According to the Oslo-based consultancy, hydrocarbon production on the United Kingdom’s continental shelf (UKCS) has dropped steadily since its peak at 4.3 million barrels of oil equivalent per day (boepd) in 1999, never exceeding 2 million boepd after 2010.

Promising exploration results by Hurricane Energy in fractured basement reservoirs, previously untapped in the UK, were until earlier this year expected to revive the country’s output to 2.1 million boepd by 2035, according to Rystad Energy’s estimates. Now those hopes have been dashed. 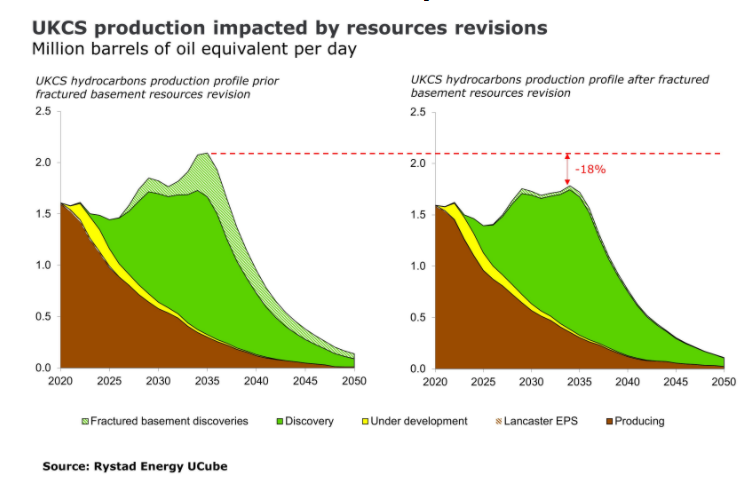 Following the situation, this is a major blow to the outlook for the UK’s future petroleum production, as fractured basement resources were estimated to account for nearly one-fifth of the future oil and gas output from the UKCS.

Following Rystad’s projections, the production will never again exceed the threshold of 2 million boepd, but will instead reach a maximum of 1.7 million boepd in 2035 before dwindling to nearly nothing by the middle of the century.

The entire UKCS long-term production forecast has been impacted quite significantly. The main takeaway here is that we may never again see any significant production upsurge in UKCS production. A possible game-changer could now only be a development of technical skills for producing from fractured basement reservoirs to increase the recovery factor.