Both were classified as CAT 4 incidents, which means the perpetrators were not armed and the crew was not harmed.

The first incident involves the Iranian-flagged bulk carrier ‘Ganj’ in the early morning hours of 11 October, approximately 7.2 nm north west of Tanjung Tondang, Pulau Bintan, Indonesia in the eastbound lane of the TSS in the Singapore Strait

While underway and en route to Fang Cheng, China, the crew sighted three perpetrators at the stern of the ship.

A search on board the ship showed no sighting of the perpetrators. There were no missing things. 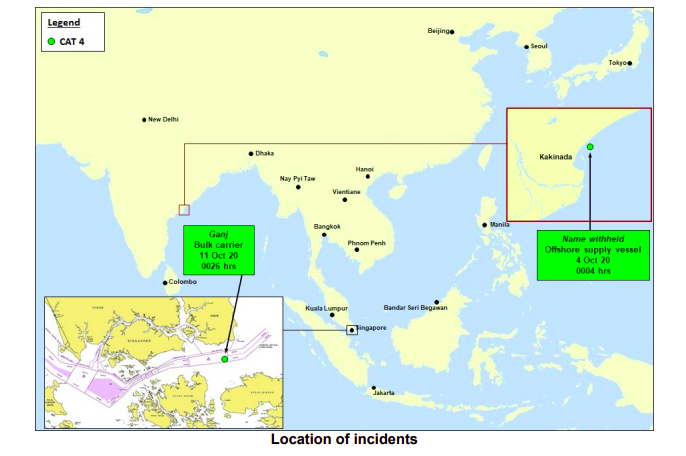 The second incident involves a Singaporean offshore supply vessel, the name of which is not available.

The crew saw the perpetrator, together with two other perpetrators, retrieving a mooring rope and then escaping in a small unlit boat.

A search on board the ship revealed one mooring rope was missing. There was no injury to crew. An Indian Coast Guard ship investigated the incident.