There are still huge challenges with crew changes, not only in the limitations of leaving or joining a ship, but also the treatment and facilities provided during quarantine. Seafarers highlighted that they are subjected to degrading and frustrating treatment, making it clear that the entire process needs to be reviewed and improved. The impact of the crew change crisis is being acutely felt, and some senior officers said this was the worst situation they have known in decades in the industry. The effect on morale and on the mental health of crew was evident, with calls for broader industry progress, particularly as the pandemic continues.

To see an increase in such a worrying and problematic time as a pandemic is surprising, though it could suggest that positives are being found in the actions of some ship owners.

The survey, conducted with the support of the Shipowners’ Club and Wallem Group, reports on the experiences of seafarers between October and December 2020. The report highlights the continued struggle with crew changeovers and workload. Yet, it also reveals that the simple steps taken by some ship owners can make a huge difference to the day to day lives of seafarers, improving mental health on board and renewing passion for their work.

The report highlights that many seafarers have reported that shipowners have started to make changes which have improved the quality of life onboard. Free data or free calls, more investment in food and new gym equipment have been appreciated according to the survey respondents. With the lack of shore leave and limited Wi-Fi as major concerns earlier in 2020, this report appears to show that shipping companies are making an effort to improve the circumstances onboard, particularly during the COVID-19 pandemic.

General happiness levels took a fall this time around, which was not surprising given the high-profile problems besetting the industry. As the report comments “seafarers are riding an emotional rollercoaster.” Signs of hope build before they are quickly dashed, and this was reflected in the written answers. The responses suggested that seafarers do not see the evidence of the industry rhetoric translating into actions. 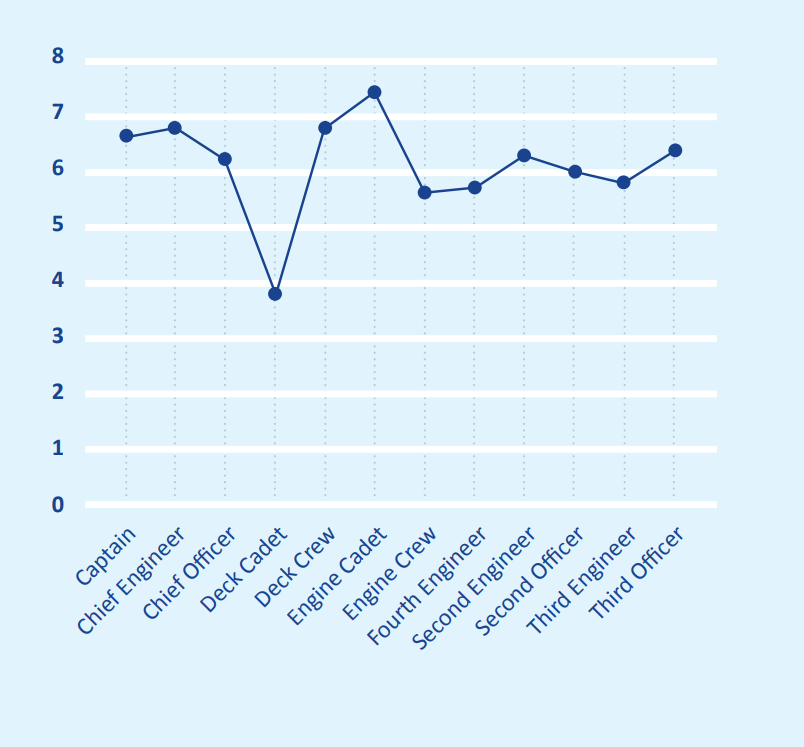 One area which saw a high response level was workload, and particularly the issue of rest. Respondents had many frustrations to vent in terms of the amount of work being done. Many seafarers claimed that the logs are flogged, the numbers fudged, and that there is a systematic failure evident. Many were the respondents that said that they felt the system is broken and they cannot deal with the problems of extended time onboard.

It is increasingly difficult, if not impossible, for seafarers to get ashore. This naturally has a significant impact on the ability to make use of seafarer centres and facilities. Once again, seafarers spoke of their frustration at not being allowed to get ashore to pop into centres, and this was reflected in the downward trend in the data.

The issue of food onboard saw quite a steep drop in the figures and seemed indicative of a sense of monotony. This is hardly surprising given that crew have been on the same vessels for many months at a time, with limited or no access to alternatives.

Training was once more, as witnessed in earlier reports, a divisive issue. Some receive great training and really embrace it, others nothing or poor quality, whilst some are responsible for their own and resent the cost and time. Once again, there is no one, single message which emerges.

Accordingly, the questions included a number of negative trends in the latest responses, but so too some positives. Some felt that the investment made by companies was on the increase,
and that this was having a positive impact onboard. One of the responds stated that “We have been lucky, it seems that the company has invested and is now arranging every possible way to provide training for crew. Happy to perform the tasks, and learning while doing so”. Training can clearly make a real difference to the mindset of crew.

There was a very small increase in regard to social interaction onboard. We received positive comments about the sense of unity onboard, and how seafarers are increasingly dependent upon each other in difficult times such as these.

On the other hand, tiredness was one of the obstacles seafarers face when it comes to interaction onboard. 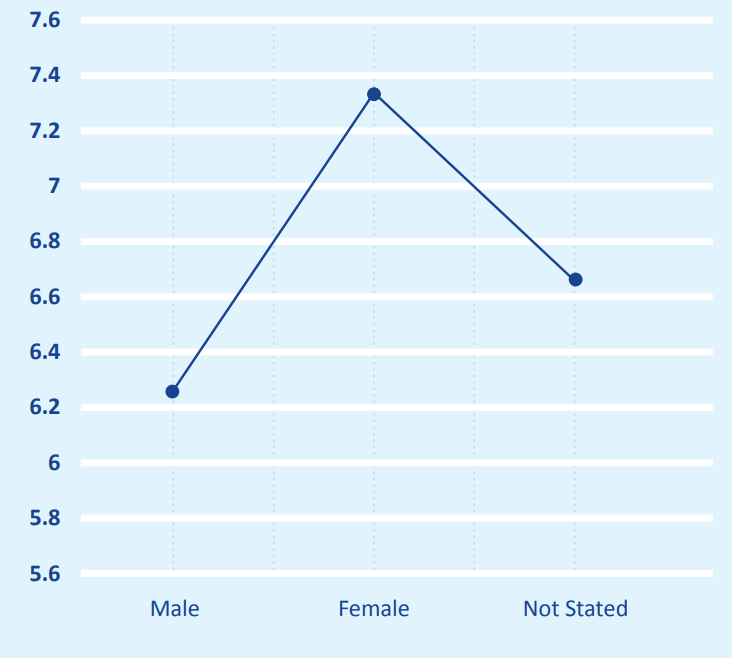 Q4 results saw females far outstripping men in terms of happiness. They have rocketed to be over a full point higher
than the levels for their male counterparts. Notably, there were fewer comments about bullying and harassment this time around.

Shore leave was another question where seafarers really opened-up and shared what they were thinking. Whilst the data did rise, the comments received painted a very different picture. However, even though the vast majority of crew are not able to get ashore, we did hear from some who thought the current arrangements were a great improvement, as it meant fewer people visiting the ship.

Satisfaction over wages saw a small increase this Quarter, perhaps driven in part by the relief that some seafarers feel at having a steady income in this difficult time. A number of respondents made the point that they felt “lucky to have a job with any money coming in”. Those still able to earn are extremely relieved to be doing so.

The level of happiness rose when it came to the ability to keep fit and healthy onboard. This appears to be another area where some companies have invested in the wellbeing of their seafarers.

Connectivity always brings out vociferous responses from seafarers. Usually, these are negative, but this time around the data rose, and so too did the tone of responses. Where usually responses are full of frustration at the lack of Wi-Fi or poor-quality at high cost, in this Quarter many respondents reported that their companies have stepped up and provided either a better or a cheaper service, or have given drastically improved free provisions to the vessel.

The Revd Canon Andrew Wright, Secretary-General of The Mission to Seafarers, commented that

Countries, organisations and governments have had plenty of time to facilitate crew change programmes and arrange logistics, and yet we continue to see a lack of shore leave, challenges with crew changes and unsupported seafarers. The positive news we see within these results is from those shipowners who have invested in onboard WiFi and gym equipment or facilitated shore leave.

Concluding, you may learn more by clicking on the report herebelow 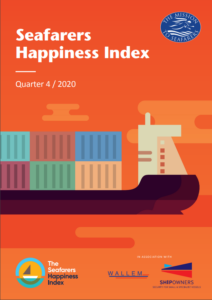