‘Golden Ray’ capsized in St. Simons Sound, Brunswick, Georgia, on September 8, leaving four of its crew members unaccounted for. The ship will be cut into eight sections; the first one took place on 29 November 2020.

While divers remove debris and sediment blocking the cutting chain from entering the cut groove for Section Seven, crews working on the topside of the wreck continue to drill holes to perforate cut lines for Section Two, a latest update by St. Simons Sound Incident Response reads.

Due to strong currents around the wreck site, dive operations are limited to slack tide conditions. Once the cutting chain is in the cut groove, responders will tension the chain and make final preparations to commence the cutting operations. 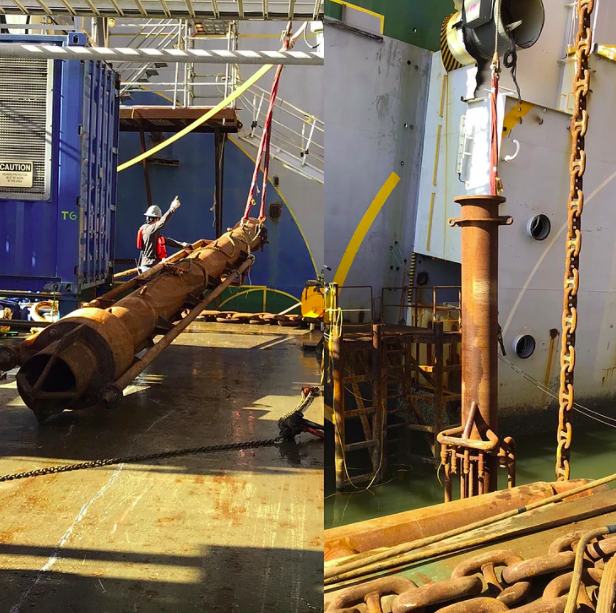 Responders utilize special equipment to remove sediment in order to clear a path for the cutting chain to move into position along the cut groove during preparations for cutting operations to separate Section Seven of the Golden Ray wreck / Credit: St. Simons Sound Incident response

The first of four dry dock barges arrived Saturday. The dry docks will be used to stow and transport inner Sections Three, Four, Five and Six from the wreck site to a staging area along the East River, where they will be partially dismantled before transiting to a recycling facility in Louisiana. The Barge 455-7 stands by to receive Section Seven once separated from the Golden Ray wreck. The Barge JULIE B will return to receive Section Two prior to removing the inner sections.

The 150-yard safety zone around the EPB is increased to 200 yards for recreational vessels.