During a five-yearly 110% load test of a lifeboat, taking place under third party supervision, the forward fall wire failed, resulting in the lifeboat falling and flipping upside down landing in the water below.

There were no personnel onboard during testing and no injuries were reported. The lifeboat was recovered to shore.

During maintenance of the lifeboat davit sheaves, the fall wire was removed by disassembling the three existing bulldog (“Crosby”) clamps on each wire termination on the davit. Once all maintenance works were completed, the fall wire was reinstalled using the original bulldog clamps, which were clamped in the same position as the original termination.

Close inspection of the wire indicated that the fall wire had slipped through the bulldog clips and released from the thimble on the turnbuckle because: 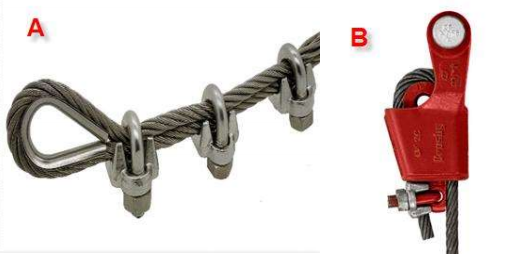