It was a summer night and a live fish carrier was on passage, while the bridge was manned by the Officer of the Watch (OOW) and an Able Seaman (AB) lookout.

It was still dark at 0430 when the AB left the bridge to prepare painting materials for the next watch.

Thereafter, the OOW was alone and sitting in the bridge chair. The OOW did not feel tired but must have drifted of to sleep as he was suddenly woken by the ECDIS safety depth alarm indicating that the water depth was less than 10m.

The OOW applied astern power and turned to port in an attempt to avoid shallow water. But it was too late, and the vessel was still underway at 4kts when it grounded. 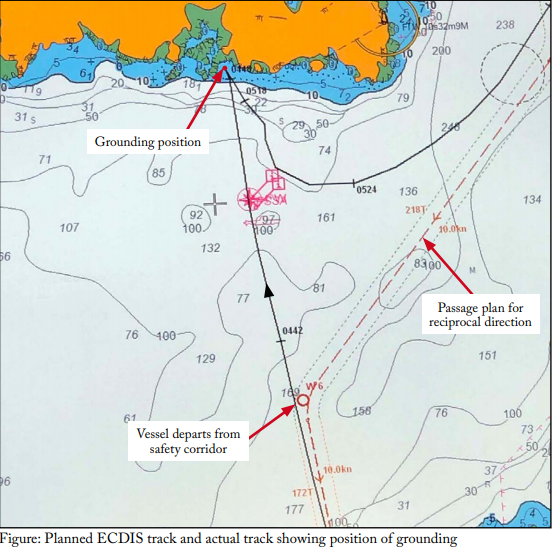 Following there, the master was called to the bridge, and an initial assessment found no internal damage. The crew refloated the vessel using its own power around 30 minutes after the grounding and headed for harbour.

Once the vessel was within mobile phone range, the coastguard was informed. An inspection by divers found some minor damage and the vessel proceeded to dry dock for repairs.

Fatigue can creep up on you. Even if you do not feel tired it is important to recognise that falling asleep is a real risk when working at night, particularly in the pre-dawn hours where circadian rhythms mean the body is most primed for sleep.