The infographic herebelow is an update of the last IG issued by IFC on the robbery taking place in the East Bound Lane of Singapore Strait. .

The shipping industry is still being challenged with the increase of piracy incidents and attacks throughout the globe. Yet, the Singapore strait remains a hot spot for this kind of incidents, with the occurrence of 21 incidents during January-August 2020.

According to the Infographic above, the key facts are that: 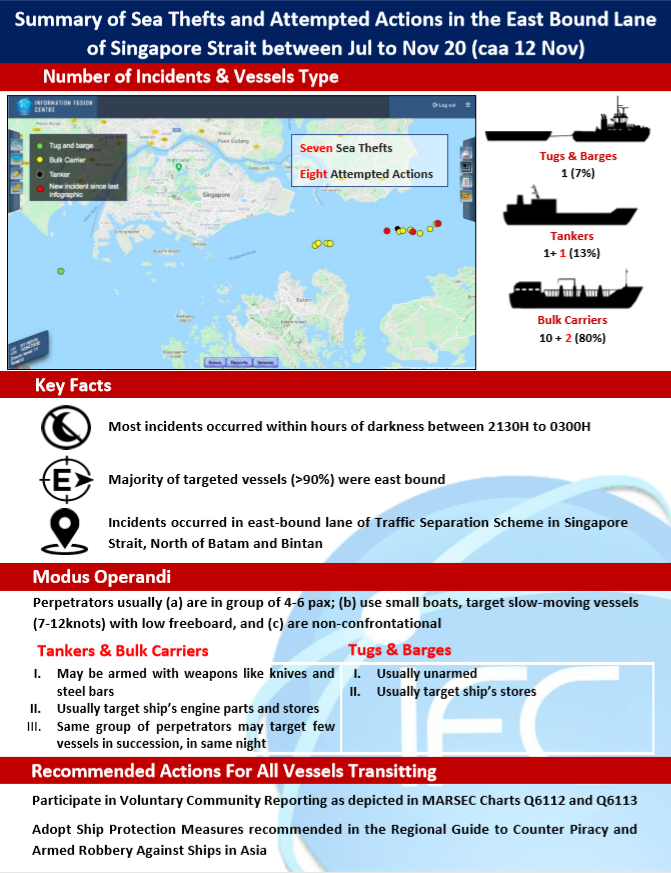 Accordingly, it is highlighted that in the most cases, the perpetrators are usually in a group of 4 to 6, using small boats. In addition, the attackers aim for slow-moving vessels with low freeboard and are non-confrontational.

In efforts to be protected, the Centre notes that concerning attacks against tankers and bulk carriers:

In the meantime, concerning tugs and barges, the Centre states that the perpetrators are usually unarmed and go for the ship’s stores.

IFC advises to adopt ship protection measures according to the Regional Guide to Counter Piracy and Armed Robbery Against ships in Asia.