Specifically, it has been reported that the Maltese-flagged aframax tanker vessel Agrari was struck by an explosive device at Al Shuqaiq anchorage in Saudi Arabia.

In a statement published by state media, the Saudi-led coalition fighting the Houthis in Yemen noted that a commercial vessel suffered minor damage from shrapnel in what it described as a foiled terrorist attack.

In addition, Dryad Global informed that the vessel was struck about 1 m above the waterline and the vessel suffered damage on the portside, resulting in a partial breach of the vessel hull and a limited oil spill.

Dryad Gloabl said in a report that

Attempts at targeting vessels and ports via such methods are reported with relative frequency with the latest report indicating that Saudi forces interdicted and destroyed an attempted WBIED targeting the Saudi port of Jizan on November 13.

Following the incident, Athens-based TMS Tankers said the Maltese-flagged vessel it managed was “attacked by an unknown source” while at berth in Shuqaiq in Saudi Arabia after it had completed discharging and was preparing to depart. 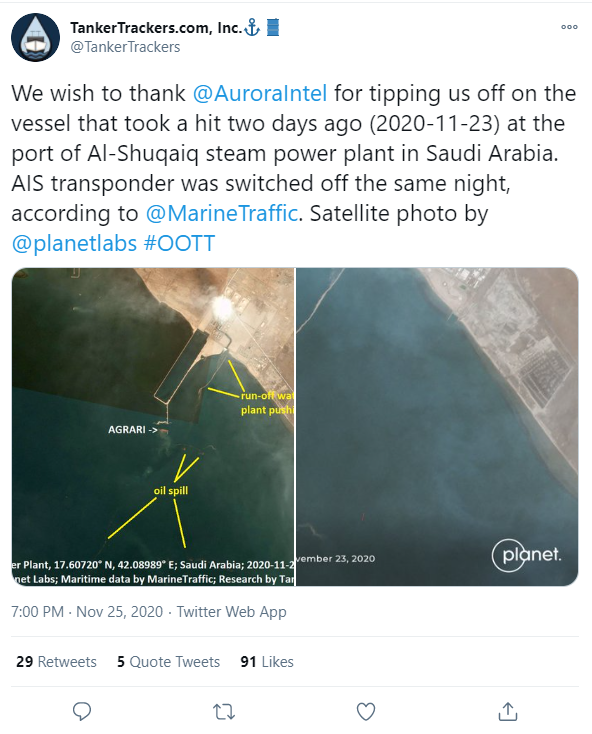