The ship had suffered a total power failure on 19 November and was later abandoned by its crew. Anastasia 1 was en route from Singapore to Dubai with 24 crew, when the incident occurred. The ship had uploaded its fuel cargo, so it had about 900 tons of bunker fuel onboard.

After days of monitoring the situation, the Indian Coast Guard had to intervene as the ship was drifting dangerously towards Kachall Island, part of the Nicobar Islands, at the southern end of the Bay of Bengal, near the Malacca Strait.

Eventually on 22 November, the Indian Coast Guard ship Vishwast towed the vessel towards safe waters, preventing grounding that could cause a vast environmental damage in the pristine area.

There was no response from the owners or the agents, the Coast Guard said. 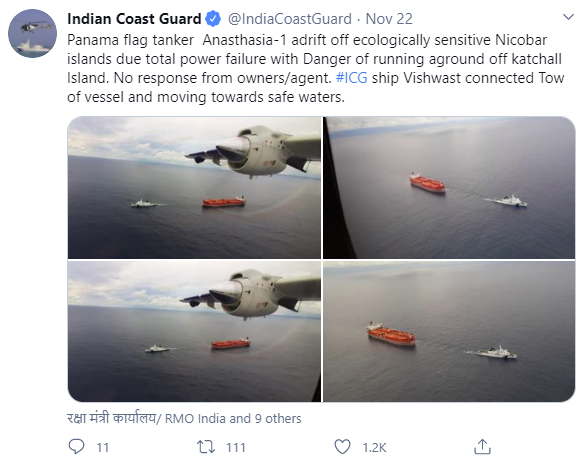