Over 2019, the CMOU Member States carried out a total of 782 inspections on ships registered under 52 flags, which is an increase of 147 or 23% over the previous year.

The Netherlands carried out the most inspections with a total of 215, followed by Trinidad and Tobago with 143.

Of those Member States reporting inspections, St. Kitts & Nevis had the lowest recorded inspections with 1.

Panama had the highest number of vessels inspected with 108 vessels out of a total of 782.

The Netherlands (BES Islands) had the highest number of deficiencies recorded with a total of 415 deficiencies, followed by France with 173 and Cayman Islands with 91.

In 2019, 11 ships were detained. The total number of detentions of the ships inspected was the same as 2018 which also saw 11 detentions.

France recorded the largest number of detentions with 3, followed by Antigua & Barbuda and Jamaica with 2.

By ship type, ‘Other Vessels’ accounted for the most detentions for the period with 6 (60%) out of the total of 10 this was followed by General Cargo with 3 detentions. 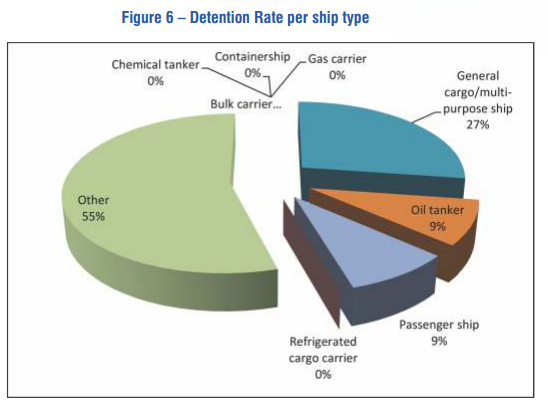 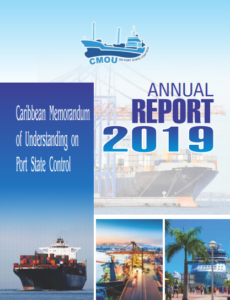