The incidents involved 1192 vessels and 433 are not included in this overview as they were accidents to people that did not involve any actual or potential casualty to the vessel.

Specifically, there were 657 accidents involving 730 commercial vessels that involved actual or potential casualties to
vessels. These are broken down in the following overview: 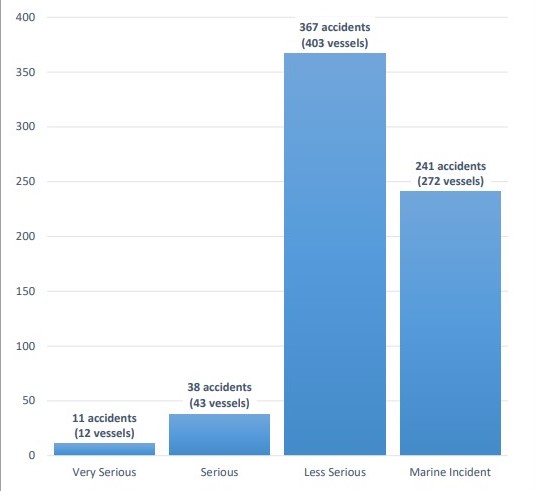 As for the reason of accidents: 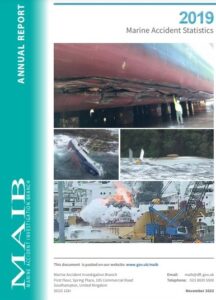