The 58,250 GT cruise ship left the shipyard’s covered building dock I (hall 5) on Friday, allowing the funnel to be lifted onto the ship by crane and mounted. The vessel underwent several tests before berthing at the outfitting pier where it will undergo additional testing and interior outfitting over coming weeks before sea trials and delivery later this year.

Meyer Werft said the luxury liner is scheduled to start her passage from the Papenburg, Germany shipyard via the River Ems to the port of Emden in August to start seas trials later on.

Spirit of Adventure is Saga Cruises’ second purpose-built cruise ship. The DNV GL classed vessel is structurally identical to sister ship, Spirit of Discovery, delivered in 2019. The cruise ship an overall length of 236 meters, a breadth of 31.2 meters and reaches a speed of 18 knots. It has 15 decks and 554 cabins—all with balconies—for 999 passengers. Designed for passengers over 50, the ship features a theater, library, golf simulator and small pool areas, as well as various bars and restaurants, a gym and spa area.

Saga said it expects to take delivery of Spirit of Adventure in the Autumn ahead of her planned November 5 inaugural sailing from Southampton to the Mediterranean. 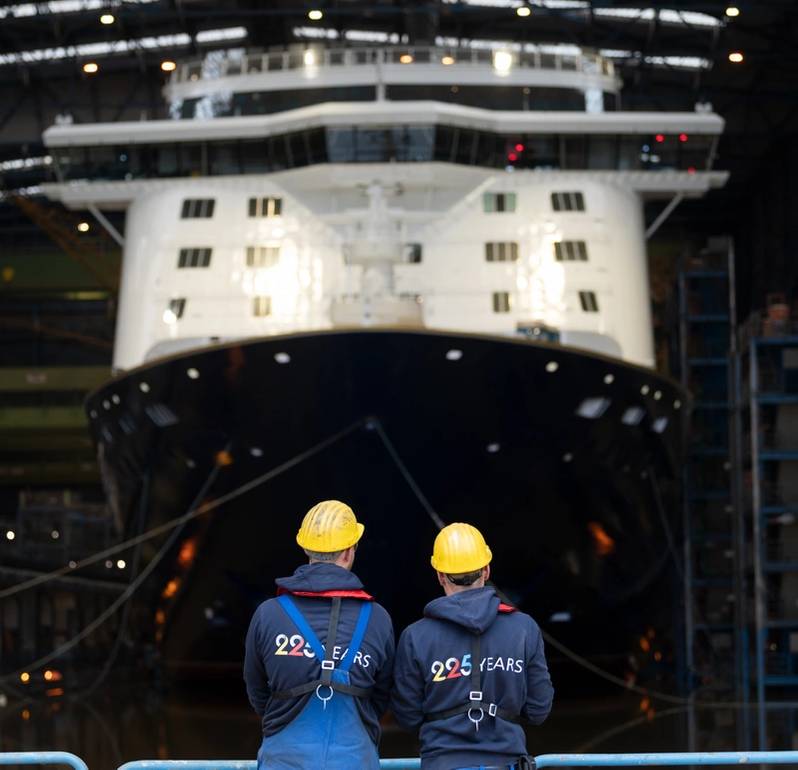 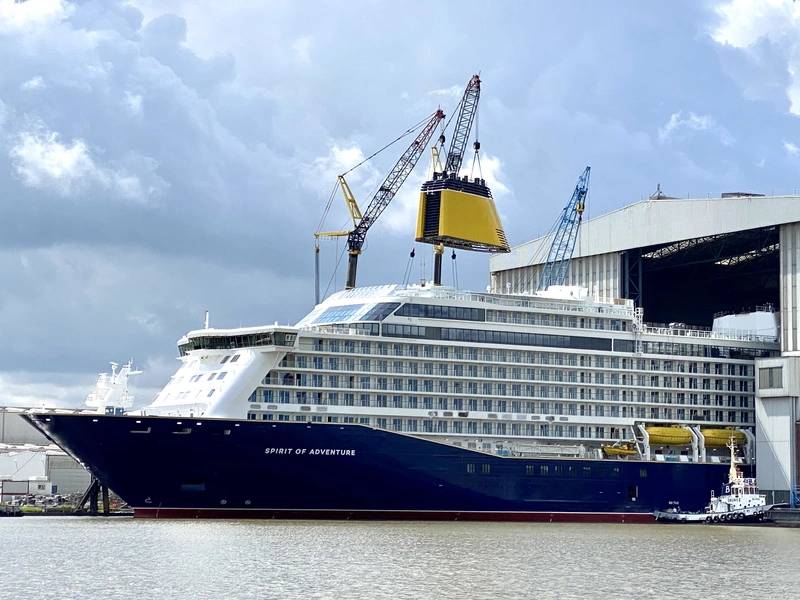 The ship’s funnel is lifted onto the ship during float out (Photo: Saga Cruises)