One of the United States’ largest and most productive heavy-gauge aluminum boat builders has been humming along at its recently expanded manufacturing facility in Roseburg, Ore.

“We are also a very customer-oriented company with the ability and the willingness to build very custom vessels to exactly meet our customer’s needs. Over 15% of the commercial boats we build annually are highly customized to the point of being totally new builds each and every time,” Blocher says.

Much of the company’s current vessels in production and on order fit into a specific part of the marine market. “Demand for patrol/mulitmission workboats seems to be holding steady from year’s past,” Blocher says. “A lot of it really depends on what [FEMA’s] Port Security Grant Program does from year to year and what agencies receive the grants. There is definitely a trend upward on the multimission style boats where they are used jointly by both fire and police.” 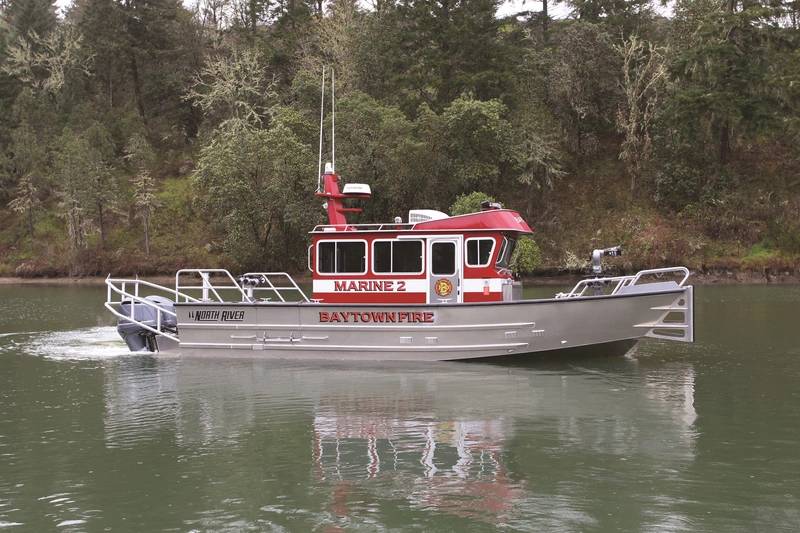 With a number of these builds underway or lined up, Blocher says North River Boats has been able to keep its shop running throughout the coronavirus pandemic, with office personnel working from home where possible. “We took very appropriate steps early to protect the safety of our employees and our customers,” he says. “Douglas County, Ore. has seen very few cases and we are now in the beginning stages of reopening.”

Over the past six months, and despite COVID-19, North River Boats delivered a handful of commercial and government boats including five patrol boats ranging from 21 to 27 feet, two charter fishing boats, two research vessels, several rigid aluminum inflatable vessels (RAIV), a pair of gillnetters and a few multisession vessels such as a 33-foot survey/patrol boat and a 30-foot fire boat/landing craft, among others.

North River Boats currently has a healthy backlog that includes an array of commercial and government vessels under construction or waiting to enter production this year. These include a number of fire, pilot and patrol boats and other multimission vessels, as well as an assortment of charter fishing vessels.

Looking ahead to potential long-term market impacts from the coronavirus, Blocher says, “It is too early to determine how much of an effect this will have overall, but we are optimistic that the impacts will be minimized as much as possible.” 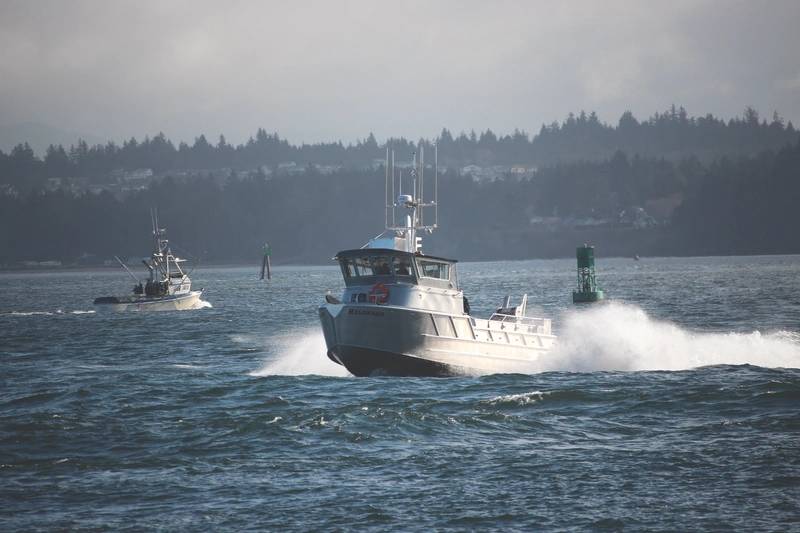 Two 32 x 15’ 6” Bristol Bay Gillnet boats built this year. One features a Scania 750 hp engine and HI 500 waterjets, and the other is equipped with a MAN 730 hp engine with conventional prop shaft. (Photo: North River Boats)