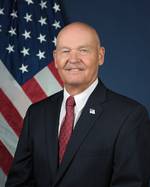 The Shipbuilders Council of America (SCA), the national association representing the U.S. shipyard industry, today honored Maritime Administration (MARAD) Administrator Mark H. Buzby with the SCA Maritime Leadership Award during this year’s virtual advocacy meeting. The Award is given annually to national leaders who demonstrate exemplary dedication and support of the U.S. shipbuilding and repair industry.

“Rear Admiral Buzby has dedicated his life to military and public service to protect the United States’ national and domestic security, and on behalf of the hundreds of thousands of hardworking men and women of our industry, we are bestowing on him the Shipbuilders Council of America’s highest honor – the 2020 SCA Maritime Leadership Award,” said Matthew Paxton, president of SCA. “Administrator Buzby personifies this award, which recognizes exemplary support for the crucial contributions shipbuilders, maintainers, and suppliers make to our nation, and we thank him for his decades of maritime leadership.

“I want to thank SCA for this honor. I know we share a passionate commitment to a strong and growing U.S. maritime industry, and particularly the necessity to foster and strengthen U.S. shipbuilding, which is an indispensable component of our defense industrial base. I appreciate this recognition and SCA’s leadership on behalf of the roughly 400,000 Americans whose jobs depend on this vital industry,” said Maritime Administrator Mark H. Buzby.

Rear Admiral Buzby has served as Administrator of MARAD since August 2017. Before this appointment, Buzby was president of the National Defense Transportation Association, a position he has held since retiring from the U.S. Navy in 2013 with more than 34 years of dedicated service to the United States. Buzby commanded destroyer USS CARNEY (DDG 64), Destroyer Squadron THIRTY-ONE, Surface Warfare Officers School Command, Joint Task Force GUANTANAMO BAY, and the Navy’s Military Sealift Command. He also served ashore on the staffs of SIXTH Fleet, U.S. Fleet Forces Command, the Navy staff, and the Joint Staff. He is a proud graduate of the U.S. Merchant Marine Academy.