The Port of Aarhus and UZMAR Shipyard connected May 29 via video conference to finalize a contract for the construction of a new RAmparts 3000 series tugboat for delivery in summer 2021.

Denmark’s largest container port said it invested approximately 45 million DKK, or roughly $6.8 million, to acquire the newbuild, which will be far more eco-friendly, efficient and powerful than the vessel it will replace. The port cited strength, precision and environmental sustainability as key reasons behind its decision to replace the 40-year-old Hermes, which will be sold once its replacement arrives.

Port of Aarhus Chief Commercial Officer Nicolai Krøyer says that after an EU tender, the tugboat was purchased by the Turkish shipyard Uzmar Shipbuilding because they offered the best complete solution.

“The yard lived up to all our minimum requirements, and at the same time they can deliver a tugboat that can sail on one engine as we sail back and forth to the ship to be towed, while we can use both of the ship’s engines during the actual towing,” says Krøyer, who points out that it will lead to a nice reduction of CO2 emission.

“But not only does it have great strength, it also has significantly better maneuverability and thus efficiency and precision in the work it will undertake. It can assist the very large vessels arriving at Aarhus with pronounced precision, as it is delivered with a so-called ASD system (Azimuth Stern Drive),” Krøyer says.

In the future, the Port of Aarhus will also be able to assist East Jutland’s Fire Department from the water side with the new tugboat, as it will be delivered with a fire fighting system.

Aarhus Port’s second tugboat, Aros, continues to work in the port, and will be used with the new tugboat in cases where two tugboats are needed when entering and leaving the port. 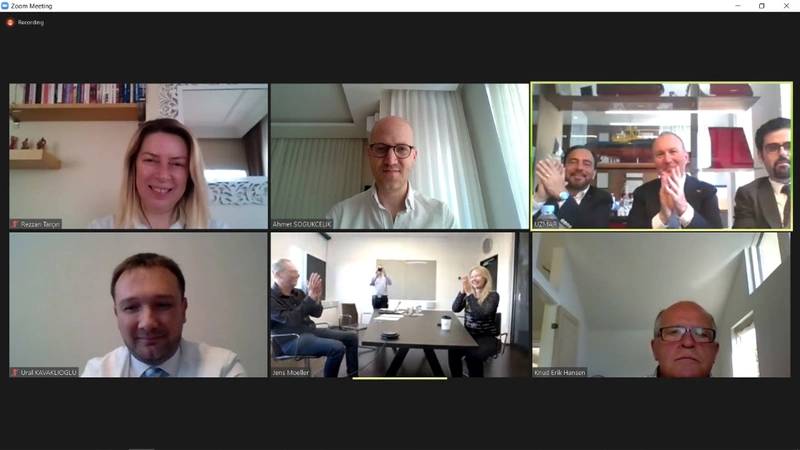