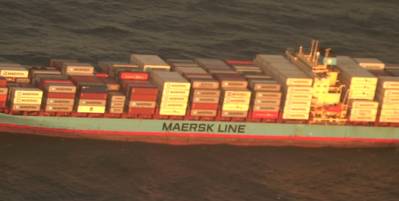 A crewmember burned by an engine room blast aboard Danish-flagged Laura Maersk off the U.S. East Coast was transported by helicopter to a hospital in Norfolk, Va. (U.S. Coast Guard video by Air Station Elizabeth City)

The U.S. Coast Guard said it medevaced a Maersk containership crewmember injured by an engine room blast that disabled the vessel off the U.S. East Coast.

The Coast Guard said watchstanders at its Fifth District command center received a report on Thursday evening that an explosion occurred in the engine room of the Danish-flagged cargo ship Laura Maersk, which burned a crewmember and disabled the vessel.

Aircrews aboard an MH-60 Jayhawk helicopter and an HC-130 Hercules airplane from Air Station Elizabeth City, N.C. launched to medevac the injured crewmember.

Because the disabled containership was several hundred miles offshore, the Coast Guard coordinated with U.S. Fleet Forces Command to have the helicopter land on the U.S. Navy Arleigh Burke-class destroyer USS Mahan (DDG 72) to refuel before conducting the medevac. 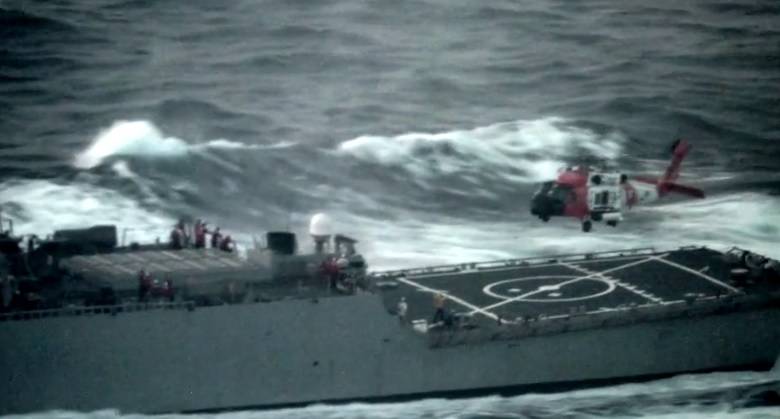 Once on scene approximately 275 miles off the coast of Ocean City, Md., the helicopter aircrew hoisted the burn victim from the 266-meter box ship and transported him to Norfolk Sentara General Hospital in Norfolk, Va.

The crewmember’s condition is unknown.

A plan is being developed to salvage the disabled Laura Maersk, a 4,258 TEU containership built in 2001. AIS data retrieved on Saturday showed the vessel was still adrift with no tug in range.

“U.S. Fleet Forces Command and the USS Mahan were instrumental in getting this crewmember help as soon as possible,” said Lt. David Steele, command duty officer during the case “This case highlights how good communications in a highly complex situation allows us to work together seamlessly to help those in need.”

USS Mahan is homeported in Norfolk, Va. and is part of Destroyer Squadron 22. 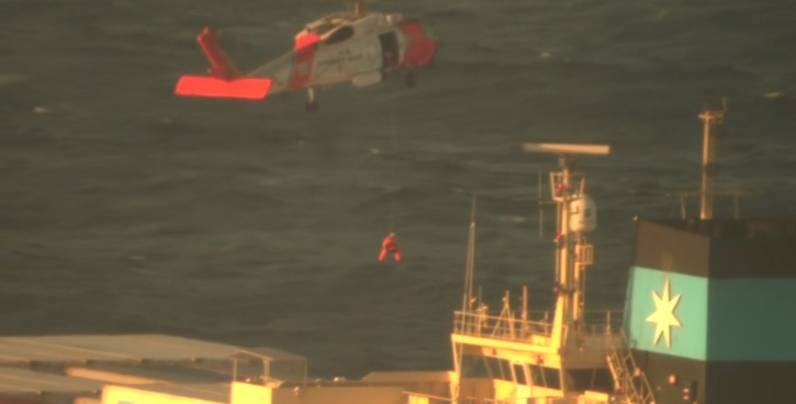