2020 looks to be very different from 2019.  In the wake of the COVID-19 pandemic, blast furnaces have been idled and heavy manufacturing throughout the Great Lakes and those facilities throughout the country reliant on steel from the integrated mills temporarily shuttered.  Some vessels on both sides of the Great Lakes, Canadian and U.S.-flags, stayed in layup following the traditional opening of the shipping season on March 25 when the locks at Sault Ste. Marie, Michigan open allowing cargos, particularly iron ore and grain, to be moved from ports on Lake Superior to destinations on the lower four lakes, St. Lawrence Seaway, and internationally.  Since then, some vessels that did sail returned to layup status as cargos have thinned out. 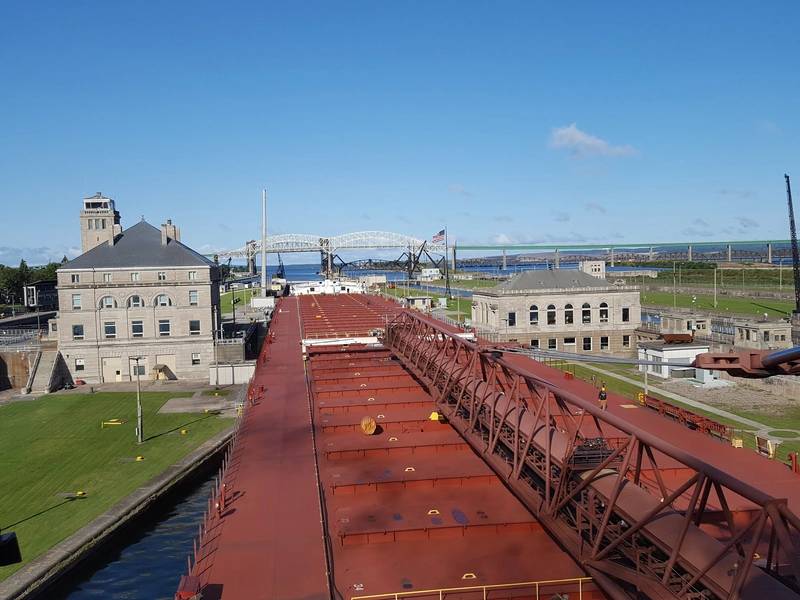 Of paramount importance is ballast water and how it is proposed to be regulated on the Great Lakes.  Canada, a signatory to the International Maritime Organization’s Ballast Water Management Convention, has proposed in their ballast water regulations to not only regulate the discharge of ballast water to meet international standards but also the uptake of ballast water and its discharge in waters of the United States, effectively creating an economic disparity favoring Canadian vessels carrying U.S. cargos to Canadian ports.  Lake Carriers’ filed a petition with the U.S. Federal Maritime Commission alleging discrimination against the U.S.-flag fleet.  The FMC unanimously voted to accept the petition and initiate an investigation into the allegations under Section 19(1)(b) of the 1920 Merchant Marine Act.  For years both governments and advocates for fair regulation of ballast water have championed a “compatible” and “harmonized” approach.  Canada’s regulation has thrown that to the wind.

At the time of this writing, the U.S. Environmental Protection Agency’s draft regulations on ballast water management have yet to be published.
An aging U.S. and Canadian Coast Guard fleet of icebreakers is hampering shipping during the ice season before and after the closing and opening of the Soo Locks at Sault Ste. Marie, Michigan, when cargo delivery is particularly critical.  This is when ice blankets many of the lakes, choking pinch points like the St. Marys River, Green Bay, St. Clair and Detroit rivers, and ports and harbors throughout the system.  This past season, mild by any year-to-year comparison, still saw delays in sailing and vessels beset.  Congress authorized a new heavy icebreaker for the Great Lakes, a sister to the MACKINAW.  They’ve appropriated funds for the U.S. Coast Guard (USCG) to begin the design and construction process but so far USCG has held Congress at bay with little to no tangible activity that will result in the new icebreaker.

But the good news continues on the new large lock at Sault Ste. Marie, Michigan; a twin to the 51-year-old Poe Lock.  First authorized in 1986 and reauthorized by Congress in 2007 at full federal expense, funding finally started flowing two years ago, thanks in large part to $50 million in seed money from the State of Michigan to jumpstart the project.  This spring construction work began as deepening of the upstream approach to the new lock got under way.  “Efficient funding” was provided this year and so the design and phased construction can continue, maximizing the U.S. Army Corps of Engineers capabilities.  With continued efficient funding the new lock could be ready to open in seven or so years.  Next year’s budget request from the President is substantial, $123.2 million, but falls short of FY 21 efficient funding by $50 million. Either Congress will have to fill the gap, the Corps will have to move discretionary workplan funds to the project as they did this year, or a combination of both to keep construction on schedule.

Work continues on two new U.S.-flag Great Lakes vessels, known as “lakers.”  The first to sail, later this summer, will be VanEnkevort Tug and Barge’s MICHIGAN TRADER, a 740-foot self-unloading articulated tug/barge unit.  The other vessel is a 639-foot self-propelled, self-unloading vessel for the Interlake Steamship Company scheduled for completion in 2022.  Both vessels are being built in Sturgeon Bay, Wisconsin by Fincantieri Bay Shipbuilding.  Meanwhile, owners and operators of the U.S.-flag Great Lakes fleet spent $97 million on regular maintenance and upgrades at shipyards throughout the Great Lakes during the 2020 winter layup.

Economic predictions for a recovery are broad and even divergent.  How and when U.S. manufacturing rebounds and commercial maritime on the Great Lakes responds will be unfolding over in the coming months and sailing seasons but as always, the U.S.-flag Great Lakes fleet is nimble and ready to move cargo. 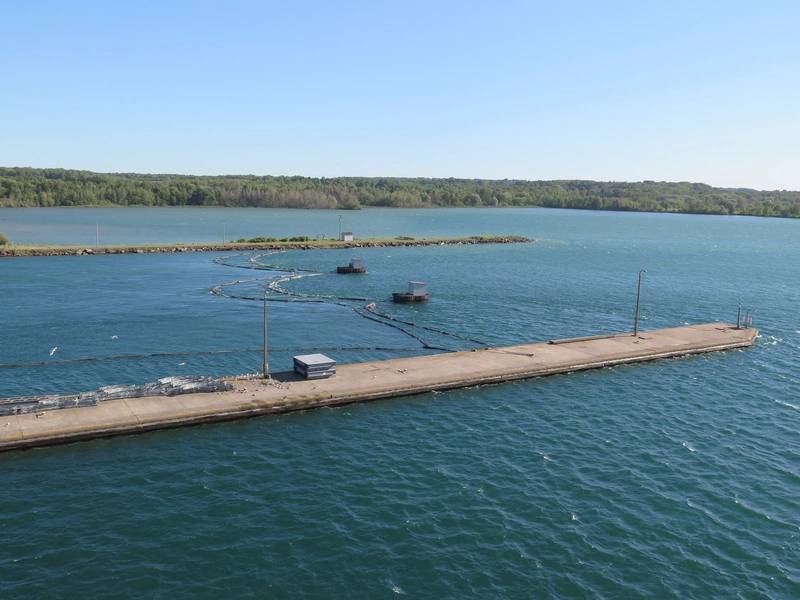