The two new ferries are the first in the company’s new Island Class, based on Damen’s 81-meter Road Ferry 8117E3 design and built at Damen Shipyards Galati in Romania.

Equipped with Corvus energy storage systems (ESS), the diesel-electric hybrid ferries are prepared for fully battery-powered, zero-emissions operation in the future. Until electrical charging systems are in place, the ferries will use a low sulphur diesel generator and battery hybrid system. 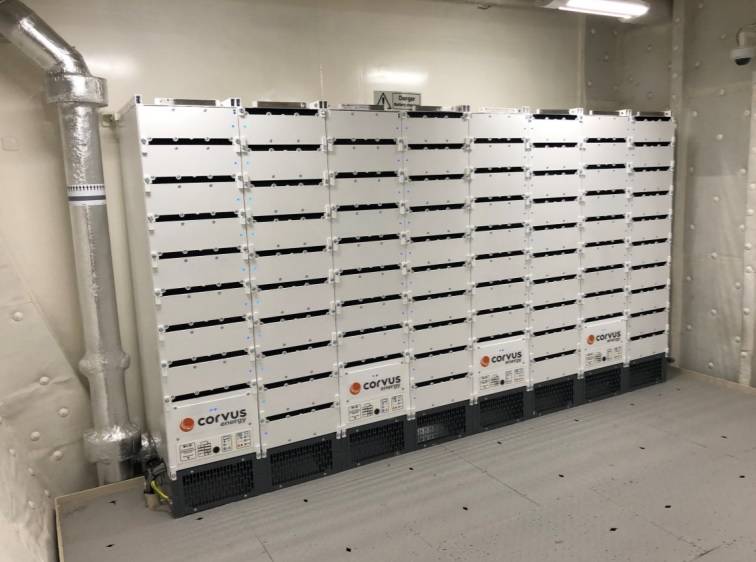 One of the two 400 kilowatt-hour (kWh) battery banks on each Island Class vessel, supplied by Corvus Energy. (Photo: BC Ferries)

From the hull design to the engines, the new vessels are engineered to reduce underwater radiated noise and lower emissions, BC Ferries said.

Each vessel is designed to carry 47 vehicles and up to 450 passengers and crew.

Partial funding for the two newbuilds was provided by the federal government through the Provincial – Territorial Infrastructure Component – National and Regional Projects.

Island Discovery and Island Aurora are part of BC Ferries fleet renewal program and will replace the 59-year old North Island Princess and 53-year old Quadra Queen II, which will become a relief vessel in the BC Ferries’ fleet.

In November 2017, Damen announced that it had secured a repeat order from BC Ferries for four additional Island Class ferries. 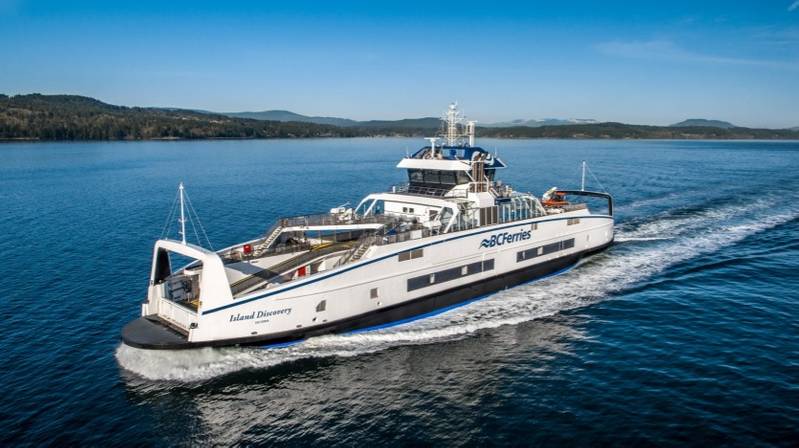