A salvage plan is being developed to refloat a barge that went aground in the lower St. Marys River, near Sweets Point, Mich.

At 12:30 a.m. Wednesday, the U.S. Coast Guard Sector Sault Sainte Marie Command Center received notification that the 302-foot barge PML2501 towed by the 132-foot towing vessel Anglian Lady grounded in the lower St. Marys River. Both assets are Canadian and had been en route from Sault Sainte Marie, Ont. to Burns Harbor, Ind. at the time of the incident. No injuries have been reported.

A Coast Guard helicopter from Air Station Traverse City conducted an overflight of the area and did not identify any release of pollution from the barge, which is carrying 3,622 metric tons of coal tar and approximately 6,340 gallons of diesel fuel.

The barge is currently stable after taking on water in a ballast tank. It is not impeding navigation in the federal channel of the St. Marys River.

The owner of the aground barge, Purvis Marine, enacted its vessel response plan and is developing a salvage plan for the barge PML2501 to be submitted to the Coast Guard for review.

The Coast Guard established a safety zone around the barge that requires all vessels to remain at least 500 yards away.

Coast Guard marine casualty investigators and pollution responders are on scene to investigate the incident, including its cause and any potential damage, and to ensure proper mitigation of potential negative impacts to the environment. 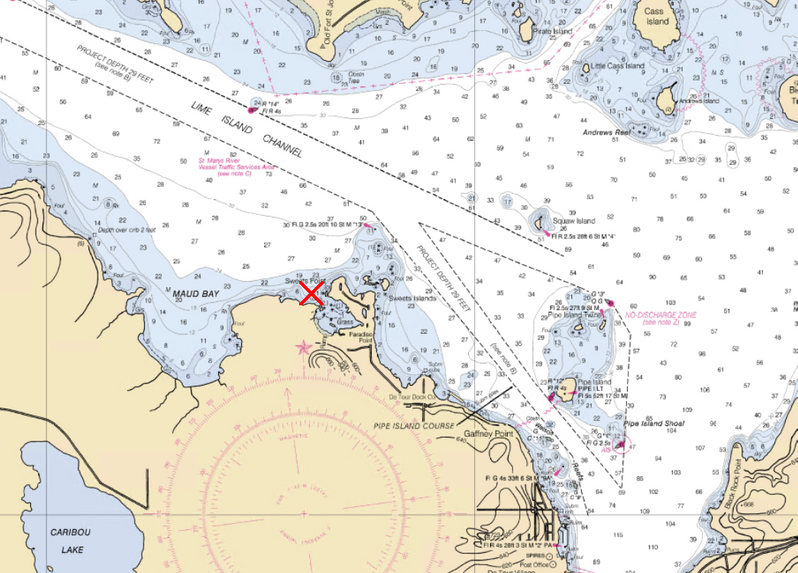