With a record response of 104 ports from around the world, the summary of the latest IAPH-WPSP Port Economic Impact Barometer for weeks 22 and 23 highlights the following trends:

• Blank sailings, mainly on trade routes with the Far East, continue to affect results for container vessel calls, albeit with lesser impact than the last five weeks. 39% of the ports’ container ship calls fell in the last two weeks by 5 to 25% (45% of week 21), with 6% experiencing significant drop (in excess of 25%)
• Ports continue to take a major hit from lower passenger vessel calls, including both PAX and ROPAX ships as well as cruise vessels, with 62% reporting further drops in vessel calls in the last fortnight
• 76% of the ports report normal or return-to-normal operations in cross-border transport by truck – higher than past weeks, with 92% reporting normal operations for trucks arriving or leaving the port at this time of year. However actual volumes on the road are significantly lower in many regions, especially in South America
• Both rail and barge intermodal services see less delays caused by the COVID-19 situation, with respectively 87% and 80% of applicable ports reporting normal operation
• Mixed picture for capacity use at warehousing and storage facilities in ports as the contagion’s impact varies more and more between regions, with a slight overall trend towards under-utilization, especially in countries emerging from lockdown
• Only 13% of the ports participating mention facing shortages of dockworkers, this is the lowest since the survey began

On the last point however, some port participants have suffered from low dockworker availability more than others depending on average age of the workforce. More than one port has a 30% incidence of workers over sixty either being unavailable or being obliged to take leave as a precaution due to being in the risk category by age. 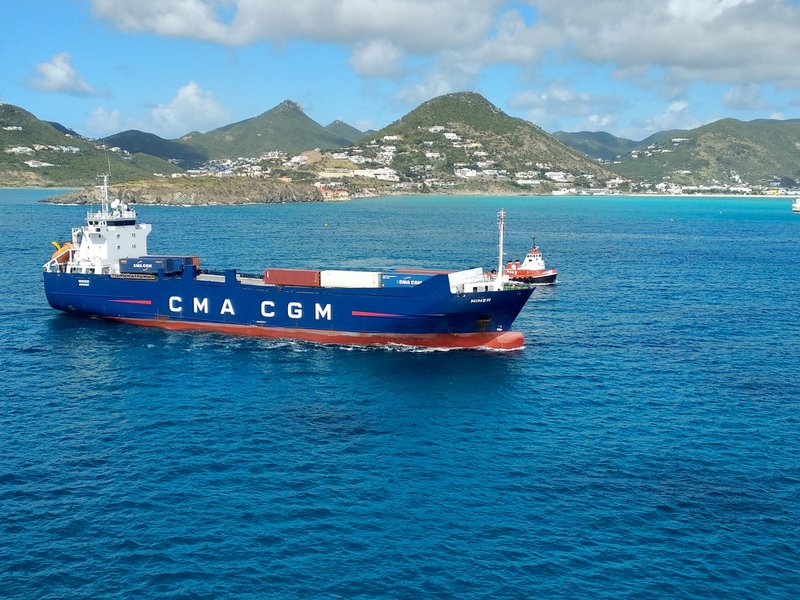 This week’s report focuses on the first theme, i.e. the evolution in the number of vessels calls, by comparing global results with regional results. Three regions are considered: Europe, North America and Central and South America. The regional findings for Africa, Asia and Oceania are not reported separately given the lower number of responding ports.

COVID-19 has resulted in a large number of blank sailings mainly on the trade routes with the Far East. These blank sailings have particularly affected the number of mainline vessel calls at hub ports, with a peak in Europe during week 19. Other regions do not appear to have reached a peak as yet but are also clearly negatively impacted.

Professor Theo Notteboom, who co-authors the report , commented : “Overall, a very fragmented situation for container shipping is becoming evident: some alliances have revamped services, whilst others are keeping cancellations. Some are keeping hi-frequency feeders to major regional ports. A new regional concept for transshipment appears to be emerging.”

The cruise/passenger market has been heavily impacted by the COVID-19 contagion. In the past weeks, about 61-62% of ports around the world are confronted with a decline in passenger vessel calls of more than 50%, in some cases even down more than 90%. This share peaked in week 19 (76%).

As regards passenger services, several European countries (e.g. Finland, Greece, Italy, Spain) have lifted previous restrictions on passenger transport excluding cruises. Cruise traffic remains highly restricted, with many governments and health ministries imposing bans, some of which are being enforced for the rest of the year.

Co-author Professor Thanos Pallis concluded : “Some cruise-dependent ports have reopened cruise terminals, shops and restaurants under strict conditions such as widespread use of liquid antiseptics, large ventilation fans and social distancing. However any full recovery will only commence once bans put in place by national governments begin to get lifted.”
Source: IAPH, World Ports Sustainability Program