The British Ports Association’s Chairman, Martin Lawlor, today reflected on the ports industry’s response to the coronavirus at the Association’s 28th annual general meeting (AGM). Mr Lawlor highlighted the sector’s resilience and critical role in keeping goods such as food and medicines moving during the pandemic, praising the industry’s ‘hidden’ key workers. Mr Lawlor, who is Chief Executive of the Port of Blyth was speaking to attendees via video link as the AGM was held virtually for the first time.

The ports sector has found itself high on the political agenda again this year, with ongoing EU negotiations, the covid-19 pandemic, and freeports all priorities for an administration in London that is still only 8 months old.

Our industry’s key workers have kept goods moving into the country throughout this once-in-a-lifetime event. The ports industry has again shown how effective and efficient it is, responding to unprecedented retail circumstances. Most parts of the industry have had an understandably difficult year – from ferries and bulks to leisure, cruise and fishing – demand has fallen away but many ports have remained open to facilitate critical freight. Such uncertainty has put a great deal of strain on the sector and at times like this, a good and close relationship with administrations across the UK has been vital in communicating our needs to those in power.

There has been a lot of talk about a green recovery, and the ports industry recognises that in these difficult times there is an opportunity to rebuild better. The next 12 months will in all likelihood be harder than the last 12, with an uncertain economic situation and the biggest change to our trade and border framework in a generation. The BPA’s work during these times is more important than ever and we look forward to a continuing dialogue with UK, Scottish, Welsh and Northern Irish administrations. There is a growing and long-overdue recognition of the foundational role ports can play in supporting regional and national economies and we will continue to advance the sector’s positive influence at every opportunity. 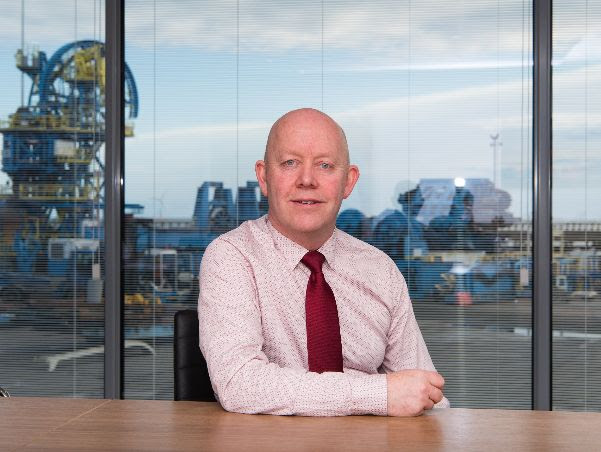 At the AGM a new Council was elected to set the BPA’s strategy and oversee the work of the Association for the next two years. For the first time Associated British Ports (ABP), the UK’s largest port operator, will be on the Council after it recently joined the BPA as a full member. Andrew Harston, ABP’s Short Sea and Welsh Ports Director will represent the group and will be joined by Joe O’Neil, the CEO of Belfast Harbour, Bill Reeves, the CEO of Portland Port and Sinclair Browne, the CEO of the Port of Inverness, who all join what is in effect the BPA’s board. Commenting on the election, Mr Lawlor said:

Over the next two years the BPA Council will play a key role in setting an ambitious strategy in an ever changing economic and political climate. The BPA will need to respond to a number of developments, including the Coronavirus recovery, the sustainability and how ports move towards net zero targets. Major changes will also come from new Freeport designations and the UK’s departure from the EU. How we as a sector respond to these events will be key.
Source: The British Ports Association