The increase in economic activity during the summer months is clearly reflected in the increase in goods traffic in the world’s main ports, a positive trend in the rise of commercial activity that is also seen in the decrease of the idle fleet to 2.7% when, at the height of the Covid-19 crisis, it exceeded 11%. Thus, the Valencia Containerised Freight Index (VCFI) in September once again grew for the second month running at a rate of 1.68% to reach 1,269.05 points, thus accumulating growth since January 2018 of 26.91%.

Activity with the Eastern regions has experienced an upward trend in recent months, which is reflected in the growth of freight rates in these areas. Proof of this improvement in commercial activity is the record for container traffic reached by the port of Valencia in August, which for the first time in its history has exceeded 500,000 TEUs moved, making it the first Spanish port to reach this figure, a trend that continues in the first half of September. 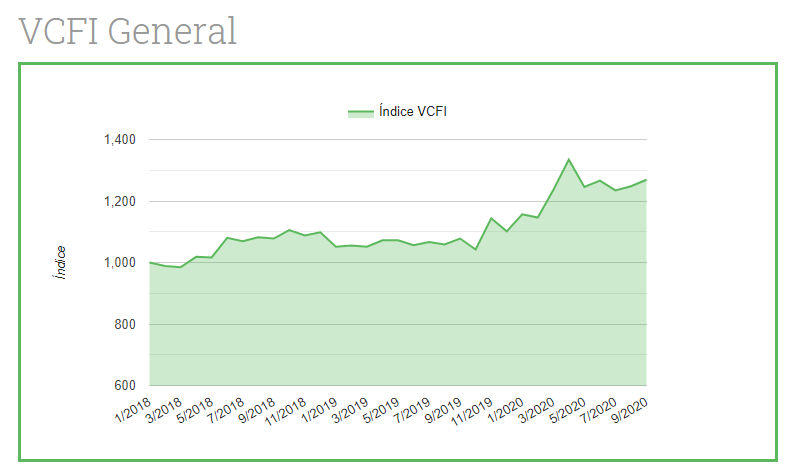 However, given the improved levels of demand in the last quarter, the number of blank sailings has progressively fallen and the idle fleet been reduced. In the space of just a month, the idle fleet has gone from 4.1% of the total active fleet and 969,000 TEUs in mid-August to 2.7% and 644,000 TEUs (Aphaliner) in the period immediately prior to Golden Week in China.

When the performance of freights is analysed in detail by geographic area, most display the same growth trends reflected in the general VCFI. We can therefore observe how eight of these areas have seen growth on the previous month’s freight levels, in particular the Middle East (4.47%), Far East (2.66%), Pacific Latin America (2.41%) and the Indian Subcontinent (2.16%). As has been mentioned, the recovery in demand has been a determining factor and export traffic from Valenciaport with the areas indicated has seen strong growth. And so, the growth trend with most of those areas from June, combined the limitation of space on vessels, has ultimately had an impact on freights. 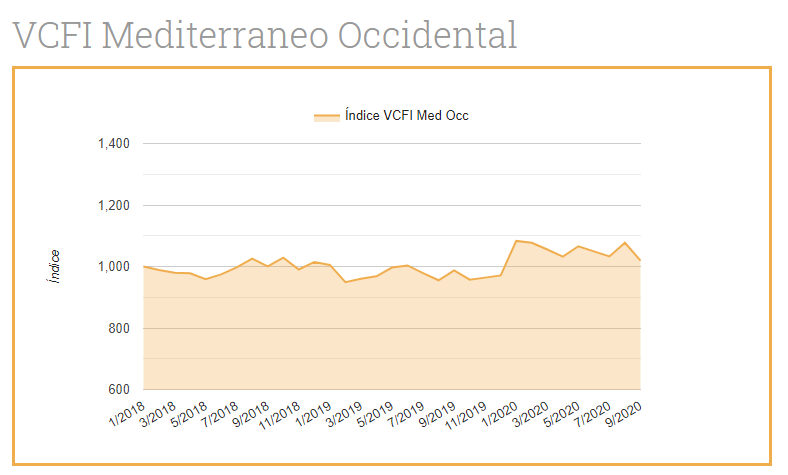 Turning to the Western Mediterranean, this is the only area where freights have seen a reduction of levels from previous months, of 5.40%, maintaining the erratic performance of the sub index throughout 2020. In this regard, there is considerable variation in terms of the evolution of traffic from Valencia with the three countries concerned. While traffic with Morocco has continued to grow since May with volumes far and above those reached for the same period in 2019, Algeria and Tunisia have seen a continued decline in export flows from Valencia since June. 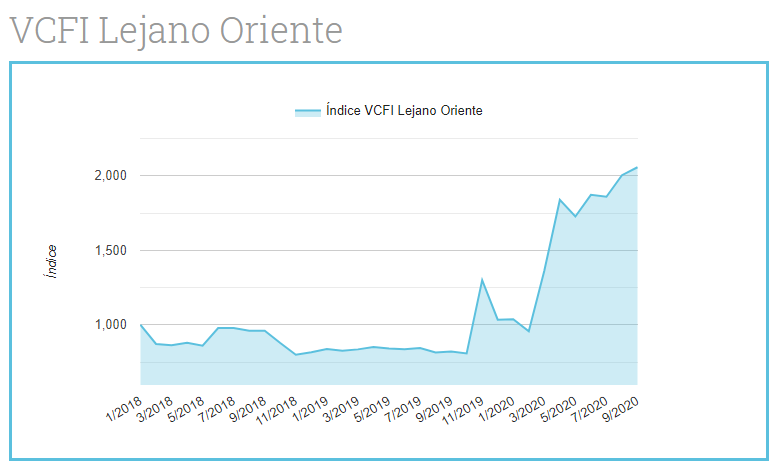 For its part the Far East has seen an increase in freight levels for the second consecutive month with a rate of 2.66% compared to the previous month. The solid performance of traffic from Valencia to China, maintaining continued, intense growth since June, is placing pressure on freights, standing at 2,057.26 points, with accumulated growth of 105.73%, taking the index to its historic high since its first publication.
Source: Valencia Port