The Suez Canal Authority (SCA) has asked HR Wallingford for support in its continual quest to maximise the potential of this crucial maritime route. HR Wallingford is to supply numerical and physical modelling systems to the SCA, which will help it to further develop the canal, ports and coastline, keeping it abreast with the evolution of vessels and maintaining a competitive edge.

HR Wallingford is to establish a suite of numerical hydraulic models for the entire canal system, as well the port approaches in the Mediterranean Sea and Gulf of Suez. The canal is one of the world’s most heavily used shipping lanes, transited by 18,000 vessels in 2019. The hydraulic experts will also supply a bespoke state-of-the-art wave generation system for the flume in SCA’s research centre, which will be used for studies requiring a physical model.

HR Wallingford’s model will be the most comprehensive that has ever been created of the canal. It will incorporate current flows, waves, and sediment transport, and cover neighbouring coastal areas and ports, as well as the canal itself. To create the model, the HR Wallingford team will use the open source TELEMAC suite. This offers the major advantage of allowing the SCA to make its own modifications and updates in the future, if required. As well as preparing the model, the contract also covers HR Wallingford training the SCA in its use and installing the software at its research centre in Egypt. 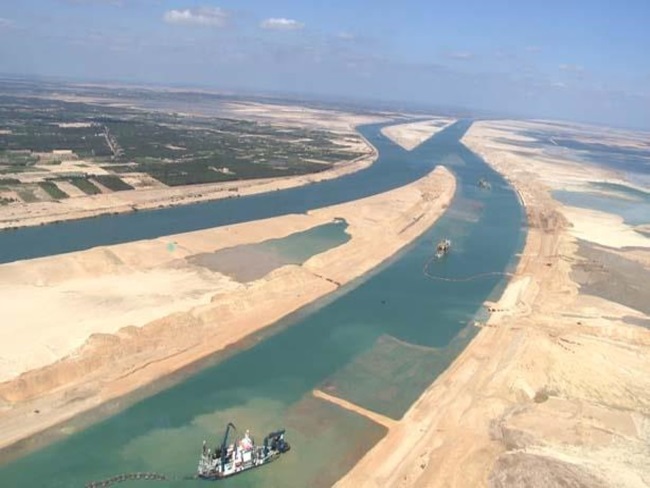 HR Wallingford’s wave generation system is also destined to be installed in the Suez Canal Research Centre, as a permanent part of its existing research flume. To create the bespoke single paddle flume wave generation system, the team will first design the equipment to fit within the existing structure using Solidworks design software, drawing on their extensive experience of constructing wave generation systems for a wide range of global customers.

The new wavemaker will use the signal wave generation software, HR Merlin, which is able to produce regular and irregular waves, covering all the most commonly used spectra. The contract also includes installation together with the experienced HR Wallingford team commissioning the equipment on site and the training of staff in its use and maintenance.

George Safwat, SCA spokesperson said: “We have worked on various development projects since digging the Suez Canal 150 years ago to keep abreast with evolutions in the shipping sector, in addition to maximising the Canal’s competitive advantages. 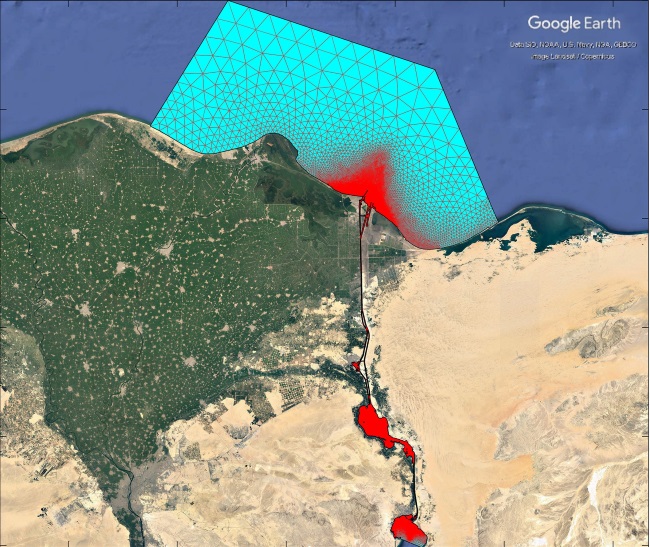 Meshing the canal and approaches

“We aim to maintain the Canal’s position as one of the most significant maritime routes in the world, and we wish to have the best research facilities to back this, which is why we have awarded this contract to HR Wallingford. The Suez Canal is very important for the Egyptian people and our economy.”

HR Wallingford’s Senior Engineer Giulia Sforzi said: “Modelling such an iconic shipping route, and supplying a wave generation system, is a great honour for us. We believe that our leading-edge tools and models will be of great benefit in keeping this important route operating at its full potential.”