After the cooperation in the cruise industry, port directors Koen Overtoom (Amsterdam) and Peter van de Meerakker (IJmuiden) found each other in the development of the old Averijhaven into an offshore port for wind farms. To this end, a consortium was recently set up between the province of North Holland, the municipality of Velsen and the two port companies. ”A great boost for us.”

When will the first ships be able to berth in the new port?

Van de Meerakker: ‘A lot still needs to be done. We are therefore aiming for a delivery date early 2025. It is of course very easy to be optimistic towards the market at the end of 2023 or the beginning of 2024, but we opt for certainty. 2025 is a hard date on which the wind turbine builders can count. Parties that construct a wind farm in 2024 do not yet have to count richly on our new energy port’. 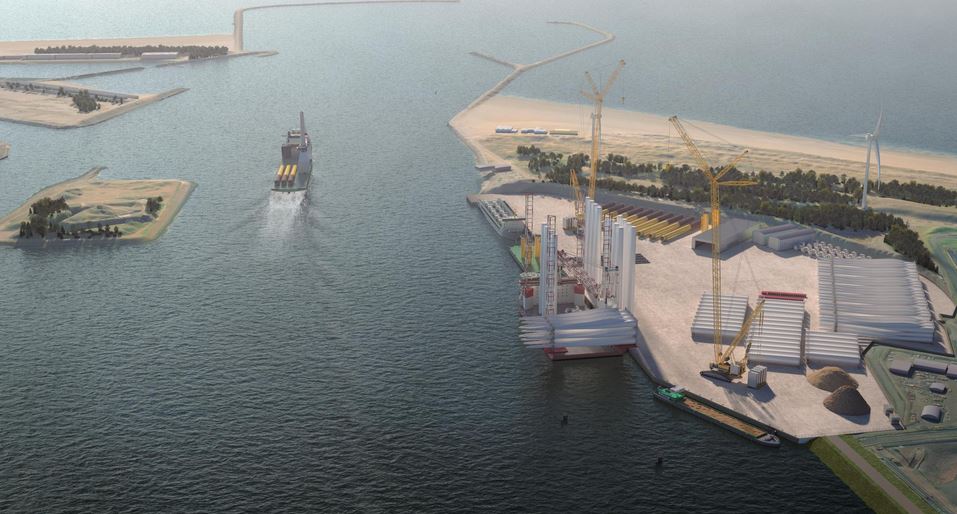 The central government is investing around 60 million euros in the project. What are the port companies, Velsen and Noord-Holland investing in the development of the offshore port?

Overtoom: ‘That’s a bit sensitive, because we still have to conclude contracts with contractors for the development of the site. Of course we did make a business case, but there are also a number of variable factors in it with a view to construction. So we can’t say anything about it yet’.

(Laughter) Van de Meerakker: ‘No, you know how that goes. Then again there are market parties who want to know prices. It’s still a long way off in time’.

Van de Meerakker: “Let’s keep it there for now.

The Averijhaven is owned by the central government. Are you taking over the ten-hectare site or has another way been devised?

Overtoom: ‘Buying it was never an option. As a consortium, we are taking over the area on a long lease for a period of fifty years’.

What about the 5 hectares that the nearby steel company Tata Steel is handing over to the offshore port?

Van de Meerakker: ‘We rent that for a period of 20 years. In addition, agreements have been made about the use of Tata Steel’s road network.
Source: Port of Amsterdam