A recent trial with the digital information platform PortXchange (formerly known as Pronto) at APM Terminals Rotterdam yielded a significant reduction in the average idle time on departure of Maersk vessels. This had benefits for everyone involved: the terminal, the shipping line, the ship agent and the nautical service providers.

Participants in the trial were APMT, Maersk, the ship agent Inchcape Shipping Services (ISS), the towing services Svitzer and Fairplay and the local pilots of Loodswezen. A baseline measurement among 177 ships had established that on average, vessels wait 47 minutes before leaving the quay after cargo handling at the terminal has been rounded off. Surely there are opportunities to cut this ‘idle time on departure’.

Minimising idle time
‘As the port of Rotterdam, we continue to invest in efficient port calls,’ says Anne Geelhoed, business consultant at the Port of Rotterdam Authority. ‘Ships need to be able to efficiently depart from the facility after cargo handling. We need to minimise the time between when a vessel orders nautical services and its actual departure. We can all take optimal advantage of the available resources to this end.’ PortXchange allows the Port of Rotterdam Authority to facilitate the exchange of plannings and real-time status updates between all parties involved. This offers insight into when nautical services have been ordered and when they’ve been rounded off. As soon as the terminal operator can predict when cargo handling will be rounded off, it can contact the agent to order nautical services. PortXchange notifies the nautical service providers well in advance how late they are expected at the terminal.

Mutual understanding
It’s important to swiftly update the other parties in the chain on any possible delays at the terminal or in the provision of nautical services. This will enable them to adapt their planning if need be. For example, a tug can choose to serve another vessel first, or to take more time travelling to the terminal – which can help save fuel. To make this work, you need to work together, which is why the participants in the trial gave each other a look behind the scenes. Among other things, the team paid a visit to Fairplay’s planning department. ‘You gain a better understanding of each other’s processes, challenges and considerations,’ says Michiel Zeevaart of ISS. Ivo Terpstra (APMT) agrees: ‘You develop a broader perspective on the chain. Which factors can lead to delays? Who takes action when?’ Eddo Idzinga (Maersk): ‘This allows you to quickly move forward without having to make complicated data analyses.’ 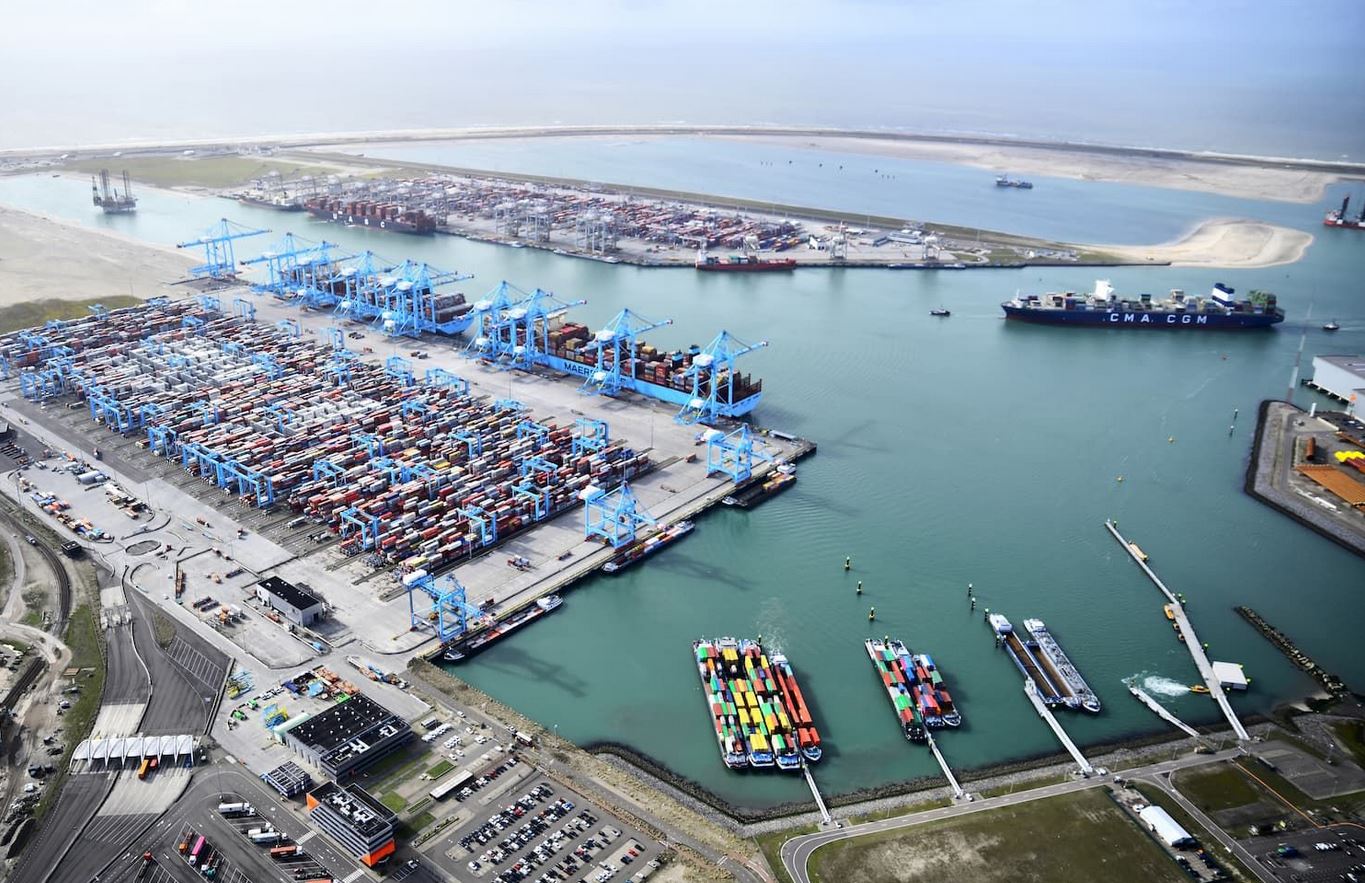 Review and predict
After the start of the trial in September 2019, the partners met every week to jointly compare the plannings – and their actual execution. They mainly focussed on ships with an idle time on departure of over 45 minutes. Geelhoed: ‘We can use the data in PortXchange to determine which calls are delayed, and why. If bunkering is scheduled too closely to the departure time, you can jointly anticipate what comes next. Can bunkering be moved forward, or should we ask the nautical service providers to come by later?’

Substantial time savings
By January, the average idle time on departure had decreased from 47 to 32 minutes. According to Michiel Zeevaart, the terminal’s regular updates played a significant role in this improvement. ‘You’re basically focussed on your own processes and tend to assume that the terminal is ready from the moment that the nautical service providers have been ordered. In the old days, delays and early completions at the terminals often weren’t reported. Now they are.’ Terpstra, who is an enthusiastic champion of PortXchange within APMT, says this is also a matter of common decency: ‘Something can always crop up that prevents us from making our planning. At which point it makes sense to notify people – since we’re the party that ordered services.’

Easy updating
The Fairplay towing service has a lot to gain from quickly receiving the very latest information, says Fairplay manager Set van den Bout: ‘It messes up our planning if our tugs are forced to wait. Any tugboat that is sent out to a ship can’t be deployed elsewhere. And in many cases, the same tug that accompanies the departing vessel also brings the next one in.’ Fairplay, ISS and Maersk would like to receive even more updates from the terminal than they do today. Van den Bout: ‘Why don’t we turn it into a game? Include KPIs in PortXchange and evaluate them once a month. How often did a sea-going vessel that ordered services manage to depart at the agreed-upon time?’

Maintain focus
The collaborating parties are following PortXchange’s on-going development with great interest and urge other parties in the sector to join the platform. They have announced that they will continue to use PortXchange. Van den Bout: ‘The further integration of PortXchange in HaMIS, among other systems, would help us to improve our overview even further. That’s the programme listing which tugboats have been ordered.’ Idzinga: ‘The port of Rotterdam has already made considerable strides when it comes to improving efficiency. Still, we should keep in mind that minor delays can also lead to high costs when added up. It’s all about predictability and reliability. Let’s maintain the focus acquired during the trial.’

Follow-up steps
In the meantime, a large share of Rotterdam’s container sector has already joined PortXchange – including all deep sea terminals. Right now, the Port of Rotterdam Authority is focusing on connecting other segments. Geelhoed: ‘You also find a lot of chain parties within liquid and dry bulk shipping. Here too, PortXchange can contribute to more efficient collaboration. In addition to the nautical service providers, we are already working together with surveyors, water-based service providers like waste and wastewater collection services and suppliers on shore. Combined with our solid infrastructure, our ongoing efforts to facilitate collaboration within the chain make Rotterdam an attractive port to do business with.’
Source: Port of Rotterdam