Poland’s biggest port, the Port of Gdansk, has signed a letter of intent with the Ukrainian Sea Ports Authority to open up a new alternative transport corridor between the Black Sea and the Baltic.

Details of the agreement are being formally unveiled after an MoU was set up during an official visit to Ukraine by the Polish President Andrzej Duda in October.

Port of Gdansk President Lukasz Greinke said a working group has been established to promote the new ‘Black Sea to the Baltic’ route with a focus on transporting container cargo by rail between Gdansk and primarily Odessa, Ukraine’s biggest port. He confirmed the planned train route is: Port Gdańsk – Warsaw – (Terminal Sławków – Hrubieszów) – Dorohusk or Medyka – Kiev – Ukrainian ports (Odessa, Czernomorsk, Yuzhnyj). He said the aim initially is to run the service once a week with a train departing from Gdansk to Ukraine with a separate service departing weekly from Ukrainian ports to Gdansk.

“We have two prime objectives with the new ‘Black Sea to the Baltic’ intermodal corridor,” he said. “First, we want to provide an alternative route to Western Europe for trade coming from major inland Chinese cities like Xian along the Silk Road through Kazakhstan over the Caspian Sea to Azerbaijan and Georgia and over the Black Sea to Ukraine. Second, we want to offer a new route for Ukrainian and Turkish companies wanting to transport cargo, such as ro-ro, to Central and Western Europe and on to Scandinavia via Gdansk. We are already speaking with Turkish ship owners and freight forwarders about the benefits of the new corridor in terms of speed and efficiency. We see this new route as an exciting element of our plans to grow tonnage through the port to 50million tonnes in 2021 rising to 60million in five years.”

The Polish Government’s Minister for Infrastructure Andrzej Adamczyk said: “The cooperation between the Port of Gdansk and the Ukrainian Sea Ports Authority will become the foundation for a common intermodal corridor. The agreement fits perfectly with the concept of the Three Seas Initiative, also of the Trans-Caspian Corridor .”

Mr Greinke said the Port of Gdansk and the Ukrainian Sea Ports Authority will act as coordinators for the new route’s logistics chain.

“We are not only talking about terminals located within the administrative boundaries of Ukrainian ports or the Port of Gdansk, but also land terminals located in the immediate hinterland of the ports and along the route of the Black Sea-Port Gdansk transport corridor,” he said. “The route will be supported by freight forwarding companies, as well as the customs services of Ukraine and Poland. This will ensure the smooth movement of trains at the border points.” 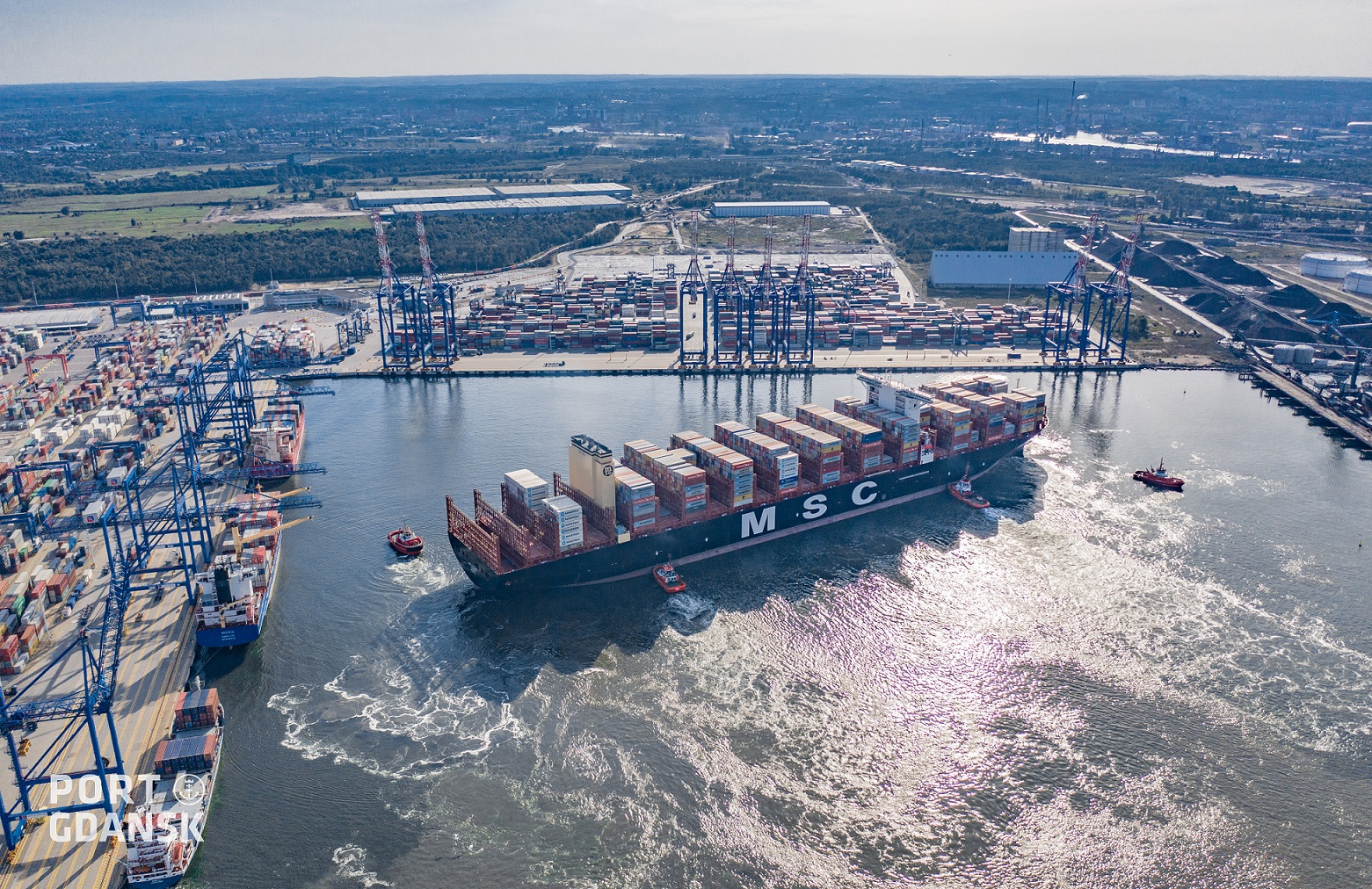 The Port of Gdansk is one of Europe’s fastest growing ports and this year broke into the top 20 biggest ports on the continent despite the disruption to international trade caused by the coronavirus crisis. The port has been able to maintain tonnage levels at around 48million tonnes for 2020 thanks to its ability to manage all cargo types. The Port of Gdansk contains DCT Gdansk, the largest container terminal in Poland, and as a result is the only Baltic port capable of receiving direct calls from Asia from the biggest ships in the world. It has a hinterland and foreland of 120million people with connectivity across Poland, the Czech Republic, Slovakia, Hungary, Ukraine, Belarus and Scandinavia.
Source: Port of Gdansk