Starting in 2021, the Port of Açu will implement the Environmental Ship Index (ESI), which rates vessels that exceed the emission standards established by the International Maritime Organization (IMO). Ships that perform better than required by the current environmental standards, including greenhouse gas emission levels, will have access to preferential port tariffs. The ESI project is headed by the World Ports Sustainability Program (WPSP), created by the International Association of Ports and Harbors (IAPH).

“We have world-class port infrastructure and capacity to welcome the largest ships in the world. By adopting the Environmental Ship Index, we make it clear that Açu is committed to participating in the global effort to reduce emissions,” explains José Firmo, CEO of Porto do Açu Operações.

The international shipping industry is estimated to account for 2% to 3% of greenhouse gas emissions in the world. Crude oil, coal, iron ore, grains, and other bulk commodities represent more than 80% of global maritime trade. 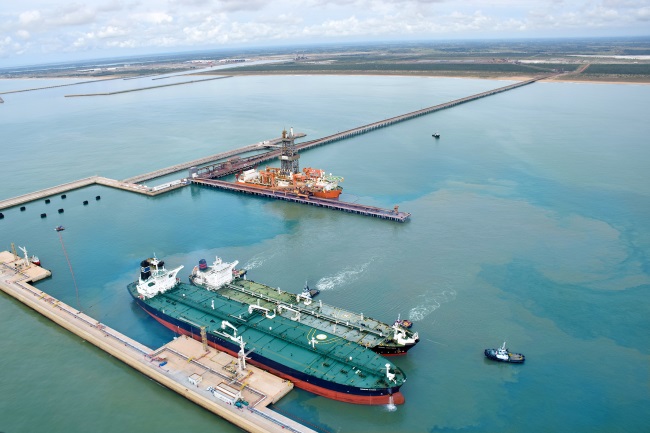 The only 100% privately-owned port in Brazil, Açu started operations in 2014. In 2019, its private terminals handled 43 million tons, ranking Açu as the third busiest port in the nation when compared to public ports, only behind Santos and Paranagua.

As a result of more than BRL 13 billion in investments, the Port of Açu is nowadays one of the largest infrastructure complexes in the country: it has the third largest iron ore terminal in Brazil, is responsible for 25% of Brazilian oil exports, is building the largest thermoelectric power enterprise in Latin America and is home to the largest offshore support base in the world. Among its clients and partnersare global powerhouses such as Anglo American, bp, Equinor, Shell and Siemens.
Source: Port of Açu