The first shipment of the bumper New South Wales winter wheat harvest will leave Port of Newcastle this afternoon on the back of record production across the state.

The departure of bulk carrier Ince Point – carrying 35,000 tonnes of wheat – marks the first major export volume of the product since 2018, following a prolonged period of drought across the Port of Newcastle catchment area.

After two days loading at the National Agri Terminal in Carrington, the ship departs for Vietnam as the first of what could be up to 60 ships carrying wheat to global markets.

The next wheat shipment is due to depart by the end of November, with the peak expected in early 2021.

The buzz at the port is matched by work throughout the supply chain, with hundreds of trains expected to deliver wheat over coming months.

Port of Newcastle Senior Manager Business Development Matt Swan said the return of wheat exports was a welcome milestone for all involved after a difficult period for everyone, particularly farmers.

“It is too early to know a potential total but there is every chance export volumes could challenge the long-term records given the bumper winter harvest in the port’s catchment,” Mr Swan said. 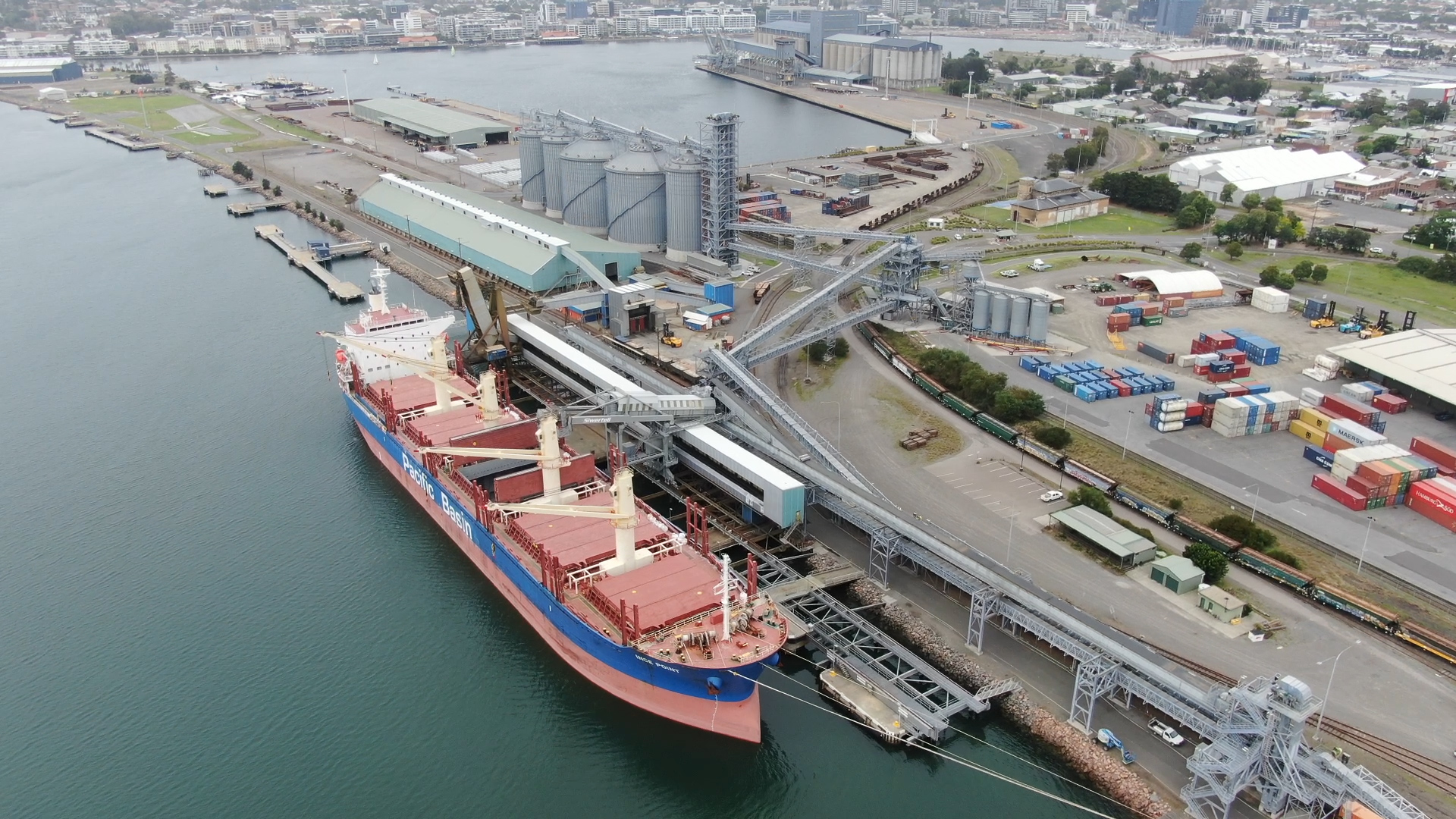 “Grain has long been a regular commodity moving through the port – it is another example of the port, coupled with enviable rail and road connections, enabling NSW importers and exporters to competitively access international markets.”

“Multiple trains, some carrying up to 4,000 tonnes of wheat, are arriving throughout the week as growers look to get their product to market earlier than previous years,” Mr Carter said.

“The port is unique on the East Coast – whether for grain or many other commodities – in its tremendous capacity for more ships and receiving the long trains needed to keep supply chain costs down and make growers more competitive.”

Stuart Tighe, CEO of Moree-based agribusiness Boolah, said while domestic consumption would take much of the harvest, there was strong appetite on the international market for grain from North West NSW, Australia’s most productive food bowl.

“The cost and efficiency of the supply chain – getting the product all the way from the farm to an overseas customer – has a major impact on the competitiveness of Australia’s grain in the international market,” Mr Tighe said.

“Growers in NSW are improving their competitiveness through fast loading at the upcountry site, access to longer trains of 1300 metres to transport the product to Port of Newcastle, and then fast unloading into the terminal facility.”
Source: Port of Newcastle