Risavika LNG front month is up 1.5 % week on week to 21.68 EUR/MWh following increase in European gas markets last week, which were highly impacted by Norwegian maintenances tightening the market.

Oil prices moved lower last week due to Saudi Arabia announcement of cuts in their official selling price (OSP) to Asia and oil import volume reduction in China, thus, oil products prices followed the same trend. Fuel oil 3.5 has dropped by 6 % to 235.48 USD/t, while low sulfur oil products (MFO 0.5 and MGO 0.1) have dropped by 7.4-7.9 % accordingly week on week, despite a draw from the inventories.

Stocks of fuel oil in the Amsterdam-Rotterdam-Antwerp (ARA) hub fell 4% to 1.057 million t in the week Sep 2, according to Insight Global. That followed an 18% fall the previous week to 1.103 million t. Availability of bunker fuel at the Dutch bunkering hub of Rotterdam has become limited, according to the sources of S&P Global Platts. However, it seems that is not enough for now to support the prices as long-term bunker demand remains uncertain.

*An estimate for LNG FOB Risavika 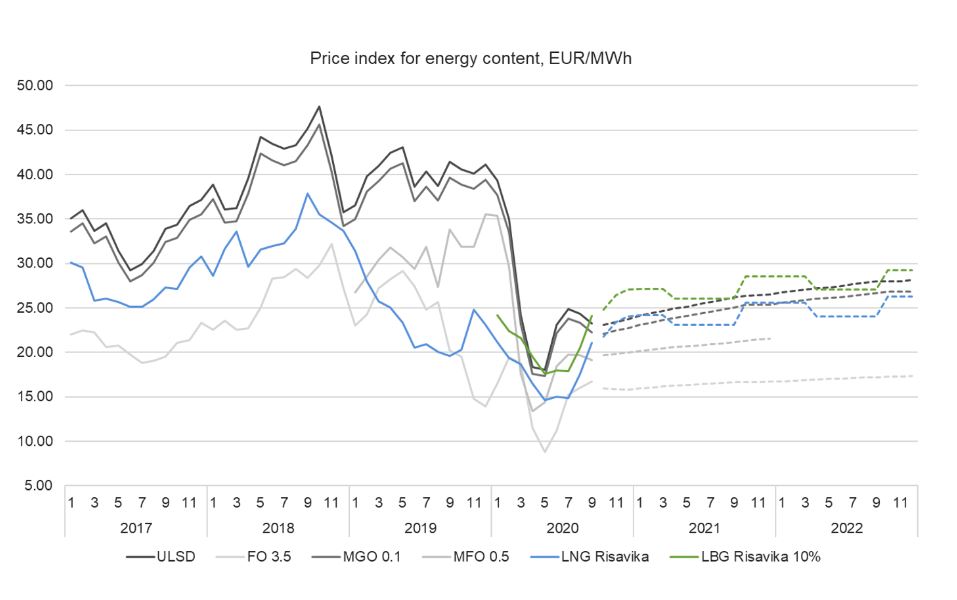