The investment is poised to further increase cargo uptake by the Standard Gauge Railway(SGR) from the Port of Mombasa to Nairobi.

A terminal tractor is semi-tractor used to move semi-trailers or cargo from one point to another within a cargo yard, warehouse facility, or an intermodal facility.

The 30 tractors are superior to the existing fleet of 102, hence are expected to help increase train trips from the seaport to the ICD-Nairobi and the Naivasha dry port.

They were commissioned on Tuesday by acting managing director Rashid Salim.

Currently, KPA in collaboration with the SGR operator-Africa Star Railway Operation Company, are doing 10 to 12 trains a day to the Nairobi ICD and between three and four trains to Naivasha.

Salim said by the time the tractors were ordered in February, they had envisioned a target of 1.6 million TEUs by the end of the year.

“However, due to the pandemic, we have decreased,” said Salim.

He said Covid-19 slowed performance between March and June but volumes have begun to pick up.

The port facility still has a cargo throughput target of 34 million tonnes. 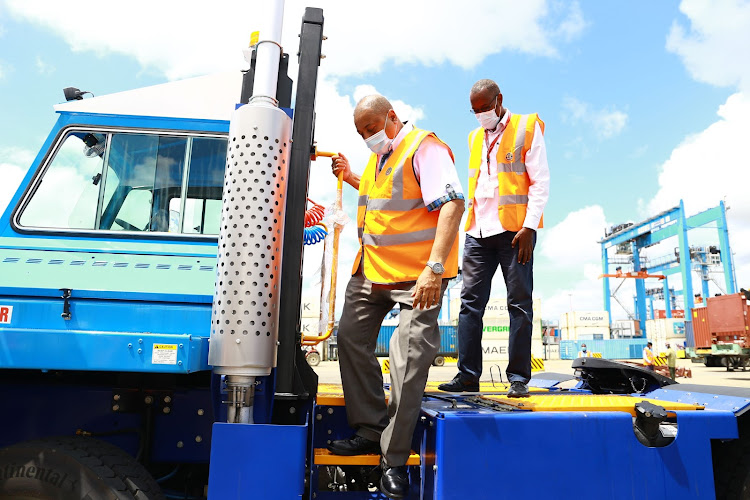 Head of terminal engineering Julius Tai said of the 30 new TTs, 25 will remain at the Port of Mombasa while five will be deployed at the Nairobi ICD.

“To us, this means an improvement in performance because these new TTs have a bigger capacity. We will have improved reliability and availability,” said Tai.

He said the new machines are part of the authority’s Equipment Replacement Program that has been running for several years now.

Next week, Salim will also be commissioning four newly assembled reach stackers, made by Karlmar and Cargotech Company, the manufacturers of the tractors.

KPA had contracted Power Parts Kenya Limited to deliver the new equipment from the manufacturer.

“We take pride in being able to deliver these TTS despite the pandemic, including vehicle parts,” said Soni.

The heavy-duty TTs were built from scratch in six months.

Michael Bokole, who is in terminal operations, said KPA has been able to maintain strategic plans despite the coronavirus pandemic.

“We are not yet performing as per our target for this year but slightly we are seeing improvement,” said Bokole.

On Monday, KPA managed to do 10 trains to Nairobi, meeting its target.

He said ship turn-around performance has also improved. No ship is waiting.

These include expansion of access roads such as at Gate 18, used by trucks, which is being expanded to three lanes for both incoming and outgoing traffic.

The current road has only two lanes each for entry and exit.

“This will give us room for quick evacuation of cargo,” the MD said, “We intend to surpass the performance of this port.”

Phase Two of the second container terminal (CT2), which is berth number 22, will be completed by August 2021.

The KPA is also building the new Kipevu Oil Terminal, which will be completed by October 2021.

The current one is more than 45 years old and its efficiency is reducing. 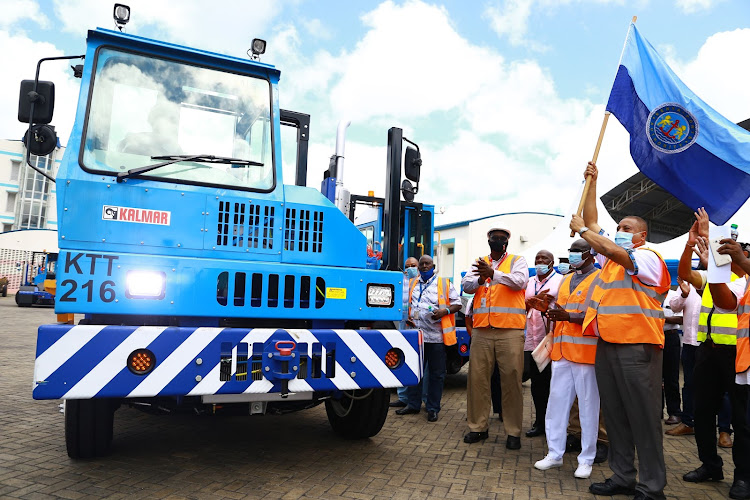