CGSA is investing USD18 million to boost the port’s capacity to handle neopanamax vessels–to be carried out in three stages. Stage one will raise the height of quay cranes 5 and 6 from 42 meters to 52 meters, and extend their boom lengths from 50 meters to 56 meters (20 rows). The second stage involves works to reinforce the docks, while stage three will further deepen Pier 1’s draft to 13.5 meters.

“This is a decisive complement to the joint commitment we have made to achieve great objectives in pursuit of the development of this sector,” said José Antonio Contreras, CGSA General Manager, who signed the contract together with Gabriel Martínez, Ecuador’s Minister of Transportation and Public Works. 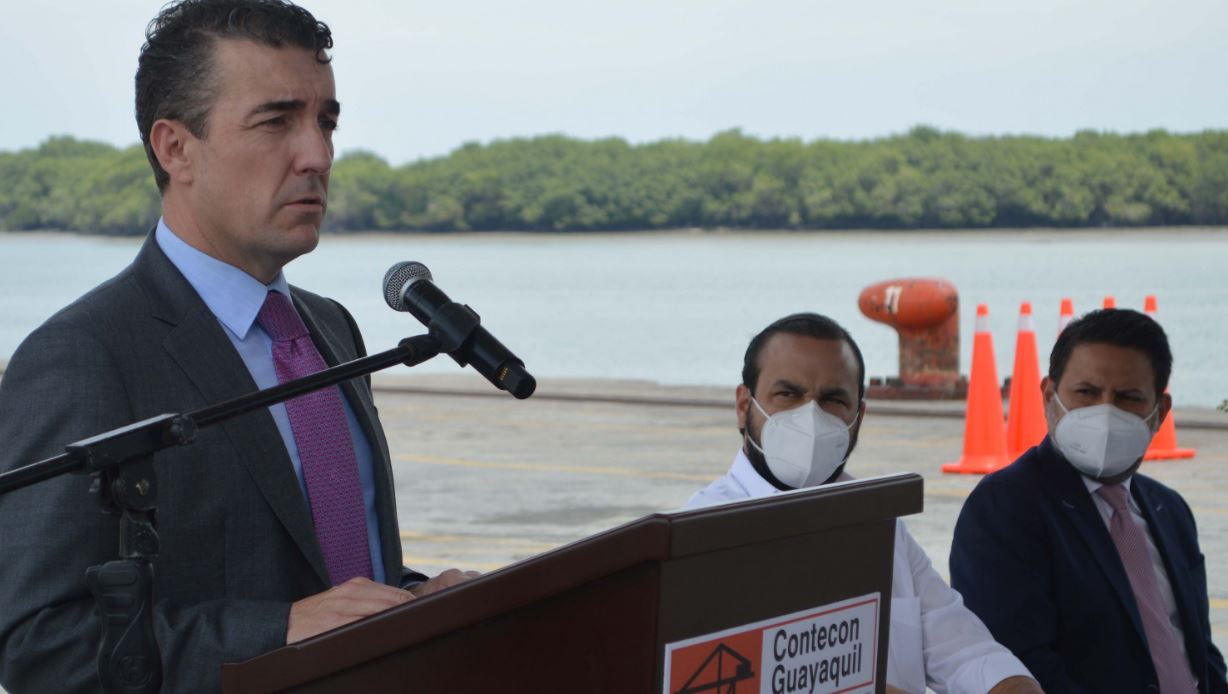 CGSA started servicing neopanamax vessels in 2019, becoming the first port in the country capable of handling this large class of containerships following the dredging of the 95-kilometer access channel leading to the Port of Guayaquil.

Beyond the contract, CGSA plans to increase the total investment amount to USD30 million as part of its commitment to enable and promote Ecuador’s foreign trade.

In 2018, CGSA spearheaded the creation of the Logistics Community of the Port of Guayaquil, which provided supply chain stakeholders with a platform for stronger collaboration. CGSA followed through by launching the first transport insurance program for Ecuador’s banana trade in 2019 to protect growers and the industry. Banana is the country’s main export product after petroleum.

CGSA has been operating at the Port of Guayaquil since 2007 under a 20-year concession. Last December, the Autoridad Portuaria de Guayaquil extended the concession period for another 20 years, allowing the company to operate until 2047.
Source: ICTSI