Following the first meeting yesterday of IAPH’s newly-established Data Collaboration Technical Committee, four immediate concrete actions were agreed upon in order to support and assist ports in accelerating digitalization as part of the industry call to action announced in June of this year.

The first, which will be based on the recent IAPH world ports survey on EDI and FAL levels of implementation, will include publication of results and submission report to IMO FAL 45 with the ambition to conceive a more permanent dashboard to track progress of ports with digitalization. Since April 2019, the FAL Convention makes it mandatory for ships and ports to exchange FAL data electronically and encourages the use of the so-called “single window” concept, in which all the many agencies and authorities involved exchange data via a single point of contact.

Secondly, as a first step towards capacity building, IAPH is working with other partners on a guidance document on FAL implementation, port community systems and port cybersecurity.

Thirdly, the Committee will set up two working groups that build on existing work already completed – one on cybersecurity following the WPSP-IAPH White Paper released in June 2020 to ensure ports understand & correctly define cyber security, conduct a gap analysis & take a step-by-step approach towards cyber resilience. The other will focus on automation following the report compiled with Port of Hamburg and Fraunhofer on autonomous vehicles’ impact on port infrastructure. 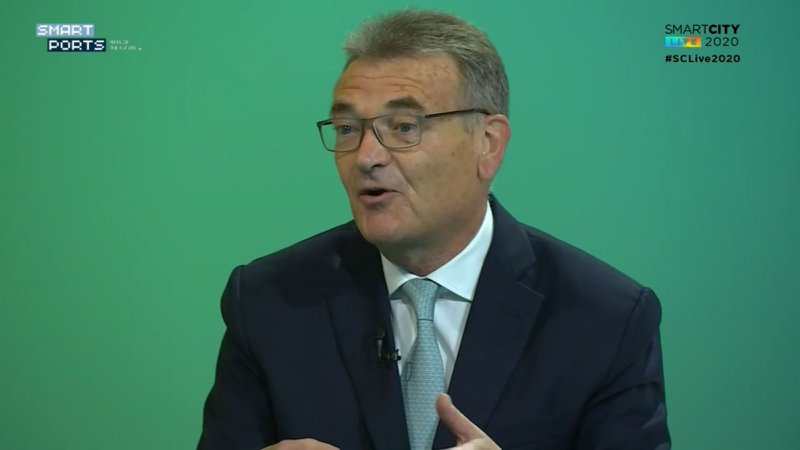 The fourth action will involve promoting industry-wide IMO and IHO initiatives to standardise “one-to-many” data transmissions by the global community of approximately 9,000 ports and harbors with the 55,000 ships they currently serve. This includes work as endorser of the International Taskforce on Port Call Optimization.

Speaking earlier today at the Smart Ports “Piers of the Future” congress hosted by the Port of Barcelona, Deputy General Manager of the port and IAPH President Santiago Garcia Milà commented “A smart port needs to create added value and prosperity while ensuring economic, social and environmental sustainability. Mitigating the impact of climate change and accelerating digitalisation play equally vital roles in achieving this added value and prosperity.”

Speaking after the same event, IAPH Managing Director Patrick Verhoeven concurred : “We have realised when asking ports that the biggest barrier to digitalization and subsequent emissions reductions is neither the funding, nor the information technology. It’s the willingness of multiple port stakeholders to collaborate and share data and the way in which ships and ports exchange data. Digitalization will only work when all shipping sectors – bulk, tankers, passenger & cruise as well as container – rally around applicable data structure standards devised & maintained by robust, internationally-recognised standardization bodies.”
Source: IAPH