His Royal Highness Prince Faisal bin Khalid bin Sultan bin Abdulaziz, Governor of Northern Borders Region, affirmed that the opening of the Jadidat Arar port from both the Saudi and Iraqi sides represents the start of a new era, which will contribute to strengthening bilateral relations and benefit the common interests between the two brotherly countries.

“This opening represents a historic opportunity that will lead the two brotherly countries – God willing – towards opening new horizons that contribute to the development of their economies and the strengthening of their cultural bonds as well as the historical and social relationship. We extend our great thanks and appreciation to the Custodian of the Two Holy Mosques King Salman bin Abdulaziz for this project, and we aspire during the next phase to foster trade exchange, as the opening of the port is the first building block towards achieving economic integration,” said His Excellency Othman Al-Ghanimi, Minister of Interior of the Republic of Iraq during his speech at the opening ceremony.
“This blessed project received support and attention from the Custodian of the Two Holy Mosques King Salman bin Abdulaziz and His Royal Highness Mohammed bin Salman bin Abdulaziz, Crown Prince, Deputy Prime Minister and Minister of Defense – may Allah protect them – in order to complete it in all its phases, until it has become equipped with its integrated services and facilities that have been designed and implemented according to the best standards. It is worth noting that this port is of great importance given the generous care it received especially from the Custodian of the Two Holy Mosques – may Allah bless him – by laying the foundation stone during his visit to the Northern Borders Region two years ago,” said H.E. Mr. Ahmed bin Abdulaziz Alhakbani, Governor of the General Customs Authority, in his speech during the opening ceremony. 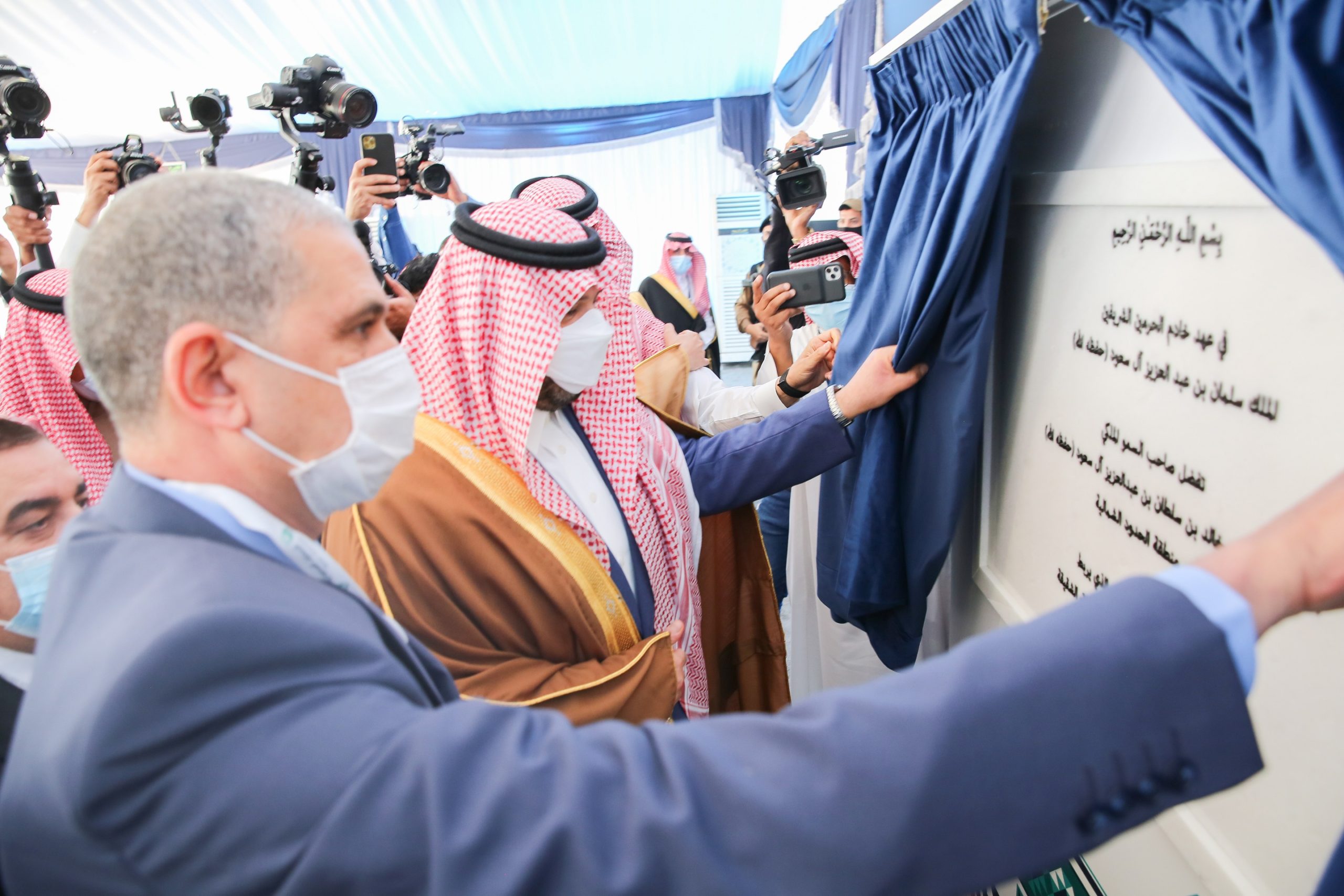 His Excellency explained that the opening of a new port in Arar from the Saudi and Iraqi sides is a milestone event and is of great importance for the two brotherly countries and their people, given what it will achieve in terms of strengthening economic and social relations between the two countries by raising the volume of trade exchange between them, especially since the Kingdom has a plan to establish and operate a logistics zone in this port as a special economic zone. He affirmed that the two sides also look forward to a future full of opportunities in all areas of cooperation that bring together the two brotherly countries, due to the port’s great potential that will contribute to the development of the border region, and will make it easier for everyone to benefit from all the services provided, in order to facilitate the intra-trade movement and enhance the volume of trade exchange, leading to realizing the aspirations of the two nations’ leaderships and their people.

Alhakbani added that the inauguration of the port from both sides follows the agreement to open it in accordance with the outcome of the work of the Saudi-Iraqi Coordination Council in its fourth session, which was approved by His Royal Highness Prince Muhammad bin Salman bin Abdulaziz, the Crown Prince, Deputy Prime Minister and Minister of Defense – may Allah protect him – and the Prime Minister of the Republic of Iraq Mustafa Al-Kadhimi. 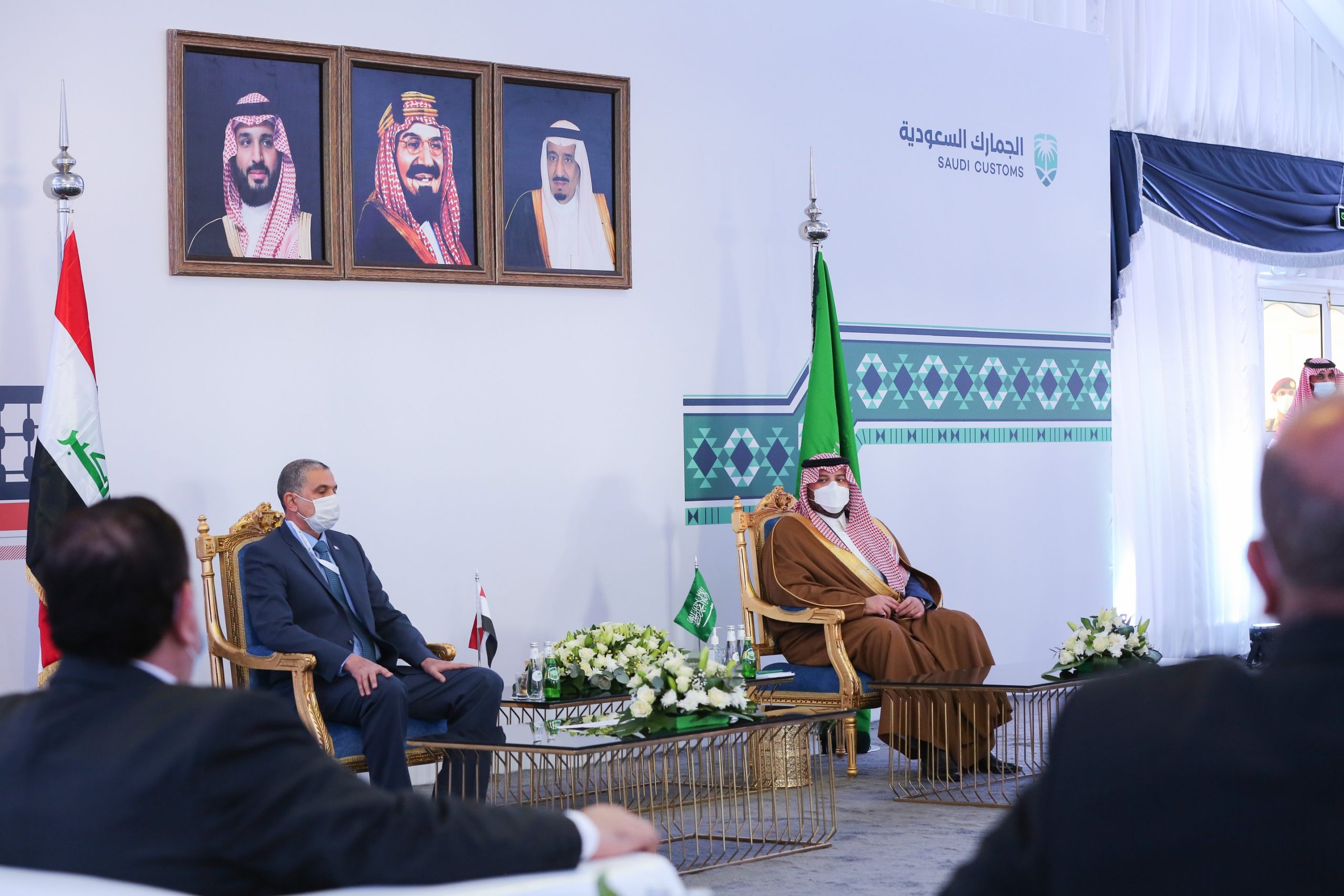 His Excellency praised the concerted efforts and continuous support that Saudi Customs received from all government agencies from the start of the project until its inauguration, under the supervision and support of His Excellency Mohammed bin Abdullah Al-Jadaan, the Minister of Finance, Chairman of the General Customs Authority.

On the Iraqi side, Saudi Customs stated that the project includes a new and integrated port established to ease movement of freight and passengers. It also features X-ray inspection systems, truck scales, power and water purification station, a mosque, storing facilities and trucks’ waiting areas. On the Saudi side, exports & imports and inspection yards have been renovated, while all facilities and staff housing have been developed to offer a better working and living environment. Also, the international road have been redeveloped, and overall views have been improved.
Source: General Customs Authority, Saudi Arabia