A initial trial using a new mobile degassing installation on the public quay of the Seinehaven in Rotterdam has been successful. On 7 August, inland tanker Visioen was degassed of petrol without any measurable vapours being released into the atmosphere. This concerns a degassing that took place outside an establishment and that is unique in the Netherlands. 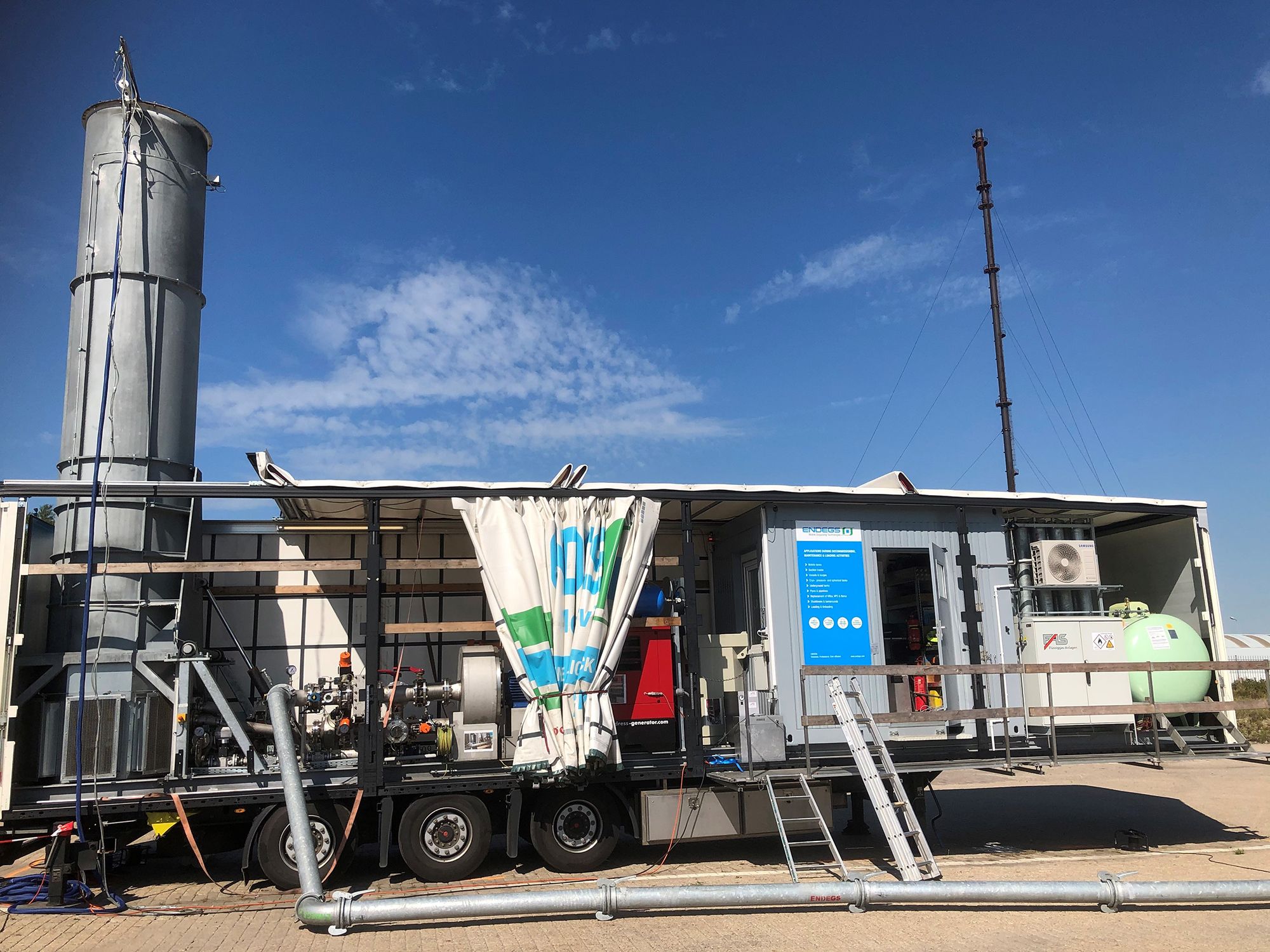 The vessel Visioen (3235 tons, about 3300 m3) was empty of petrol and all 10 tanks were degassed in order to be able to take on the next cargo. Degassing started at 9:20 a.m and at 4 p.m. the vessel was below 10% LEL (lower explosion limit). The aim of the trial is to determine whether the installation is suitable for degassing inland vessels without the emissions exceeding the standards. The installation must also be safe. The experiment was also used to test the permit conditions.
The Rotterdam-Rijnmond Safety Region, the DCMR and the Port Authority were involved in the trial. The technology was provided by ENDEGS.

It is prohibited to degas a number of substances, including benzene and petrol, to the outside air in the port of Rotterdam. Degassing while sailing is also prohibited in most provinces. In the coming period, the Port Authority will be testing various installations together with the Safety Region and the DCMR. The next degassing will take place at the end of August/beginning of September.
Source: The Port of Rotterdam