The Durban Container Terminal (DCT) Pier 2 has taken delivery of another 13 of 23 electric straddle carriers today, introducing major impact in the availability and reliability of equipment across waterside, landside and rail operations. In total, DCT Pier 2 is now in possession of 15 new electric straddle carriers that are planned for commissioning and handing over to Operations in August. The remaining balance of eight will also be arriving in August as well, to complete the full order for the current calendar year. 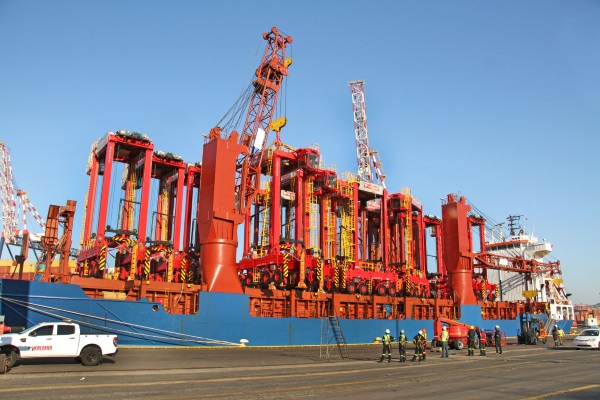 The investment is a direct response to industry calls and Transnet Port Terminals’ (TPT) commitment of an improved service at the largest container operation in the southern hemisphere. The eighth-generation equipment arrived fully assembled with improved drive technology, starting reliability, maintainability, safety, usability, ergonomics as well as an ability for a computer application to read data from the control system via Ethernet – providing comprehensive detail on statistics, real time performance data and operational reports.

Pier 2 Terminal Manager Zamo Ngcobo said, “Observing the necessary governance processes in acquiring these assets to the tune of R236 884 million was necessary although it may have seemed like a long wait. Even while we waited, our employees were giving us hundred percent effort despite ageing equipment and challenges posed by COVID-19”. He added that they were confident of new performance records at DCT with the boost in operational equipment. 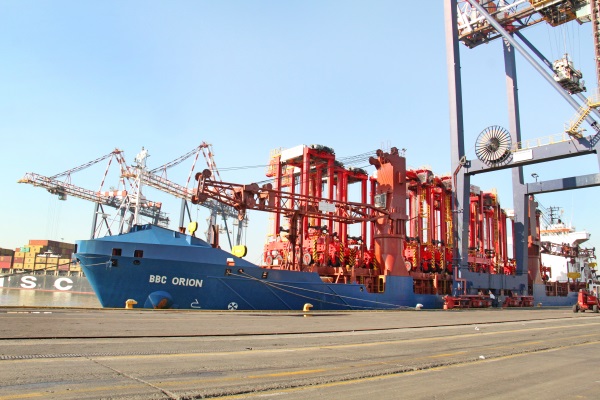 DCT Pier 2 is one of 16 sea-cargo and three inland terminals operated by Transnet Port Terminals (TPT) that have benefited from the R2 billion set aside to invest in replacement equipment this current calendar year. The Port Elizabeth and Cape Town container terminals have taken delivery of two mobile harbour cranes and four straddle carriers respectively. The Durban Point Multipurpose Terminal has also taken receipt of four new reach stackers at a cost of R47 million to boost its container handling service that also serves as a diversion contingency for the Durban Container Terminals Pier 1 and 2. The East London Multipurpose Terminal will soon receive four straddle carriers to better service the automotive sector while a new tippler for the Saldanha Bulk Terminal will support growing bulk volumes attributed to the mining activities in the country. The Richards Bay Bulk Terminal will also take delivery of five excavators, a ship loader and a new conveyor belt that will unlock tippler capacity.
Source: Transnet Port Terminals (TPT)