Kuwait Ports Authority (KPA) has recently confirmed that the 12 development projects are in progress, under Kuwait’s development plan “Kuwait Vision 2035 New Kuwait”, mainly referring to these projects as the gateway to development, where ports are the portal to international trade.

KPA’s Director General Sheikh Yousef Al Abdullah Al Sabah spoke of the importance of these projects aiming at developing Shuwaikh, Shuaiba and Doha ports, as well as Fintas & Mahboula Marinas, establishing four logistic cities, and a dry port west of Al-Shuaiba port, in addition to the development of an industrial port in Southern Kuwait.

In an interview with Robban Assafina magazine, Al Sabah made reference to the smart ports project planned to take place shortly, and to be launched within the coming weeks in its first engineering design phase, which includes a Port Community System window of KPA and all related parties.

Large Vessels
In order to welcome large vessels and shorten times of discharging cargos imported from China and East Asia through a direct line to Kuwait, Al Sabah said it’s KPA’s duty to develop old ports such as Shuwaikh and Shuaiba, as they are not able to accommodate large vessels at the moment: “As we accomplish these developments and establish logistic cities, we will provide logistic warehouse services in cooperation with all parties concerned with expanding highways to and from ports. This integrated system is crucial to achieving our main objectives.” 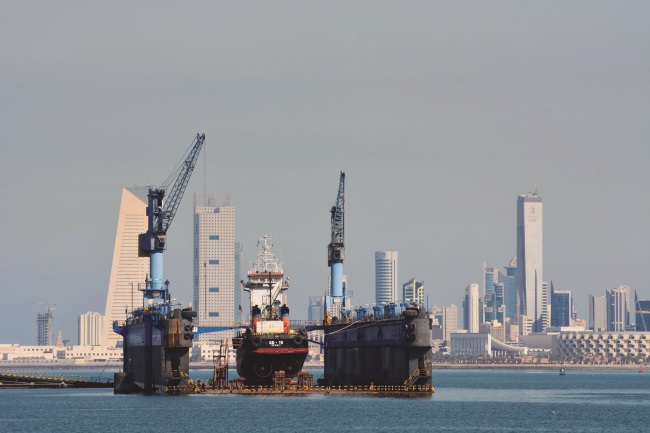 Smart Ports
As for the smart ports project, Al Sabah shed the light on the upcoming project which contains a window called Port Community System, including KPA and all relevant authorities, such as Kuwait General Administration of Customs, the Ministry of Interior and other entities, as well as shipping companies and cargo owners. This is in addition to the “Port Gateway” project, which will be launched in the coming months, a 1000 square meters’ platform including all related authorities. “With this project, we will activate the online service in coordination with Kuwait General Administration of Customs. We have already started providing many electronic services, such as ships’ manifests’ documents.”

Profits
As for the Kuwait’s Ports Authority financial status, KPA’s annual profits have increased respectively throughout the last 5 years from 33 million Kuwaiti dinars (around 110 Million USD) to 37, 43 and 48, and in the fifth year, 50 million Kuwaiti dinars. Regarding the KPA’s plans for the next year, Al Sabah made it clear that dealing with corruption is the way to increase profits: “We hope that KPA’s profits will exceed 56 million Kuwaiti dinars in the economic year 2020-2021. By combating corruption and working with all our capabilities, we were able to achieve these profits and recover many of our properties and money, we have also worked to reduce expenses, better select national personnel teams, and seek the help of major international companies for financial auditing.”

He continued: “We have come a great way, about 80% in retrieving our properties, and we are still on with our fight against corruption in the courts. Being as transparent as we can be, we acknowledge this problem and admit that we are fighting it, because with corruption, development cannot not be achieved.” 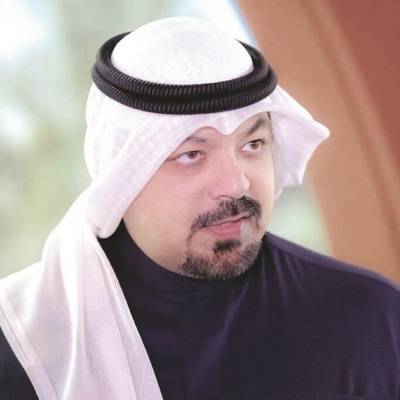 Development Portal
Looking at KPA’s during the coming years, KPA considers the projects on the agenda essential and important, working in several directions, engineering through design and planning, as well as training for national personnel so that these projects move on to their launch stage, eventually cooperating with major companies, all of which aim at developing a plan to handle large vessels navigating directly to Kuwait from various parts of the world.

In this regard, Al Sabah said: “KPA’s projects are the gateway to development. We seek many international standards to improve the working environment, develop a standard of logistical performance, attract foreign investment, enable small and medium enterprises, employ and train national cadres; it is mainly everything that contributes to the development of Kuwait in general. It is our duty to ensure that the goals of these projects have an evolving and developing return.”

The ports of Kuwait are important to the State of Kuwait, which has been associated with its development and development in these ports.