Just appointed, the new command team of the European Maritime Awareness mission in the Strait of Hormuz speaks about its current position and intentions. Operation Commander Rear Admiral Jacques Fayard and Force Commander Captain (Navy) Christophe Cluzel, talk about the European led operation that started at 25th February this year.

Since you are both French commanders, what does ‘European led mission’ mean? “EMASOH is the consecration of a common willingness of eight European nations assessing that the level of tensions in the Strait of Hormuz, which was high during spring and summer 2019, had to be reduced”, says Rear Admiral Fayard. “This willingness resulted in the triggering of EMASOH initiative with a diplomatic pillar coordinated by Danish Ambassador Julie Pruzan-Jorgensen, the EMASOH Senior Civil Representative, and a naval pillar, namely operation AGENOR that I have the honour to command”. As Joint Commander of the French Forces deployed in the Indian Ocean (ALINDIEN), Rear Admiral Fayard is responsible for the operational control of all French naval forces deployed from the Suez Canal to Indonesia and Australia. ALINDIEN’s area of responsibility notably includes strategic choke points like Bab El Mandeb and Strait of Hormuz, and also the Gulf region. Rear Admiral Fayard: “My permanent French operational headquarters in Abu Dhabi was just a godsend to quickly establish a European headquarters in the region. I’m proud to be at the head of this European led operation, with its multinational headquarters and assets from several European countries. It’s important to see European actors involved in maritime security contributing to de-escalation in this strategic region.” According to Force commander Captain Cluzel the fact he himself is also a French commander is just a coincidence. “My successor could be a Commodore from any other nation of EMASOH, without any impact on the conduct of our operations. Personally, I hope it will be the case, it would further enhance the European identity of the mission”. 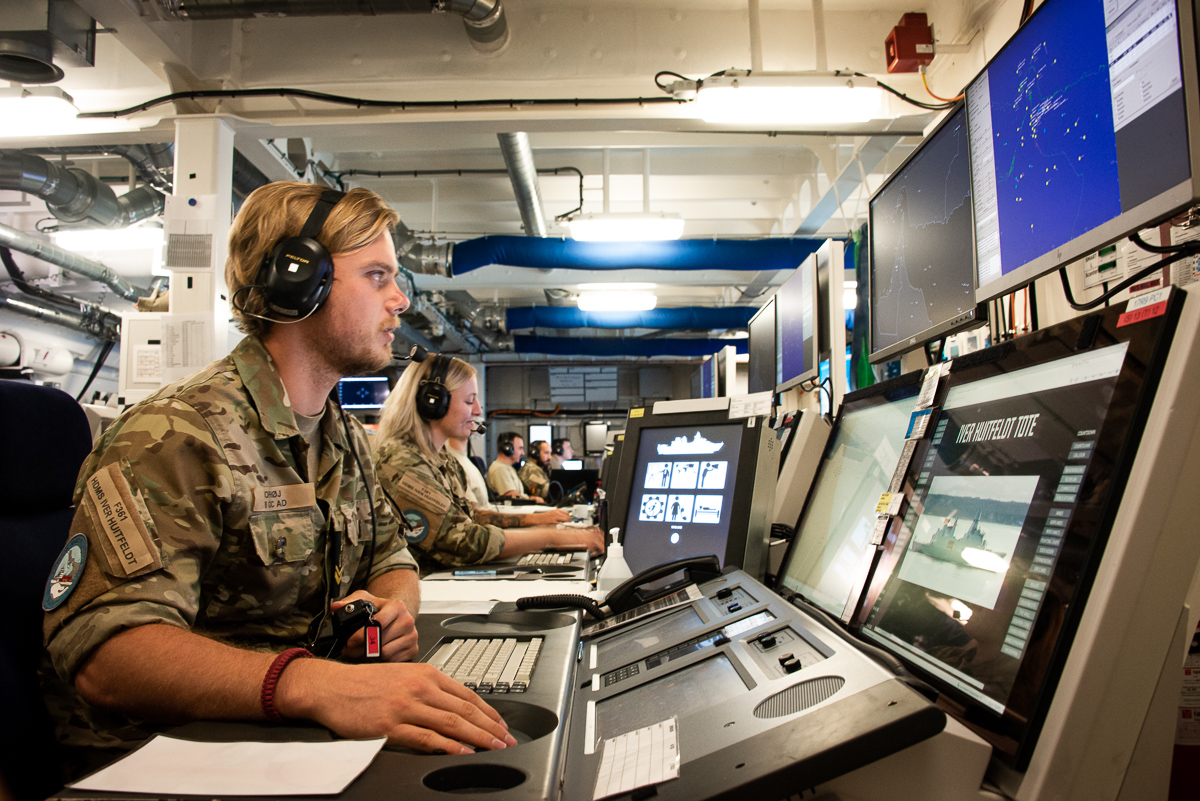 How would you assess the current state of security and safety in the Gulf region, Strait of Hormuz and Gulf of Oman? Rear Admiral Fayard: “The past months have been relatively calm compared to 2019. From February 2020, EMASOH has deployed surface and air assets from France, the Netherlands and Denmark. Its staff stationed in Abu Dhabi consists of a mix of officers from the participating European countries and regional liaison officers. With a small footprint, EMASOH has been fully operational for 6 months now. There have not been major incidents that have hampered safe transit and freedom of navigation for merchant shipping during this period. EMASOH naval and air assets are perfectly embedded in the Gulf region contributing to maritime reassurance and recognized as such by all regional actors. EMASOH has been fitted as a non-permanent initiative. Nevertheless, our presence remains relevant as long as the current situation will not be politically solved”. “We have regular interactions with others military stakeholders”, says force commander Cluzel. “Most of them are safe and professional. There is a mutual respect between the military actors deployed in the area and the EMASOH ones. Anyway, we always remain vigilant, we know the situation in the area can very quickly change”.

What does EMASOH want to achieve for the merchant shipping? Captain (navy) Cluzel: “Our primary task is to build our own maritime situation awareness in the Strait of Hormuz and the Gulf region. By having assets in the area for more than 6 months now, our knowledge of the area improves every day, and we are able to anticipate or detect any suspicious move in the ambient noise. We share this assessment with the maritime community, which perfectly knows that we are deployed here to promote freedom of navigation and to rebuild confidence to their own benefit. We are available for any questions they might have on the situation in this global maritime crossroads”. Rear Admiral Fayard emphasizes the fact that the EMASOH presence is marked with a de-escalatory approach in full respect of the international laws. “We are here to de-escalate and reassure merchant shipping, promoting safe transit through the Strait of Hormuz and freedom of navigation. Although we’ve got a light footprint, we are able to expose illegal behaviours”. 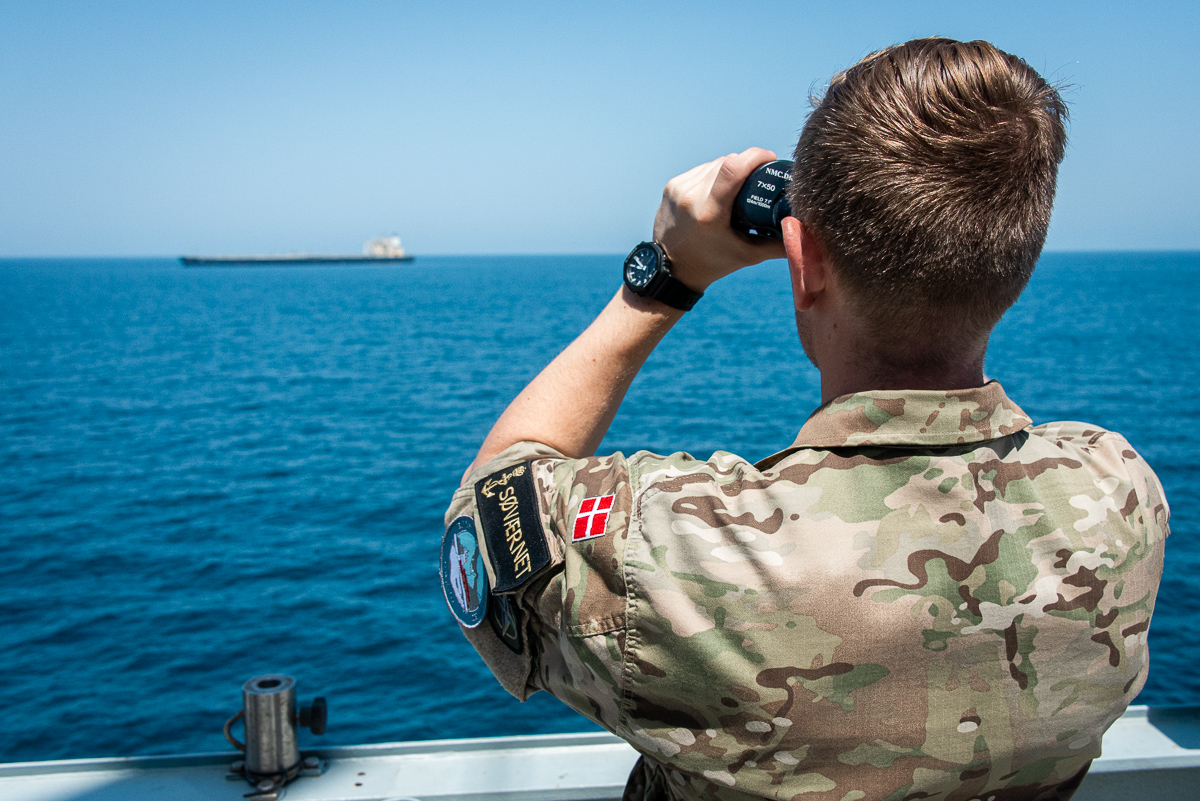 What can EMASOH do in case of events that threaten maritime security in the area? Rear Admiral Fayard: “The legal basis for EMASOH is international law, especially the United Nations Convention on the Law of the Sea. By showing our presence and commitment towards maritime security we assess to have a de-escalatory effect and thus protect the merchant shipping in the area. Furthermore our presence gives the participating countries the opportunity to make their own unbiased assessments on events that could be the bases for further diplomatic or political initiatives”.

How do EMASOH products reach the merchant shipping industry and maritime security centers? Captain (navy) Cluzel : “The main way to reach the industry is through our monthly information bulletin sent to all our merchant shipping contacts. Furthermore, the headquarters of the different European countries involved spread the bulletin in addition to online announcements and publication via respectively Twitter and LinkedIn. The other ways are through direct engagement, being present at (online) events like the recent 35th Shared Awareness meeting organized by IFC Singapore. In addition, at sea and from the air our assets have direct radio contact with ships and vice versa”. 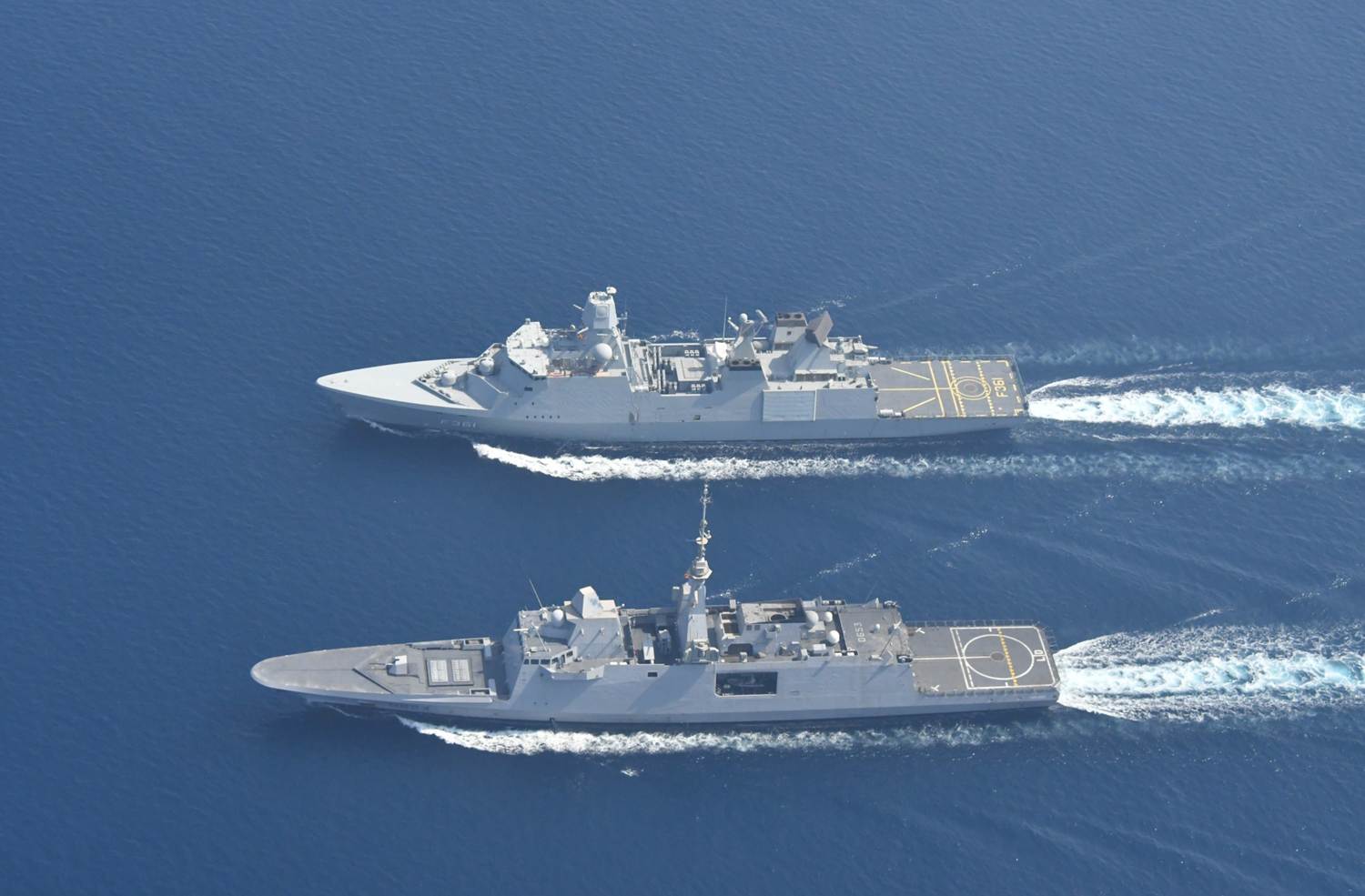 What is your relationship with other initiatives like the Combined Maritime Forces (CMF) and International Maritime Security Construct (IMSC)? “The EMASOH initiative is complementary to, but distinct from IMSC”, says Force Commander Captain Cluzel. “EMASOH is coordinating with all regional actors and other missions for the benefit of merchant shipping”. Rear Admiral Fayard concludes: “Embedded for ten years in the UAE now, France has already built strong links with the regional and international partners in the area, particularly with its host nation, the UAE. French naval assets and staff also contribute regularly to CMF missions. The EMASOH initiative is a perfect opportunity for other European nations to enhance these links through maritime security issues and will obviously contribute to the global stability in the Gulf”. 
Source: EMASOH