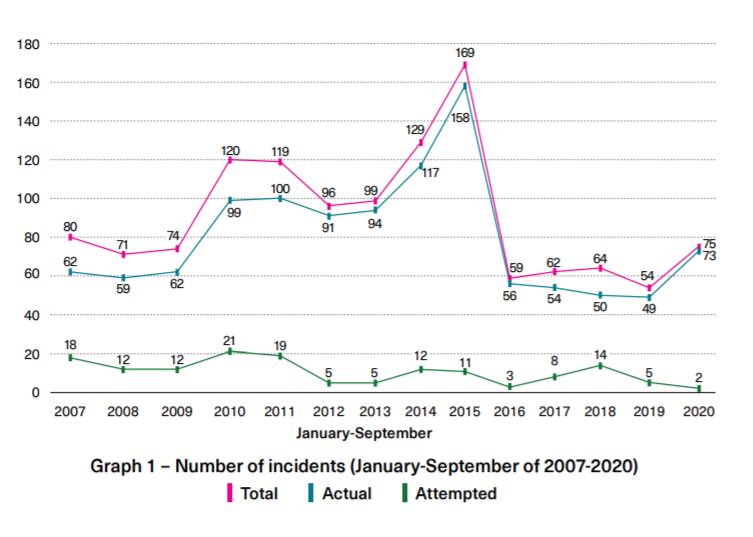 Of concern was the continued increase of incidents on board ships while underway in the Singapore Strait during January-September 2020 with 22 incidents, compared to 15 incidents during the same period in 2019. 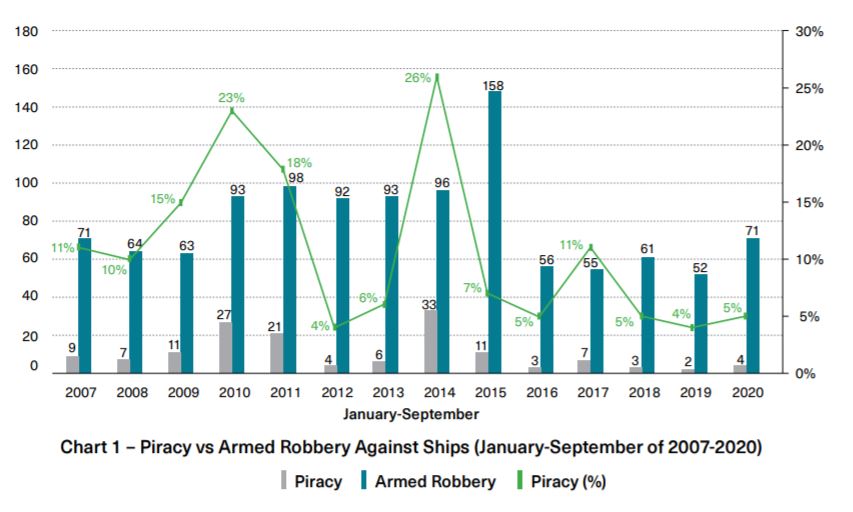 Also of concern was the increase of the number of incidents at Manila and Batangasanchor ages/ports in the Philippines during January-September 2020 compared to the same period in 2019. The ReCAAP ISC has published a Special Report consisting of an Advisory on the measures to be taken by ship sanchored/berthed in the area, and the contact details of the local authorities

.In view of the increase of incidents in the locations as indicated in this Report, the ReCAAP ISC reiterates the need for law enforcement agencies to enhance surveillance, increase patrols and respond promptly to incidents reported by ships in order to arrest and prosecute the perpetrators. Ship masters and crew are strongly advised to exercise vigilance, maintain constant look out for suspicious boats in the vicinity, report allincidents immediately to the nearest coastal State, and implement preventive measures recommended in the ‘Regional Guide to Counter Piracy and Armed Robbery Against Ships in Asia’. 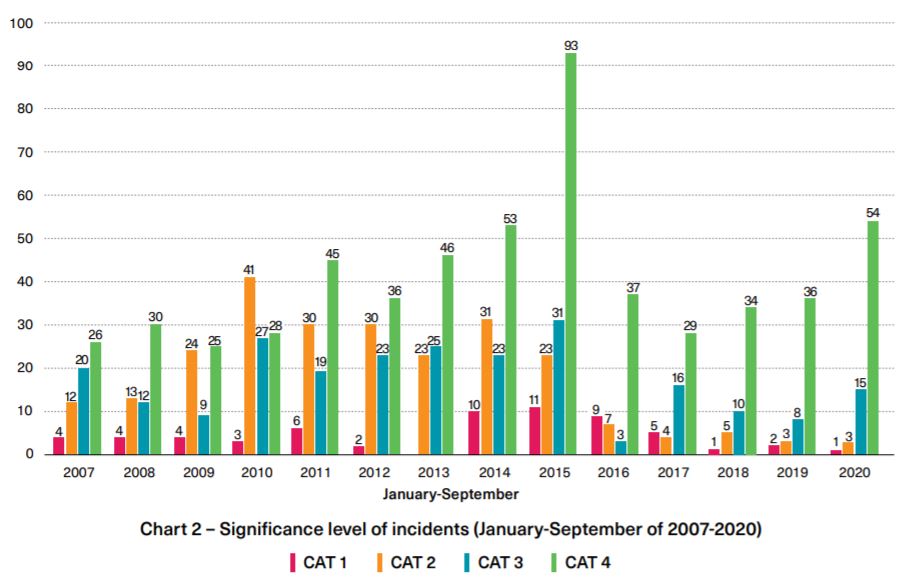