ReCAAP Information Sharing Centre today issued its April 2020 Report on the situation of piracy and armed robbery against ships in Asia. A summary is appended. The full report can be downloaded from the ReCAAP ISC website.

§ Of the nine incidents, one was a piracy incident and eight were incidents of armed robbery against ships

o However, the abduction of crew for ransom in the Sulu-Celebes Seas and waters off Eastern Sabah remains a serious concern

o With three incidents reported in April 2020, a total of 12 incidents have been reported in the Singapore Strait since January 2020

o Of the 12 incidents, 11 incidents occurred in the eastbound lane of the Traffic Separation Scheme (TSS) and one incident in the precautionary area in the Singapore Strait

§ In April 2020, nine incidents of piracy and armed robbery against ships were reported

§ All were actual incidents

§ No attempted incident was reported

§ On a month-to-month comparison, the number of total incidents reported in April 2020 is lower than the monthly number of incidents in 2020, except for the preceding month of March 2020 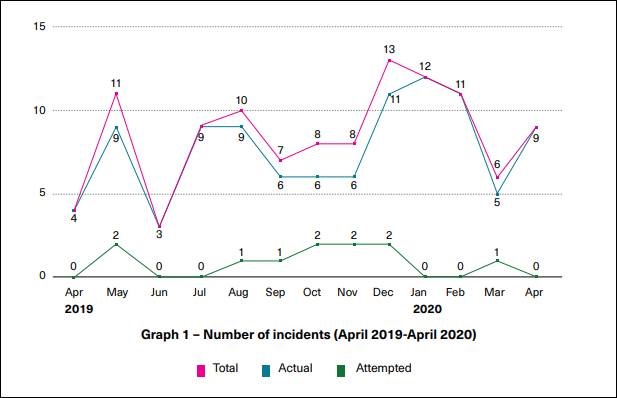 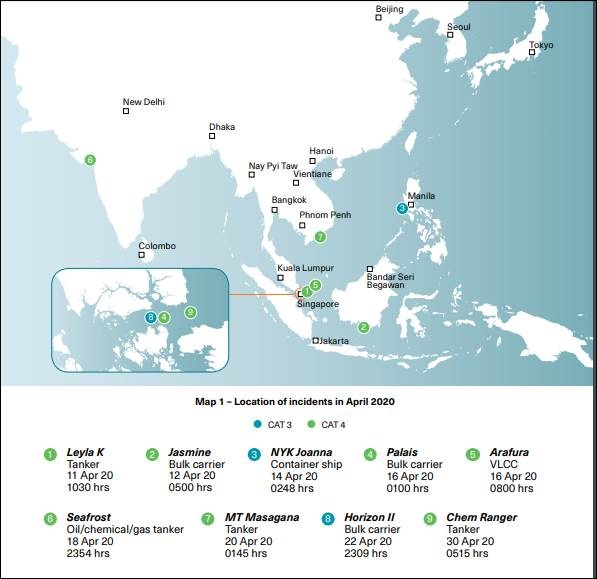