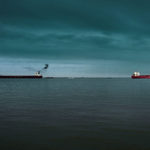 BIMCO has published a revamped version of the popular GENCON charterparty. Our author, Helena Biggs, was a member of the drafting committee. She highlights the changes and the reasons behind them.

One of the critical questions in publishing a new contract is the extent to which the shipping industry, which tends to see itself as conservative, will embrace it. When the GENCON 2022 drafting Committee first started working on the contract in 2018, the world looked very different. If the events of the last few years have proved nothing else, they have proven that the industry is capable of being agile and adaptable where the drivers for change are sufficiently pressing.

Whilst GENCON 1994 is familiar and continues to be popular, the reality is that the landscape against which it functions has changed, perhaps not beyond recognition, but certainly enough to justify a wholesale review of the charter. Around the time that the 1994 contract was delivered, people were starting to hear about something called the internet and email was used primarily by people connected with the IT industry and first movers. Today, it is difficult to imagine a world without the degree of connectivity and IT solutions to which we have become accustomed, but standard contracts sometimes lag behind. This problem was demonstrated in The Port Russel [2013] EWHC 490 (Comm) 1 March 2013 where the court held that it was not permissible to tender an NOR by email under the terms of the BPVOY3 charterparty which specified written notice by letter, fax, telex or telegram. The popularity of email was simply not foreseen when the standard terms of the BPVOY3 charterparty were drafted.

The shipping industry has similarly undergone radical change in the last few decades; we have seen dramatically increased regulation around ships and cargo, such as IMO 2020 or the IMSBC code, technological developments ranging from e-bills to autonomous ships and legal decisions which took the industry by surprise. For example, although not a decision on GENCON, The Kitsa [2005] 1 Lloyd’s Rep 432 resulted in an unexpected outcome to litigation when the Court held that dealing with hull fouling following a prolonged stay in tropical waters fell on shipowners as part of their maintenance obligations, rather on charterers under an implied indemnity for following their employment instructions. The decision prompted a proliferation of hull fouling clauses allocating the risk between the contractual parties and ultimately the development of the BIMCO hull fouling clause.

These wide-ranging changes not only give rise to obligations outside the scope of GENCON 1994, but also to opportunities not contemplated at the time of the last revision. As such, there was a perceived need to recognise these extraneous requirements, as well as to benefit from industry innovations. Further, due to the granular nature of some of the regulatory instruments, there is less scope for reading implied terms into the charterparty and a corresponding need to make explicit some of the assumptions which would previously have been implicit.

At the same time, although GENCON has traditionally been perceived as an owners’ contract, the apparently wide protection offered by the owners’ responsibility clause (Clause 2) only addressed cargo issues. Further, an industry practice developed of adding a Clause Paramount to charterparties to incorporate the Hague-Visby Rules regime. Although the intention was presumably to meet the requirements of the shipowner’s P&I cover by ensuring that the terms of the charterparty were no less favourable than the Hague-Visby Rules, importing the regime significantly reduced the practical benefit of Clause 2. For a more detailed discussion of the issue, see A Very Slapdash Way of Doing Things: The Clause Paramount Reconsidered LMCLQ [2021] at p. 333.Conversely, developed at a time of relative stability and before the rapid rate of change which technological disruption has engendered, GENCON 1994 offered very limited protection for charterers in relation to events beyond their control. The need for protection from extraneous events has come into sharp focus with recent events during the development of the GENCON 2022, whether the advent of COVID or the Russian invasion of the Ukraine.

As with any piece of work, there were decisions to be made in relation to the scope of the contract, how prescriptive or detailed an approach to take and how far it was possible to future-proof the contract. To ensure that the contract is comprehensive, it was decided to include a number of specific standard BIMCO clauses which will reduce the need for parties to prepare bespoke clauses. These standard clauses reflect the collaborative work and draws upon the experience of a group of different representatives from across the industry, including lawyers, ship owning interests and chartering interests. Whilst the particular circumstances of a fixture may require some amendment to a standard clause, nevertheless these clauses provide a solid basis for the contractual framework. Although tempting to try to future-proof the charterparty by referring to the most recent form of the BIMCO clause in circulation at the time of the fixture, overall, the benefit of certainty was felt to outweigh the benefit of incorporating clauses as they were revised as the parties might be unfamiliar with the revised versions.

So, what are the main changes?

As mentioned above, one of the key issues was to retain the benefit of Clause 2 whilst preserving the owners’ P&I cover. Clause 2 has been redrafted extensively to provide the shipowners with the full protection of the Hague Visby Rules and limits shipowners’ obligation to exercise due diligence to two particular points in time, namely the ship must be cargo worthy upon commencement of loading and seaworthy at commencement of the loaded voyage. The amendments made to GENCON mean that there should no longer be a need for a general Clause Paramount as the charterparty meets the minimum requirements for P&I cover.

The provisions regarding cargo operations at Clause 4 have been consolidated and aligned with the equivalent regime under the NYPE charterparty. The intention is to enable the parties to benefit from the substantial body of law which has developed to clarify when cargo operations become an issue of seaworthiness for the ship. However, the principle of free in/free out has been maintained.

In terms of time allowed for cargo operations, the laytime and demurrage regime is set out across a number of separate clauses, relating to laytime, commencement of laytime and running of laytime. Drawing upon a common provision in tanker charterparties, a new requirement has been added for cargo documents to be ready within 3 hours of completion of loading operations to improve certainty around this issue and avoid debates about what constitutes a reasonable time.

There are two distinct rights to cancel the charterparty to be found in Clause 9 and Clause 14.

Clause 9 is an entirely new provision which entitles the charterers to cancel if, upon arrival alongside, the ship’s holds are found not to be ready and cannot be brought up to the requisite standard by the cancelling date or within a fixed period (96 hours is the default timeframe), whichever falls later. Whilst this may seem draconian, it recognises that the fundamental nature of the shipowners’ obligation to present a ship which is ready to load in all respects and, if they wish to cancel, charterers still have to compensate the shipowners for the time spent waiting to berth. Otherwise, Clause 14 enables cancellation if the ship has not tendered a valid NOR before the cancelling date, rather than being linked to the arrival of the ship.

In addition to the usual lien over cargo, the charterparty provides shipowners with the right to suspend performance and, ultimately, to terminate the charterparty if charterers fail to pay monies owing under the charterparty within an agreed timeframe. There is provision for charterer to mitigate the risk of interference with the ship’s service by posting security. Charterers are also required to indemnify the shipowners in respect of any exposure under the bills of lading resulting from the shipowners exercising their remedy. This approach is similar to other standard clauses where charterers are required to indemnify shipowners in respect of any exposure arising from the exercise of their rights to deviate from the bill of lading contract, e.g. VOYWAR 2013.

As mentioned above, the perceived need to insulate charterers from the consequences of extraneous events impacting on their contractual performance has been emphasised by events of the last few years. It was apparent that there were already in circulation various bespoke clauses addressing force majeure events whilst other industry contracts adopted a slightly different approach and incorporated an exceptions clause. To improve the protection available in respect of unforeseen events, an express exceptions clause has been included to excuse the parties from the consequences of a resulting breach, similar to the approach taken in ASBATANKVOY or NORGRAIN.

Finally, it is important to note that the BIMCO laytime definitions have been given contractual effect in the new charterparty so those contracting on GENCON 2022 will need to familiarise themselves with these terms if they do not already know them.

There are a number of benefits in implementing the new GENCON, as discussed. Perhaps the most immediate practical benefit is the comprehensive nature of the document which is aimed at making life easier for contracting parties by including a suite of standard BIMCO clauses. There is considerable benefit in being able to adopt and adapt standard contract forms and clauses which draw upon the collective experience and thinking of multiple interests. Not all the changes will be in favour of charterers nor will they all be in favour of shipowners which is the inevitable consequence of a balanced contract. However, overall, the 2022 GENCON represents an improvement on the 1994 version for the reasons mentioned and it is to be hoped that the industry will feel the same.
Source: Gard, https://www.gard.no/web/articles?documentId=34463223