The scope of the problem

It is estimated that 8 -13 million tonnes of plastic ends up in the ocean each year. This corresponds to more than 15 tonnes of plastics each minute. Most of the plastic litter comes from shore sources although lost and abandoned fishing nets are also a significant contributor to plastic pollution. For example, one study estimated at least 46% of the accumulated plastic by mass in the Great Pacific Garbage Patch consists of fishing nets. 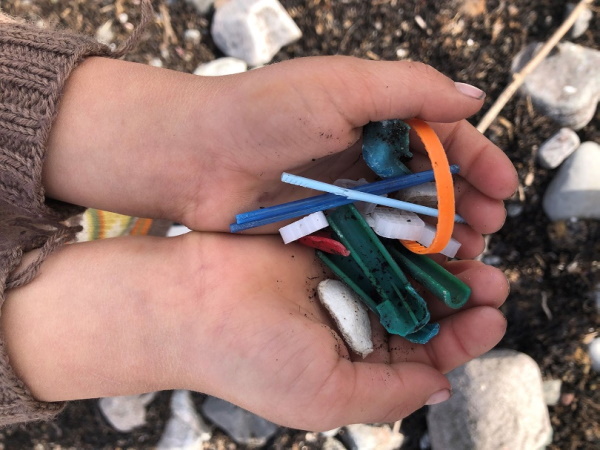 Plastic items gradually break into smaller particles in the sea and becomes available to a variety of organisms as “false food”. Plastics ingested by marine organisms from microscopic crustaceans to whales and birds have become a serious problem for the marine ecosystem. Fishing nets are doubly dangerous – “ghost fishing” by lost gear is responsible for capturing or ensnaring fish, turtles, sharks, dolphins, and even whales.

Hold Norge Rent is a non-profit that coordinates Norway’s twice-yearly coastal clean-up. The May clean-up was cancelled due to COVID-19. Now that infection rates in Norway are low and social distancing routines in place, the fall clean-up was held as scheduled. In September 2020 Hold Norge Rent reported over 2,000 volunteers registered 16 tonnes of waste from 407 cleaning groups and this was just the amount that had been registered on the Hold Norge Rent website the day after the beach cleaning action ended.

Gard employees and Gard sponsored youth groups – ranging in age from 6-16 years old – cleaned ten local areas as part of the national beach cleaning effort. In total, we had more than 200 adults and young people out picking up litter along Norway’s lovely southern coastline. Beach cleaning feels good but given the volume of plastic currently in the ocean and entering each year, does it make any difference?

Gard’s first cleaning of Merdø in May 2017 (picture on the left) produced considerably more waste than our clean-up in September 2020 (which due to the pandemic included waste that we would have picked up in May had we had the opportunity).

Cleaning at or near the water line helps because this is where the highest concentration of plastic per square meter accumulates. Near shore is also the most dynamic environment for a great variety of sea life. Currents and winter storm surge bring all kinds of floating plastic waste ashore and summer recreational users may carelessly leave plastic items behind. Spring and fall beach cleaning addresses both sources of litter and keep it from entering or re-entering the marine environment.

Volunteers have been cleaning up shoreline in the Lofoten archipelago in Northern Norway for over eight years. The Lofoton Waste Management Company (LAS) has recorded the plastic waste from 445 clean-up actions from 2011 to 2018. The data was analyzed in a detailed study that found a modest but discernible decline in both influx (short-term accumulation) and standing stock (long-term accumulation) of plastic litter over the eight year period. The most significant reduction was in the category of litter associated with recreational activities.

The authors concluded that the decline reflected both removal activities as well as a local reduction in littering. So this is good news on both fronts – clean-up does make a modest dent in the amount of plastic in the environment and individual behavior in Lofoton has changed as reflected in the relatively larger overall reduction in items associated with recreational activity. Although Gard’s twice yearly clean-up activity on Merdø has not been meticulously documented, our anecdotal experience supports the Lofoton study findings.

Although the authors of the Lofoton study did not make such a connection, intuitively, participation in clean-up activities could itself influence behavior. There is no better way to see the “plastic litter problem” than stooping down to pick it up. Indeed – education aimed at influencing behavior is one reason Gard has supported youth groups in our Gard our Oceans beach cleaning activities. For our September clean-up, we sponsored nine youth groups – boys and girls sports teams, scouts, middle school classes and outdoor activity clubs. It is encouraging to note that many of the young participants had a more informed understanding of plastic pollution than their parents – so we all learn together.

Plastic items and packaging intended for single use, make up much of the waste picked up in beach cleaning activities in Norway and world-wide. The COVID-19 pandemic has unfortunately cut into the modest strides that had been made in reducing consumer reliance on single-use plastic putting even more emphasis on proper waste management. Cleaning up helps but is clearly less effective than keeping plastic from entering the ocean in the first place. Solutions to the environmental damage caused by the accumulation of plastic in the ocean involve reduction in the reliance on and manufacture of single-use plastic, as well as re-use and recycling. We will explore some of the trends and innovative solutions to address the problem of plastic in the ocean in articles to come.
Source: Gard