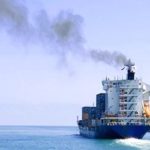 Under IMO’s initial strategy, the shipping industry needs to reduce carbon intensity (CO2 emissions per transport work) by at least 40% by 2030. This figure almost doubles to 70% by 2050 and targets a complete phasing out by the end of the century. IMO-2050 sets out a reduction in total annual GHG emissions of at least 50% by 2050 and eventual phasing out. However, a strategy review planned for 2023 may move these goalposts – potentially bringing forward the net-zero requirement to 2050.

For more information on the latest regulations and amendments to MARPOL VI, see our ‘Looking to 2023’ blog post.

While it is clear shipowners need to act fast, there’s an inertia in the industry. This is mainly down to a lack of clarity about which alternative(s) are likely to be the best. Greater detail is also needed on the potential safety of each fuel, the likely cost of implementation, the emissions efficiency of each fuel on ship and onshore, and the ‘well to wake’ carbon impact.

Each fuel has a unique set of benefits and challenges. But two are currently setting the pace in the short and mid-term while the industry explores and develops more permanent means of complying with IMO-2050. These ‘bridging fuels’ are biofuels and liquified natural gas (LNG).

Our 2022 Alternative Fuels survey revealed that most members currently favour biofuels for their existing vessels, and LNG as a preferred option for newbuilds. This is subject to the price and availability of the fuel, which would be dependent on the geopolitical situation and market factors.

Biofuel is a general term encompassing a wide variety of liquids or gases derived from biomass or bio-waste. It is categorised based on the feedstock and production technique.

Interest in using biofuels and biofuel blends has increased, particularly after IMO MEPC-78 (in June-2022) approved a Unified Interpretation (MEPC.1/Circ.795/Rev.6) that clarifies that fuels with a biofuel content of 30% by volume or less can be considered as a conventional marine fuel oil derived from petroleum refining.

Biofuels offer a number of benefits, including:

However, while trials with biofuels have shown good operating results, adopting biofuel does throw up several barriers for the industry to overcome. These include:

Biofuels have poor cold flow properties, i.e., at low ambient temperatures, the fuel tends to cloud and gel. If fuel temperatures are not properly controlled, they may accelerate instability, impact shelf life and the fuel’s suitability for use. It is recommended to heat fuel-storage tanks, piping, and filters. If temperatures cannot be kept above the cloud point, it is recommended to treat the fuel with cold-flow improvers or anti-gel additives.

Most of the challenges faced by biofuels can be addressed by implementing fuel management procedures with due regards to the selected biofuel characteristics. It is recommended to consult with the fuel supplier and machinery manufacturers for specific recommendations for using biofuels.

Biofuels’ carbon-neutral nature clearly makes it an attractive proposition for shipowners, especially following the IMO’s adoption of the Carbon Intensity Indicator (CII) regulation. However, organisations will also need to monitor their supply chains for quality, reliability, and sustainability.

Currently, there is no globally accepted standard or certification for verifying green end-to-end production. However, there are voluntary schemes for biofuels management enabling companies to prove compliance with directives and demonstrate their commitment to sustainable biofuels/biomass production, processing and purchasing.

LNG is a fossil fuel, primarily consisting of methane (CH4). Compared to heavy fuel oil, it allows substantial reduction of air emissions – more than 99% of sulphur oxides (SOx), 80% for nitrogen oxides (NOx), particulate matter (PM), and up to 20% for CO2.

While other emerging alternative fuel options are unproven and under development, industry trends suggest a surge in LNG-fuelled newbuilding orders.

Other potential benefits of LNG are:

While LNG is seen to have some beneficial features it also has some challenges, such as:

When liquefied at approximately -162° C, the volume required for natural gas is reduced to about 1/600th of that required when in the gaseous state. Although the tanks are insulated, a small amount of warming will occur, causing the LNG cargo to evaporate as it reaches its boiling point. This natural evaporation, known as boil-off, is unavoidable, and the generated boil-off gas (BOG) must be removed to preserve the tank pressure within acceptable limits.

Whichever route members decide to take, they will need to focus on some key factors to ensure they comply with the regulations. Investment in training personnel onboard and ashore will be vital, as will close collaboration with partners and peers.

We also recommend members review their overall fuel management strategy and procedures and adopt a culture that embraces regular and effective management oversight and auditing of their compliance procedures.
Source: Standard Club