In Citgo Asphalt Refining Co. v. Frescati Shipping Co., Ltd., (Athos l) the U.S. Supreme Court has provided a roadmap for interpreting safe berth/safe port clauses under U.S. law, ruling that the form clause commonly used in the industry must be construed as an express warranty of safety and imposes on the charterer an absolute duty to select and provide safe berth.

In a 7-2 opinion, the Supreme Court considered the key terms in the agreement consistent with the intent of the parties as is necessary in any contract dispute. Because the safe berth clause was clear and unambiguous, the majority found that the analysis began and ended with a plain meaning reading of the key terms in the clause itself.

Negotiating a charter party is a balance of leverage and sometimes a leap of faith. Certain issues are more important to companies than others, and for those issues, the language of clauses will be negotiated over email drafts for hours, days or weeks depending on its import and often insurance concerns. For the remainder of the clauses, they are often standard, with form language added, subtracted or amended over time based on industry clauses, personal preferences or the whims of previous counsel from a bygone era. The US Supreme Court, in a March 30, 2020, opinion in Citgo Asphalt Refining Co. v. Frescati Shipping Co., Ltd., provided a roadmap for interpreting one of the most prevalent and important of these charter party clauses, the safe berth/safe port clause, ruling that the form clause commonly used in the industry must be construed as an express warranty of safety and imposes on the charterer an absolute duty to select a safe berth.

The dispute arose from a 2004 oil spill in the Delaware River involving the M/T Athos I. After a 1,900-mile voyage from Venezuela, the Athos I struck a submerged 9-ton abandoned anchor only 900 feet from its intended berth, puncturing the hull of vessel and causing 264,000 gallons of heavy crude oil to spill into the river. The shipowning interest of the Athos I was designated the “responsible party” for the spill, pursuant to the Oil Pollution Act of 1990, and initially bore the costs of the environmental cleanup, for which the costs topped USD 100 million.

Following the environmental response, the shipowner and federal government sought to recoup monies expended for cleanup costs from the vessel’s voyage charterer. The safe berth clause at issue was dissected by district court judges and the US Court of Appeals for the Third Circuit over the course of a handful of trials and appeals of notable length and cost. Yet the most important legal issue concerned the interpretation of the standard industry Asbatankvoy safe berth clause slightly revised in the charter as follows:

Safe Berthing — Shifting. The vessel shall load and discharge at any safe place or wharf, or alongside vessels or lighters reachable on her arrival, which shall be designated and procured by the Charterer, provided the Vessel can proceed thereto, lie at, and depart therefrom always safely afloat, any lighterage being at the expense, risk and peril of the Charterer.

Significantly, the Supreme Court decision turned on the plain-meaning interpretation of two words in the popular clause: “safe” and “always.”

In a 7-2 opinion authored by Justice Sonia Sotomayor, the Supreme Court considered the key terms in the agreement consistent with the intent of the parties as is required in any contract dispute. Because the safe berth clause was clear and unambiguous, the majority concluded that the analysis began and ended with a plain-meaning reading of key terms in the clause itself. After 15 years of court submissions and appeals, how could the language of the clause be so clear to the majority? Below are three considerations that every Gard Member should be mindful of when reviewing their charters to determine how they are impacted: 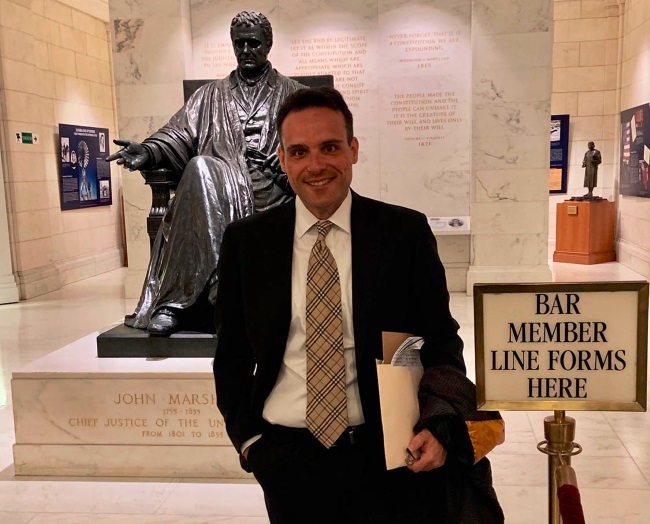 The safe berth clause required the charterer to designate a “safe place” for the vessel to traverse so long as it could continue to the selected port “always safely afloat.” The use of the word “safe” must have connoted the designation of a safe berth “free from harm or risk” per the simple definition in a Webster’s dictionary. Additionally, a vessel’s travel “always” in a manner that is “safely afloat” must mean in every instance; all of the time. These simple concepts, when read together, must “bind the charterer to a warranty of safety.”

The interpretation of a safe berth clause friendlier to charterer interests would not have absolute warranty-type language. The majority opinion surveyed several key clauses in the charter party where the parties affirmatively included language requiring the exercising of “due diligence” and found several. This inclusion of the concept of tort-based fault in a contractual setting with other clauses reaffirmed the warranty nature of the safe berth clause because it did not include this liability-limiting qualified language.

Although not dispositive, it did not aid the charterer’s position that other industry forms not chosen by the parties provided a roadmap for properly limiting an absolute warranty of safely. In a footnote, the Court quoted the Intertankvoy form safe berth clause which includes “safe” port and “always” afloat language though qualified with a charterer being required to only exercise “due diligence” in selecting the berth.

The big picture when fixing your next charter party

In sum, the contract interpretation, guided by decades of Second Circuit (New York) and the United States Society of Maritime Arbitrators arbitral award holdings that the safe berth clause expressed an absolute warranty of safety, resulted in the Supreme Court ruling in favor of the shipowner. The Court’s decision carries an impact broader than just the interpretation of the Asbatankvoy safe-berth clause. While the dissenting opinion noted the majority ruling “provides a clear background rule for the maritime industry to contract against,” the majority ruling added important context for charterers when confirming that “[c]harterers remain free to contract around unqualified language that would other[wise] establish a warranty of safety, by expressly limiting the extent of their obligations or liability.”

In every pending dispute involving an incident arising out of the interpretation of the safe berth clause, the Supreme Court has provided clear guideposts for companies and their counsel. When drafting and negotiating future agreements, traders, brokers and their lawyers should reflect on the few simple steps to provide more certainty concerning the obligations being undertaken. Carefully including the term “warranty” or “due diligence” around the use of “safe” berth and “always” afloat will be useful, initial steps to help avoid a two-decade legal saga. Further contractual nuance will be addressed with the particularities of the shipping company’s business in mind.

The shipping industry is adapting to the Covid-19 crisis impacting the globe. Interestingly, an advisory paragraph in the Supreme Court’s decision is informative for any owner and charterer facing concerning when entering port. The Court reminded the parties that vessel masters have an “implicit” right to refuse entry to a port should they find it unsafe and that refusal requires charterers to pay the associated costs. The refusal, though, has to be a “justifiable refusal.’ This is a high bar, but one we may very well face in US ports with hotspot Covid-19 ratios let alone in ports worldwide. While it is less likely an entire port will be deemed unsafe today, given the safety precautions being taken to keep people healthy and cargoes flowing, conditions continue to evolve. If a master refused to enter port due to coronavirus conditions, he or she would have to keep a careful evidentiary record of conditions on the ground as guided by shoreside operations, Gard and their able legal experts.
Source: Gard http://www.gard.no/web/updates/content/29597235/athos-1-an-insiders-perspective