WinGD (Winterthur Gas & Diesel) has received type approval for the biggest and most powerful LNG-fuelled engines ever built. Class society Bureau Veritas awarded the approval for WinGD’s dual-fuelled 12X92DF engines, the first series of which is currently being built by China State Shipbuilding Corp (CSSC) and will power nine ultra-large container ships (ULCS) owned by the CMA CGM Group, a world leader in shipping and logistics. These vessels will become the largest container ships powered by liquefied natural gas and represent a significant step on the path to the energy transition of the shipping industry.

The type approval was awarded following a series of extensive full-load tests in diesel and gas operation. A virtual ceremony on May 26 with guests joining from Beijing, Shanghai, Marseille, Paris and Winterthur marked the landmark moment for the ground-breaking engine technology, which has brought the use of LNG as a marine fuel into an entirely new vessel sector.

In a statement, CMA CGM said: “The certification ceremony marks a new stage in the construction of the CMA CGM’s nine 23,000-TEU LNG-powered vessels. These vessels are the world’s largest containerships powered by LNG. CMA CGM’s ground-breaking choice in favour of LNG is a major step forward and a clear illustration of our resolute commitment to environmental protection and to the energy transition of the maritime industry. This certification is a major milestone as it marks the recognition of the technological efficiency of our dual-fuel engine project.” 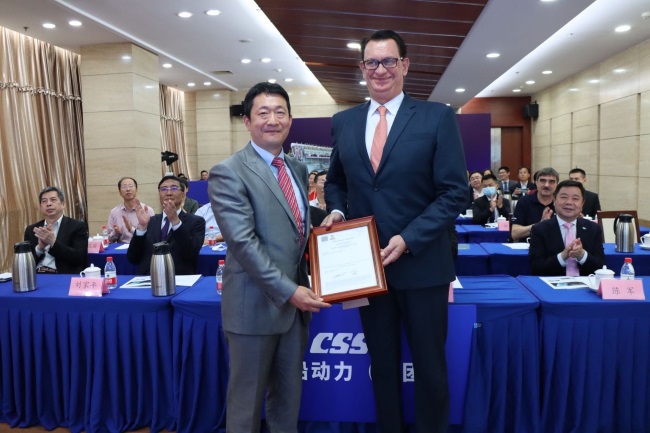 Olivier Cartier, Technical Vice President, Bureau Veritas, commented on the approval: “The certification process of WinGD’s 12X92DF engine was a long process due to the size and complexity of the engine. We mobilized our worldwide teams of engine specialists, especially in China, in France and in Germany, at each of the critical phases of the certification process. Progressive Type Approval Tests were necessary where at each test significant progress and refinement were noted, so that we remained confident that final certification at 100% of the power using gas as fuel was an achievable objective – and this has now been achieved.”

“With the type approval of our biggest engines to date, we are opening up the possibilities of LNG-fuelled ship propulsion to yet another vessel segment, a testament to its cost-efficiency, reliability and sustainability,” said Klaus Heim, WinGD CEO. “This is an important step towards the sustainable energy transition within the shipping industry and we are incredibly proud of the role WinGD plays in this journey.” 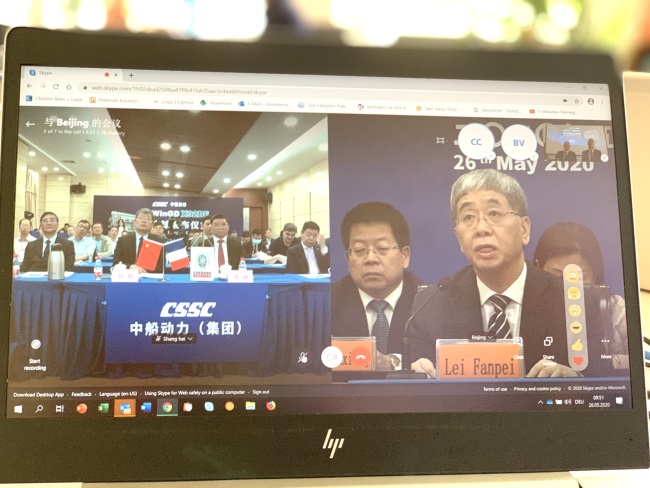 “WinGD’s X92DF engines offer the most sustainable emissions footprint currently available, outperforming expectations for NOx, SOx and PM emissions and with CO2 levels over 20% lower than typical diesel engines. With it’s unique combination of Otto (lean burn) and Diesel cycle technology these engines can adapt for any of the potential sustainable fuels of the future making them a secure asset for a long time to come.” added Dominik Schneiter, Vice President, for Research and Development at WinGD.

The development of the X92DF engine builds on the expertise and experience gained from more than 500,000 operating hours for WinGD’s market-leading X-DF dual-fuel engine technology. That landmark comes just under four years since the first engine went into service, highlighting the rapid uptake and remarkable reliability of WinGD’s low-pressure concept. 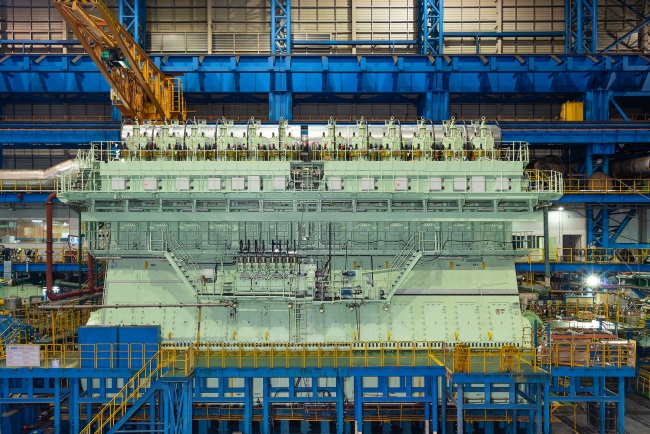 WinGD’s dual-fuelled X92DF engine, the first in a series that will power nine ULCS for CMA CGM Group

WinGD has received 320 orders for their X-DF engines including 60 in operation. The X-DF has been the best-selling dual-fuel low-speed engine technology in the maritime market since the second half of 2017. As well as the first gas-fuelled ULCSs, WinGD’s low-pressure X-DF technology also powers the first LNG-fuelled Aframax shuttle tankers with VOC recovery and very large crude oil carriers.
Source: WinGD