Scott Baker has over 20 years of experience in the maritime industry in both sea and shore-based roles. As regional Head of Marine Standards for Svitzer Europe, Scott represents the organisation at industry forums and with regulators, and also acts as an ambassador for the wider towage sector. As Head of Marine Standards, Scott is responsible for driving Svitzer’s overall safety-first culture in Europe, the continued development of the organisation’s safety management system, crewing standards and training. His added role of Chairman of the BTA is a reflection of Scott’s hard work to drive improved safety standards for the whole towage industry. 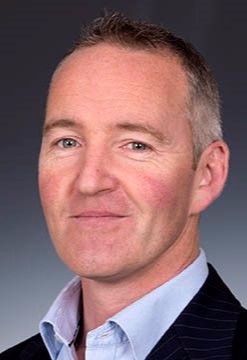 Joining him as part of BTA’s Executive Committee is Ita Dickson, who also brings over two decades worth of experience in the marine service industry. Ita joined Svitzer in 2014 as Operational and Commercial Controller in Belfast, and in 2017 took up the position of Port Manager in London, the largest of Svitzer’s UK operations and its largest operation in Europe, with over 8,000 jobs taking place every year. In 2018, Ita then became Managing Director for Svitzer’s Northern UK operations.

Commenting on his appointment as the new Chair of the BTA, Scott Baker, Head of Marine Standards, Svitzer, said: “I’m thrilled to have been named as the Chair of the BTA. The maritime industry is fundamental to the UK economy, and towage plays an important part in the smooth movement of trade, so I am delighted to be able to champion the interests of the UK’s diverse and thriving towage sector alongside the excellent team of maritime leaders both within the BTA and the UK Chamber of Shipping.”

“As we look to the future, we see a challenging and exciting period ahead for Britain’s towage industry. That’s why I believe it is vital that the BTA continues to work with the Shipping Minister, the Department for Transport, Maritime & Coastguard Agency and the UK Chamber of Shipping to ensure our voice is heard, and put the towage sector front and centre in the critical infrastructure supply chain.” 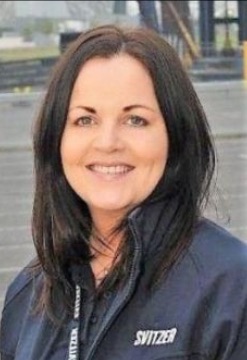 On joining the BTA’s Executive Committee, Ita Dickson, Managing Director of UK North (Svitzer), said: “It is a real privilege to join BTA’s Executive Committee at what is a deeply important time for the UK’s towage industry. Our sector plays a vital role in the supply chain and I have been lucky to see first hand the talented and diligent work being undertaken by Svitzer’s crews up and down the country. It is their interests that I will stand up for in my new role, and I am confident that with my colleagues in the BTA and the UK Chamber of Shipping that we will be able to drive the improvements that we all need to operate efficiently, effectively and, most importantly, safely.”

Adding his thoughts on the new appointments, Kasper Nilaus, Managing Director, Svitzer Europe, said: “BTA’s work to increase safety and ensure proper training and certification standards is critical, not only to Svitzer, but also to the wider towage sector in the UK. It is an honour for Svitzer that two of our UK based employees are representing us in the BTA. I am certain their combined leadership, extensive maritime knowledge, deep understanding of our sector and their sound judgement will be of major benefit to the BTA and, ultimately, our whole industry.”
Source: Svitzer