On July 15 2010 the facilities were officially inaugurated by His Royal Highness Prince of Asturias, at present His Majesty King Felipe VI of Spain

A decade ago, TTI Algeciras, located on the Isla Verde Exterior docks at Port of Algeciras in Southern Spain, was pioneer launching the first semi-automated container terminal in Southern Europe and the Mediterranean. It is currently one of the 60 automated or semi-automated terminals existing worldwide.

And to commemorate this important milestone, an official event took place today at the TTI Algeciras facilities in which a commemorative plaque was discovered to celebrate the Terminal’s ten years of operations. This event was attended by representatives of the Andalusian Government, the City and its City Council, the Port Authority of the Algeciras Port and the Top Management of the Container Terminal, Mr. Alonso Luque and Mr. Thomas Lee as CEO and General Director.

In these 10 years the Terminal has created stable employment and value for the region. We operate 1,500 vessels every year, the annual volume of cargoes passing through our docks has doubled and we have moved more than 10 million TEU accumulated since 2010. Import/export traffic has increased 300%, reefer nowadays represent 12% of total traffic and container and Break-Bulk cargo have generated synergies never seen before. Likewise, thanks to a large network of more than 25 shipping companies that call our Terminal with 30 regular services, we connect directly with 130 ports around the world and with unbeatable transit times.

As a part of the HMM’s family, our purpose is to continue creating wealth for this region, for Andalucía, and to further promote the development and optimization of our facilities in a sustainable way with the environment, striving for safety, innovation and our commitment with lower emissions. 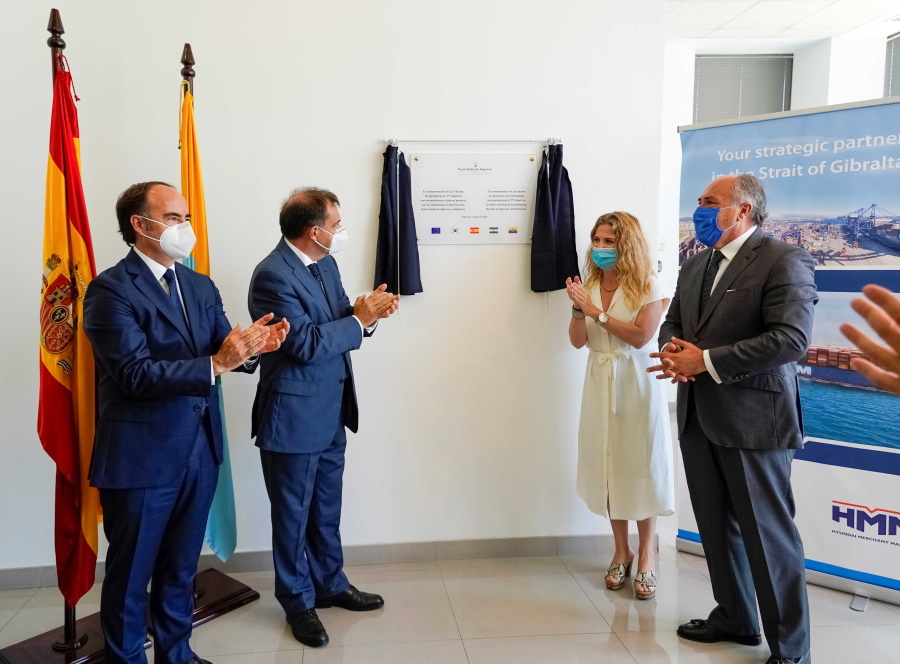