The new coal carrier is the third ship to take the Lily Fortune name, which derives from the white lily, the symbolic flower of the former city of Haramachi in Fukushima prefecture. (Today, Haramachi is a ward in the city of Minamisoma.) The vessel will transport coal to coal-fired power plants of Tohoku Electric Power mainly from Australia and Indonesia to generate electricity for Japan’s Tohoku region.

The transport provided by NYK will have less of an environmental impact because this vessel comes equipped with a scrubber system* that is compliant with the International Maritime Organization’s more stringent SOx emission regulation that became effective in January.**

In addition, the new Lily Fortune is expected to reduce CO2 emissions by approximately 4% compared to a standard coal carrier through the use of energy-saving devices such as an advanced rudder bulb*** and fixed fins that improve water flow generated at the aft-end of the vessel.

In accordance with its medium-term management plan “Staying Ahead 2022 with Digitalization and Green” announced in 2018, NYK continues to contribute to a stable energy supply for local society through the operation of environment-friendly ships, thus realizing the sustainable creation of new corporate and social value.

** SOx Global Cap regulations
SOx emission regulations based on the 2008 amendment of the 1997 Protocol on Ship Pollution Prevention (Annex VI of the MARPOL Convention). From January 1, 2020, the allowable limit of sulfur in ship fuel oil was reduced from 3.5% to 0.5%.

*** Rudder bulb
Equipment that improves propulsion efficiency by controlling the water flow generated behind the propeller. 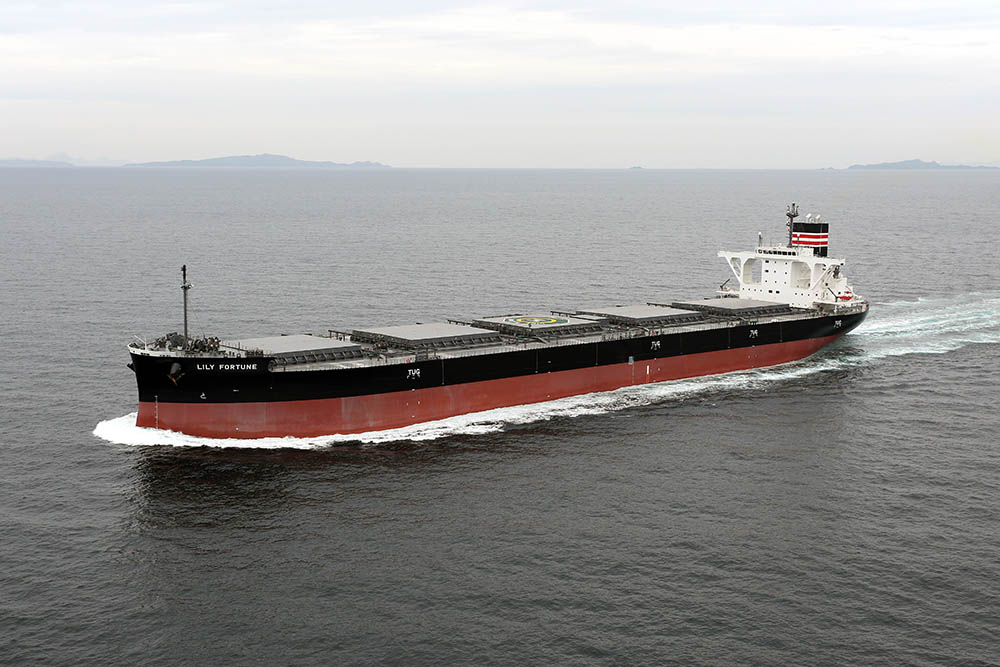