This performance was a reflection of the strong market that started in the latter months of 2019 and continued into the first and second quarter of 2020. As a result, TEN once again benefited by chartering its vessels on long-term contracts hence securing future earnings and allowing the fleet to achieve a high fleet utilization, reaching 97% with only one vessel undergoing scheduled dry docking.

Fleet operating expenses increased modestly to $45.5 million from $43.3 million in the first quarter of 2019, partly due to the size of the fleet and calculated increases in provisions and stores taken onboard vessels for precautionary reasons as the Covid-19 pandemic began to spread, threatening access to terminals.

On a daily average per vessel basis, operating expenses were once again controlled to about $7,900 due to strict cost checks.

G&A expenses increased by $1.17 million mainly due to a slightly higher fleet from the first quarter of 2019.

Depreciation and amortization combined were about $0.5 million lower than in the 2019 first quarter due to vessel sales.

In the first quarter of 2020, interest and finance costs reached $33.6 million which included hedge related payments and $16.0 million non-cash negative changes in bunker valuations. These non-cash items have already reversed due to the rebalancing of the oil market in terms of oil production and expected to have a positive impact on the balance sheet going forward. 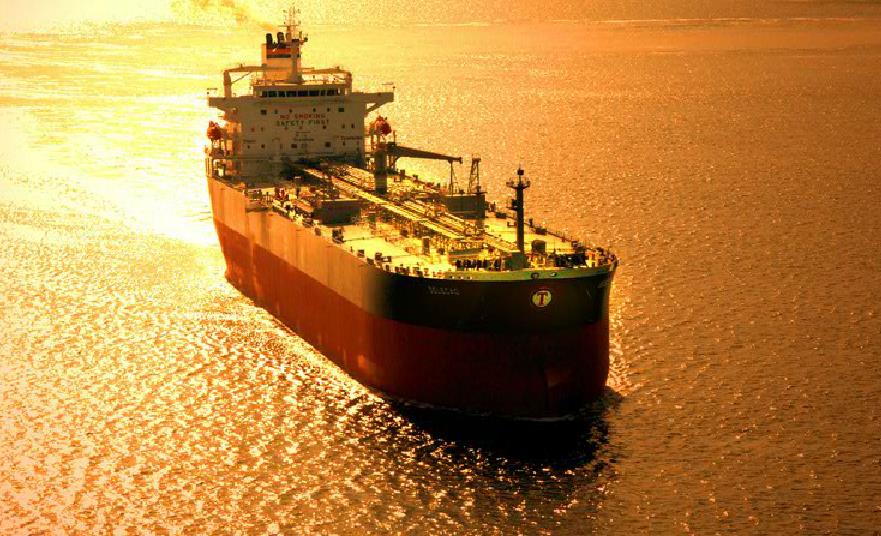 By the end of the 2020 first quarter, total outstanding indebtedness fell by a net $53.5 million and correspondingly TEN’s net debt to capital declined to 46.5%. Concurrently, TEN’s cash balances reached a level well beyond earlier expectations, with cash reserves at a healthy $221 million.

In January 2020, TEN took delivery of the newbuilding aframax Caribbean Voyager which immediately commenced its five-year bareboat employment to a US oil major, sistership to the Mediterranean Voyager delivered in October 2019 to the same charterer for identical employment.

Dividend – Common Shares
Following the March 24, 2020 announcement of a 5 cents per common share dividend, the Company’s Board of Directors have subsequently approved to increase, for this time, that amount by 50% and pay a total of 7.5 cents per common share on June 26, 2020. The record date has been set for June 22, 2020 with ex-dividend date June 19, 2020.

Corporate Strategy & Outlook
The primary objective of management since the beginning of the year has been to ensure that the fleet’s crew is safe and sound in these challenging times, especially as government actions around the world have applied harsh, but necessary restrictions to contain the Covid-19 pandemic.

In this unprecedented environment, with 65 vessels navigating all corners of the world and crewed by 2,000 seafarers, management’s goal has been to ensure their health and safety. We are proud to have safeguarded our employees to the best of our ability, so far.

During this period, the silver lining has been the strength of the tanker market, due to its solid fundamentals and the strong demand for our services during the first six months of 2020. In this environment, TEN took the opportunity to agree long-term accretive charters, that will secure the Company’s positive performance for the remainder of 2020.

Maintaining a strong balance sheet by increasing liquidity and reducing debt obligations continues to be a priority. As previously stated, it remains management’s intention to initiate the, at par, redemption of its Series C preferred shares next quarter.

“In the first quarter of 2020, the pandemic was accompanied by a strong tanker market that continued well into the second quarter. During that period, TEN fixed long-term charters for its vessels that will secure positive returns for the remainder of the year and beyond,” Mr. George Saroglou, COO of TEN commented. “Management continues to be in discussions with first-class charterers for similar accretive employments to safeguard cash flow visibility, a core element in TEN’s strategy. The safety of our seafarers was, is and remains our top priority as TEN continues its long established and market tested operating model to achieve the highest utilization levels and long-term profitability. This is the fourth and most challenging crisis we have successfully navigated in 28 years of operations. We would like to thank all our colleagues for their efforts during these extraordinary times and wish them to remain safe and healthy,” Mr. Saroglou concluded.

Reverse Share Split
At the Company’s Annual General Meeting which was held on May 28, 2020 it was resolved by shareholders to undertake a one-for-five reverse split of our common shares by which one new common share will be given in exchange for every five currently held. This is scheduled to take effect at the opening of trading on July 1st, 2020 and management expects this to increase the universe of investors with the ability to invest in TEN. Further details will be provided in a Press Release on this topic.
Source: TEN