The breakdown of the OPEC+ alliance on 6 March resulted in a sharp drop in oil prices and a 12 million barrels per day (bpd) record high crude oil production from Saudi Arabia in April. During the second half of April, Chinese buyers were busy.

BIMCO notes that the majority of VLCCs fixtures done out of the Persian Gulf at that time, shifted towards Far Eastern destinations, especially to China. The arrival of those barrels pushed up imports in May.

Imports up by 10.5 million tonnes

For the first five months of 2020, imported crude oil volumes in China have risen by 5.1%. 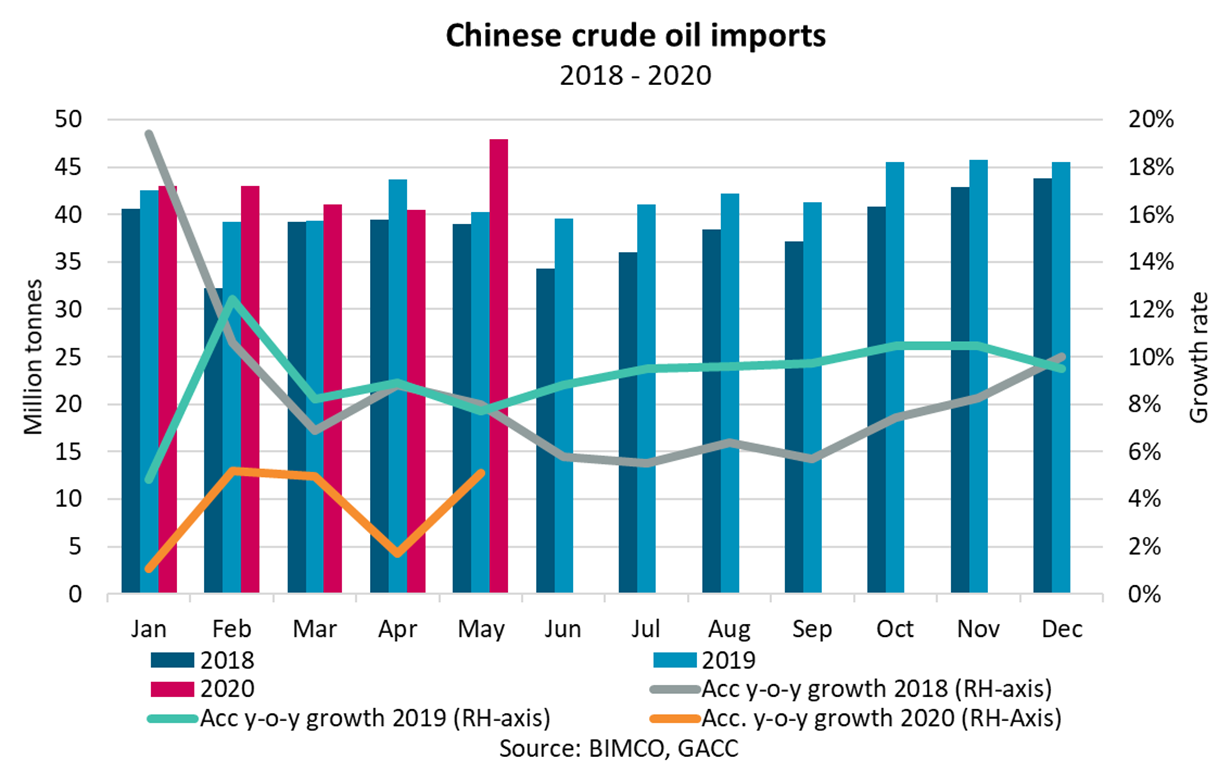 Global crude oil tanker freight rates soared from USD 33,706 per day for the week ending 6 March, to USD 279,259 per day in the following week, as the Saudis moved swiftly into the charter market, securing tonnage for April exports of its excess production amounting to 2 million bpd more than in March to overseas costumers.

Freight rates for moving crude oil from the Persian Gulf to China peaked for the week ending 24 April at USD 195,658 per day, before their decline in tandem with the oil production cut from 1 May, hitting a daily USD 79,794 on the first day of May.
Source: BIMCO