Sharrow Marine announced today plans to have a mass-produced, cast version of their award-winning propeller in production by the end of this year.

The SHARROW PROPELLER™ MODEL MX-1 has garnered widespread attention for its innovative, new design that offers some of the largest improvements in fuel efficiency and performance that the boating industry has ever seen. Earlier this year, it won one of the coveted Innovation Awards at the 2020 Miami International Boat Show.

Consumer excitement over the new SHARROW PROPELLER™ MODEL MX-1 is rooted in the fact that it is 9-15% more efficient than the industry standard Wageningen B-Series design and offers a host of performance improvements including higher top speed, better handling, reduced vibrations and a stronger propeller in general. 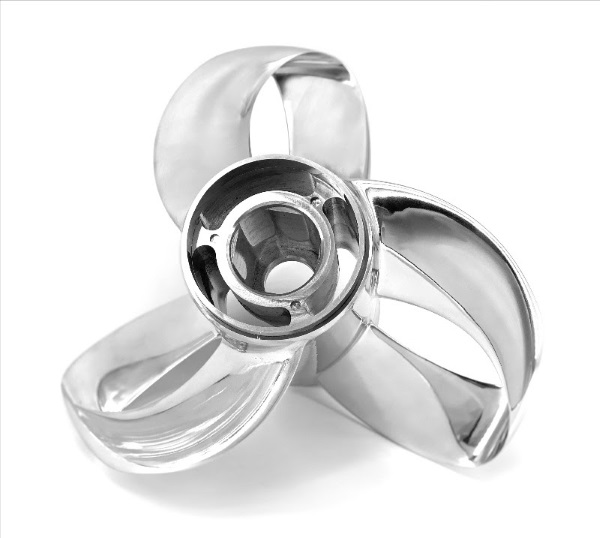 The Sharrow Propeller™ is currently available in a custom-made, CNC-machined model (available in either aluminum or stainless steel). With new manufacturing partnerships now in place, Sharrow Marine will begin accepting advance orders on a more affordable, cast version of the propeller. Production will begin later this year with delivery in Spring 2021. Customers can place a fully refundable $100 deposit starting today on the mass-produced version of the propeller at www.sharrowmarine.com.

“We’ve been blown away with the energy and excitement over the new Sharrow Propeller™,” said Greg Sharrow, founder, and CEO of Sharrow Marine. “But we’ve really listened to consumers and customers and know that the custom-made, CNC-machined version is out of reach for many boaters which is why we accelerated our plans for a mass-produced, cast version. We’re thrilled we will be able to bring the Sharrow Propeller™ Model MX-1R to market ahead of schedule – a tribute to the industry’s enthusiasm behind our innovation.”

The Sharrow Propeller™ has undergone extensive third-party testing, including independent testing by BoatTEST.com. Advantages cited by BoatTEST.com and others of the new SHARROW PROPELLER™ MODEL MX-1 include:
· Performs significantly better at idle
· Planes at a lower RPM
· Is faster at all RPM settings
· Gets significantly more mpg at 3000 and 3500 RPM
· Is more fuel-efficient at every speed through water setting
· Is as much as 18% more fuel-efficient at 26-28 MPH
· Produces the highest top speed
· Creates noticeably less vibration
· Is generally quieter
· Has superior handling in tight turns at high-speed
· Improves handling in reverse
· Provides the greatest range at all speeds

Forty-six U.S. and international patents have been filed with the U.S. Patent and Trademark Office (USPTO) and foreign countries to protect the intellectual property rights for the  Sharrow Propeller™. Already, 23 patents have been awarded in the U.S., Japan, Canada, Australia, Europe (14 countries), Taiwan, China, and South Korea – with many other patent applications pending in countries around the globe.
Source: Sharrow Marine